Home > Publications > For Russia, the Ukraine Front Stretches to the Mediterranean

For Russia, the Ukraine Front Stretches to the Mediterranean 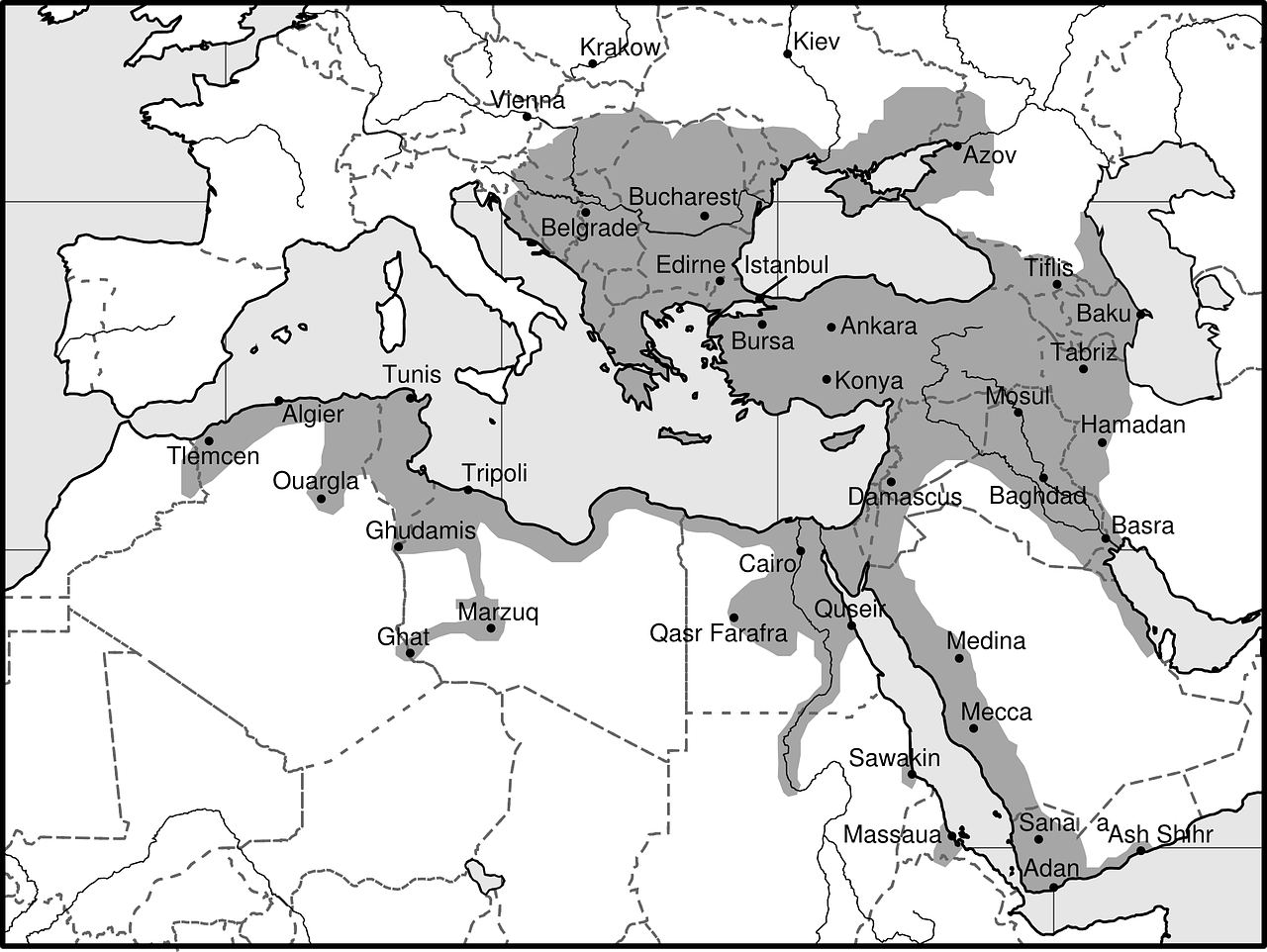 Russia’s strategic line in the current war on Ukraine doesn’t stop at the Crimea as most maps depict, but goes all the way southwards to the Mediterranean. Maps are more than the depiction of state borders, geographical features, …

For Russia, the Ukraine Front Stretches to the Mediterranean

Russia’s strategic line in the current war on Ukraine doesn’t stop at the Crimea as most maps depict, but goes all the way southwards to the Mediterranean. Maps are more than the depiction of state borders, geographical features, demographic indicators, climatic conditions and all such necessary descriptive information. The way we present maps betrays the way we perceive geopolitical events and crises. Europe must plan for the eventuality that the Eastern Mediterranean is rapidly becoming a dangerous touch point with Russia, particularly now that Turkey has closed the two strategic straits of the Bosporus and the Dardanelles to all warships thus breaking the Russian Navy’s sea bridge between the Crimea to the Mediterranean. This should be a wake-up call for Europe that the Mediterranean is an integral geostrategic part of the conflict’s jigsaw.

Russia’s strategic line: Crimea to the Mediterranean through the two straits

In the early 1980s, then Belgian Minister of Foreign Affairs Leo Tindemans was interviewed on the national broadcaster BRT soon after he assumed office. He was asked what his first act would be upon becoming Foreign Minister. He perceptively and with extraordinary foresight replied that he ordered that the map on the wall of his office, with the Continent of Europe at its centre, be replaced with one that has Japan and China instead at its centre. He stated that the change of the map should focus the attention of Belgian and European diplomacy on the geopolitical and economic future of the world, with Asia as the key driver of how both will evolve. He was proven right.

It is critically important to be looking at the right maps (including those used by the media) in the current crisis, to correctly comprehend the actual strategic Russian map – rather than how we perceive it to be. This is crucial in designing an effective response to this illegal act of aggression. Whereas the maps currently used to depict the crisis stop at the Crimea as the southernmost point in view, the Russian strategic line in effect stretches further south from the Black Sea, transiting through the two straits of the Bosporus and the Dardanelles which are under Turkish control, into the Mediterranean towards the Russian naval station at Tartus in Syria, and to Libya. This is not simply a presentational matter. Not including the two straits and the Eastern Mediterranean in the maps betrays the perception that the crisis confines itself to the Russian military line from the Russia-Ukraine border, towards Mariupol and the Crimea, and onto Odessa. Full stop. This is simply not the reality.

The Continental view is deficient: Maritime realities are as important

Such a continental view of how strategic and military lines run are fundamentally deficient, as they totally ignore the actual (regional and global) maritime realities and their impact on strategy, connectivity, and planning. It is absolutely critical that this deficiency is tackled at all levels of decision-making, as well as in the media with its critical role in building awareness among the public. If the public is fed in the evening news every day the same map ending with Crimea, it will not understand why suddenly we may be called upon to deploy in the Eastern Mediterranean. The same may also be true for political leaders if their perceptions are confined to a continental view of a particular strategic situation. This same approach will become increasingly necessary also in tackling Indo-Pacific challenges.

That the Eastern Mediterranean is an integral part of Russia’s Ukraine campaign planning, operations, and deployment is not incidental, nor is it the product of today’s geopolitics. It has been a fixture of Russia’s strategic approach since the 1770s and its attempts to establish a permanent naval presence on the coast of the current states of Syria and Lebanon, for which the Russian Imperial Navy fought several battles against the Ottoman Navy. The vexed question of access through the two straits, the Bosporus and the Dardanelles, has bedevilled Russia’s foreign policy for at least the last two centuries.

The correspondence between the last Tsarist Foreign Minister, Sergei Sazonov, and Lord Curzon, the British Foreign Secretary at the time, in the last stages of the First World War to find agreement over a post-war Ottoman settlement, focused to a great deal on the question of Russia’s secure access through the two straits. The straits were also a hotly debated Russian domestic political issue under the last Tsar. On the one hand, there were the foreign policy realists, led by Sazonov, who wanted to secure the maritime access at all costs, as they saw the link from Crimea to the Mediterranean as vital for Russia’s strategic interests. They battled the Russian and Greek Orthodox Churches’ long-standing ambition of re-conquering the Second Rome, i.e. Constantinople (the third being Moscow), an aim that was re-born when Catherine the Great made it a Russian national priority and lasted until the Bolshevik Revolution of 1917.

Turkey plays a key role: control of the Bosporus and the Dardanelles

It has been reported that Russia is reinforcing its already significant naval presence in the Mediterranean. This should be seen as part of the bigger picture of what is happening in the Ukraine. Effectively, these reported naval movements can be considered an outer defence layer for Russia’s naval operations in the Black Sea. If, as is expected, some of these ships will sail from the Mediterranean towards the Black Sea to support the current Russian operations in Ukraine, they will have to transit through the Bosporus.

This is where the question of Turkey’s control of access through the Straits, according to the Treaty of Montreux 1936, becomes of critical strategic importance. To that end, Ukraine’s ambassador to Turkey officially requested that Turkey (a member of NATO) closes the two straits, an indication of how critically Ukraine views the strategic link with the Mediterranean. Turkey responded on Monday 28 March by closing the two straits and barring all warships from passing through them by activating the 90-year international treaty, thus blocking the transit of all warships through the two straits. Turkey’s Foreign Minister Mevlut Cavusoglu warned both Black Sea and non-Black sea littoral states not to sail warships through the two straits. The treaty gives Turkey the right to bar warships from using the Dardanelles and the Bosporus during wartime. President Erdogan has presented the decision as Turkey’s contribution to de-escalation, and that Turkey will not give up on its national interests in maintaining relations with both Russia and the Ukraine.

The question is whether Russia will view Turkey’s decision through a purely legal-technical prism, motivated by a desire to help de-escalate the conflict, or as a hostile act by a NATO member state that has also been supplying Ukraine with highly effective Drones that were successfully battle-tested during the last Azeri-Armenian war of November 2020.

The Turkish decision, from a European perspective, should lead to a reassessment of the higher risk profile in the Eastern Mediterranean to reflect the possibility that Russia will consider the Turkish decision as aiming at cutting off its naval sea bridge between the Crimea and the Mediterranean. Moreover, in a very crowded maritime zone, the risk of miscalculation or accidents cannot be ruled out, especially given the Russian Navy’s high level of activity in that zone.

Europe must integrate the maritime Eastern Mediterranean geopolitical focus into its seemingly prevailing continental bias of geopolitics and strategy towards Russia. This should generate more effective responses and scenarios when countering acts of malign aggression such as the Russian invasion of Ukraine, whether militarily or diplomatically. Moreover, in Hybrid Warfare, which Russia uses to deploy combinations of Hybrid Tools that are mutually enhancing, such an understanding is critical to achieving both resilience and deterrence.

For Europe, this is a question of understanding where the actual touch lines may present themselves. The Eastern Mediterranean is every bit an integral part of the whole of the Mediterranean geostrategic zone in so far as Europe is concerned. The geopolitical distance between Beirut and Brussels is not 3,000 km: it is 200 km between Beirut and Cyprus, the eastern most border of the European Union, with United Kingdom (i.e. NATO) Sovereign Bases housed on the island. It is key to the connectivity for Europe whether in terms of cables, sea lanes, human movement, or trade. The same area, as illustrated above, is an integral part of the geostrategic zone of planning, interest, and operations for Russia. The Polish (i.e. NATO) border may be just 70 km from Lviv; but the risk profile of the Eastern Mediterranean should be viewed in a similar fashion, particularly given the risk of miscalculation in that relatively small maritime area of operations with its dense naval presence of all nations. We may be looking east and worrying about a conflagration along the Ukraine-Slovak-Polish-Romanian borders. It may just be the case that a miscalculation in the south will be the one for which we will have to plan.