Home > Publications > From Lisbon to Lisbon: squaring the circle of EU and NATO future roles

From Lisbon to Lisbon: squaring the circle of EU and NATO future roles 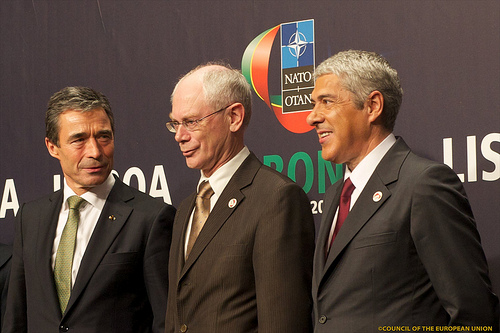 NATO emerged from its 19-20 November 2010 Lisbon Summit with a new Strategic Concept (SC) that is concise and readable. That is an achievement in its own right, as those who in preparing for the Summit struggled through the previous long-winding 1999 version will appreciate. The new text does not break a daring new path for NATO nor does it bridge any age-old divide, which perhaps explains why attention from the media and the general public outlasted the Summit itself by just a day or two. Even so the Summit can be deemed successful, for NATO needed a new and clear mission statement, as the public, and many governments, were growing restive about Afghanistan, and were beginning to doubt whether that seemingly never-ending war did not put a mortgage on the Alliance’s reason for living: the collective defence of its territory.
The new Strategic Concept provides the answers that were to be expected. Of course, NATO must be capable of both Article 5, i.e. territorial defence, and non -Article 5, i.e. worldwide crisis management operations. Evidently, the Alliance must remain committed to nuclear disarmament while maintaining nuclear deterrence as a core element of Article 5: “As long as nuclear weapons exist, NATO will remain a nuclear Alliance” (SC §17). Naturall y, it is better to have a “strong and constructive partnership with Russia” (SC §34) than to steer an antagonistic course—Russia’s own interpretation of that will become clear soon enough. The Strategic Concept offers a neat expression of NATO’s mission and how it seeks to go about it in the years to come.
And yet, a forceful Strategic Concept has not generated a self-confident Alliance, and not just because at the same time as strategizing NATO had to down-size as well. The NATO structure will be cut from some 13,000 to some 8,000 personnel. The much more fundamental reason for the existential unease that marks NATO today is its loss of centrality. The Strategic Concept contains a number of ambiguities as a consequence of trying to reconcile two ways of dealing with this loss of centrality: staying relevant by strengthening the core business, or staying relevant by adding new business lines.
(Photo credit: President of the European Council, Flickr )