Home > Publications > Half a grand strategy is not enough 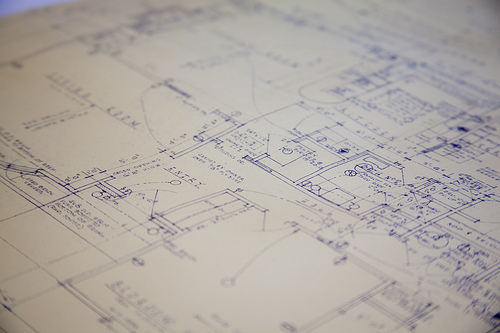 Sven Biscop points out that the EU is caught between member states that do not have a strategy and those that do but who do not have the means to implement one.

This commentary appeared in European Geostrategy on 15 April 2015.

Most if not all European states do have a certain concept of strategy. Even my own country, Belgium, counter-intuitive though it may be, has a grand strategy. Belgium may not use the term ‘grand strategy’ or even just ‘strategy’ in official parlance, but implicitly, subconsciously even, it does have one. History has taught that the powers of Europe either talk each other to death in Brussels meeting rooms or fight each other to death on Belgian battlefields. From a Belgian point of view, the choice is quickly made, hence its drive to promote European integration, especially among its immediate neighbours, France and Germany.

That is now so engrained that it is rarely explicitly discussed; it has become part of Belgian strategic culture. But it is a grand strategy, for it concerns the very survival of the country. Seventy years after the end of World War Two the prospect of war among Belgium’s neighbours seems remote, unimaginable even, but from the perspective of world history, it is but a short period. Just fourteen years shorter, in fact, than the period that elapsed between the independence of Belgium in 1830 and its invasion in 1914. Deepening European integration remains a relevant grand strategy for Belgium’s national security therefore.

But it is hardly relevant to the crises around Europe, in its eastern and southern neighbourhoods, to give just one example. Belgian grand strategy is still linked to the national territory. But Belgium is now part of a single European market and of a currency union, hence it should worry about threats to the Union as a whole, which are acute, and not just about direct threats to its own territory, which are very unlikely.

Many EU Member States are in the same position as Belgium. Their historical experience has generated a deeply engrained strategic orientation: invasion and occupation for Belgium, the Winter War for Finland, partition and abandonment for Poland, defeat for Germany, etc. But they have not adapted their strategic thinking to the fact that as EU Member States what are indirect threats to their own territory are in fact direct threats against the Union – and therefore against themselves. For most of the Cold War, European capitals were actively incentivised not to think strategically: Washington or Moscow, depending on which side of the Iron Curtain they were on, did the strategising for them and rather preferred not to have independent-minded allies. Few Member States have emancipated themselves from that mind-set of subservience, however, although the Cold War is now more than a quarter century behind us.

The problem goes even deeper than that. Because European integration has been so successful that war between EU Member States has pretty much become a practical impossibility, within the Union geopolitics and defence do not really matter that much any more. As a result, many capitals have forgotten how to think in geopolitical terms altogether. Unfortunately, this impairs their analysis of the world around the EU, even if they were to attempt to address it strategically, where most actors do still think in exactly such terms. For most capitals outside Europe, Stalin’s question – ‘How many divisions has the pope?’ – remains very acute. If Europeans do not realise that, they will never be able to correctly analyse their own strategic situation.

The exceptions are of course Britain and France (Germany has only just started feeling its way along a more strategic path). As nuclear powers and permanent members of the United Nations Security Council, France and the UK have maintained a global outlook and an expeditionary posture in their armed forces as well as military bases across the globe. Both countries have a strategic culture in which the use of force is an acceptable instrument of statecraft, and both have an intricate national strategic process, producing regular defence reviews and white books to give direction to their military instrument. But while British and French thinking does not suffer from the same self-imposed limitations as that of most other Europeans, their means to implement whichever strategy they elaborate have become very limited indeed. Neither France nor the UK alone can have any significant impact on security in Asia, for example. Even France and the UK together could not pacify Libya: US assets were required to undertake the air campaign in 2011, and EU means would have been required to stabilise the country afterwards.

Most do not have a strategy that addresses the actual threats and challenges, and those that do do not have the means to implement it: is not the logical conclusion to pool both the strategic reflection and the means at the EU level?