Home > Publications > Health check of the CAP: what’s at stake?

Health check of the CAP: what’s at stake? 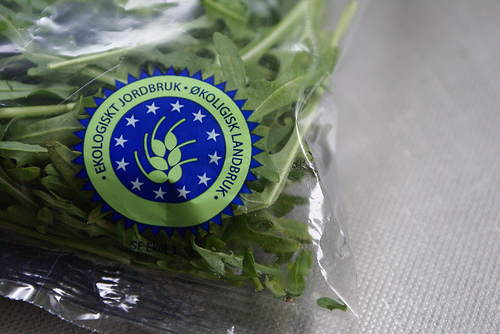 At the end of 2007, the European Commission launched the Health Check (HC) of the Common Agricultural Policy (CAP). After a consultation with all stakeholders, legislative proposals were made in May 2008, on which the Agricultural Council is intending to agree before the end of 20081 which will be under the French EU Presidency The role of the European Parliament is consultative, but it would receive co-decision power once the Lisbon Treaty enters into force. According to Commissioner Fischer Boel, who is responsible for Agriculture and Rural Development, the HC is not a new fundamental reform, but rather an evaluation of the 2003 reforms. The main features of the 2003 reform were the decoupling of direct payments, conditionality under cross-compliance and the shifting of funds from the first to the second pillar under compulsory modulation. The objectives of the HC are to strengthen the market orientation of CAP, the principle of decoupling and the rural development policy. Yet until today, there remain a number of ambiguities and uncertainties, which make it difficult to assess what will be the scope of the decisions:
-The general context contains both positive and negative elements, the positive relate to the fact that the review is not forced up on the EU by the market situation as with previous reforms. The negative elements are more troublesome aspects, such as the upcoming budgetary mid term review in 2008/9 and the next multiannual financial framework for the period 2014-2020 and the end of term of the Commission and the Parliament.
-Regarding the extent of the ambitiousness, it is difficult to identify a common ground between the modest approach of the Commission and the declarations made by the future French presidency, which indicated its willingness to question the foundations of CAP and to restate its objectives.
-The general orientation of the review remains to be seen, as there are considerable differences between some of the visions.
This paper will try to indicate what is at play in the discussion on the HC, because the interests concerned are more diverse than we may assume. The debate on the HC is directly or indirectly linked with a wide range of issues that are of importance to the society. Of course, agriculture has always been about food production. But in rural areas, agriculture is not only an important economic factor but also an element of the regional policy and a strong incentive for decent land management. Furthermore, European consumers demand agricultural products of the highest quality, produced in an environmentally friendly way, with respect for animal life and health. Moreover, the surge of bio-energy has created another outlet for agriculture, namely contributing to a diversified and secure energy supply. Finally, European agriculture does not stand on itself. Finally, in the World Trade Organisation (WTO) negotiations in the Doha Development Agenda, European agriculture is under pressure to reduce more trade distorting elements of its CAP.