Home > Publications > How will the coronavirus epidemic impact the European Union? 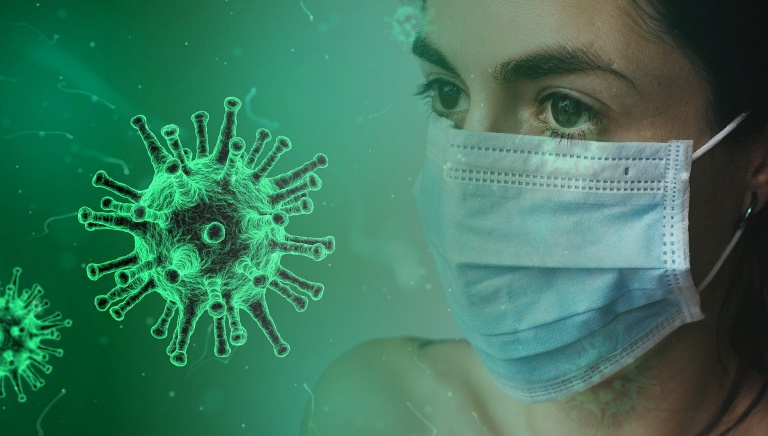 These blog articles were first published in Centre for Geopolitics.

Brendan Simms, Director of the Centre for Geopolitics

The protagonists of the European Union say that it never lets a good crisis go to waste. Its critics, and even some of its friends, argue that the EU never misses an opportunity to miss an opportunity. First, Europe failed to respond to the collapse of Yugoslavia by waging a War of European Unification against aggression and ethnic cleansing. Then, so some argue, it missed the chance to do so the same in the ‘War on Terror’. The EU’s dismal response to the 2008 financial crisis is well documented and led to catastrophe in Greece and the common currency to edge of disintegration. Europe also did not seize the opportunity to achieve political union in the face of Russian aggression in Crimea, nor did it do so during the Brexit negotiations, which it conducted as a confederation of nation states, rather than a supernational union.

Now, critics argue, the EU risks eclipse by the Coronavirus epidemic. At a time when coordinated action and solidarity should have been at a premium, it is fragmenting into its component member-state parts. Spain, for example, has been left to appeal to NATO for help, while Italy turns – ironically – to China. Schengen was quickly suspended and will probably remain so for quite a long time. There is no need to worry about Brexit, one might think, because thanks to the economic shutdown, we have just had a ‘hard Brexit’, and Frexit, and Nexit, and so on. Many fear that the economic fallout may yet capsize the euro. Union-level relief measures and emergency responses have been weak and belated; the member states have made all the running, right down to German beds for Italian and French patients. Does all this suggest that the triumph of the nation state in Europe is now complete?

One could lock down one of the German Länder or French départements to stop the spread of the coronavirus. But nobody would think for a minute that a province or a county could manage economic recovery after the crisis all by itself, or even that it could ensure vital medical supplies today. That requires the power of the state. In many ways, however, the member states of the EU are themselves but provinces of the single market, Schengen, and the Euro. But few leaders think that way. In a crisis, the first instinct is national; then comes the insight that the state, though indispensable, is insufficient. Overcoming the crisis will require the EU: to create the legal framework, to take innovative measures (issuing “coronabonds”, for example), and to provide funds itself.

Member states’ initially selfish behaviour (refusing each other medical aid and closing borders without coordination) has done great damage to the idea of Europe. The Italians and others will not soon forget – but they would be wrong to blame the EU as such. The EU could not act decisively on the medical emergency itself, because the member states gave it the power to deal with swine flu, but not with with any human flu.

The EU must now prove itself. Both after the 2008 financial crisis and after the 2016 Brexit referendum, political leaders of all colours suddenly discovered the need for a “social Europe” – and then forgot about it. The EU cannot make that mistake again. Strong Keynesian policies must now create an economically powerful and socially just Union. Commission president Ursula von der Leyen has already proposed both a European Marshall Plan and a European unemployment insurance scheme. If not all national leaders have yet understood, many people actually have. An early April poll showed 79% of the Italian and 85% of the Spanish respondents asking for more European cooperation. Let’s not disappoint them.

The principle of subsidiarity (issues are addressed at the lowest level that can effectively deal with them) is formally enshrined in the Lisbon Treaty (and in previous Treaties). In fact, from day one of the EU it was the stepping stone to an ever closer Union. Subsidiarity thus also implies that some issues have to be dealt with at a higher level. In practice, however, there was always a precondition before the EU could intervene that I would describe as: the political leadership in the member states had each time to evolve through the following 5 levels.
– Level 1: The necessary action cannot be successfully undertaken by the Member States: insufficient.
– Level 2 : Postponing action has already created considerable damage to all Member States: still insufficient.
– Level 3 : The magnitude of the damage done is such that you can’t hide it any longer in diplomatic circles nor from public opinion: not convincing.
– Level 4: The political leadership in all Member States is desperate: still not that convincing.
– Level 5: The political leadership in all Member States sees no alternative to intervention by the EU institutions: agreement.
It usually takes years to collectively evolve from level 1 to level 5. With the outbreak of the coronavirus, in less than 2 months we are at level 4.7. It may take a few days more. Then, as usual, right before a total collapse, we will reach level 5. The coronavirus will indeed have a considerable impact on our Union. However, it will neither infect nor destroy the EU. Quite the contrary: the stages to reach EU intervention will probably be the only “business as usual” that the we will experience in 2020.