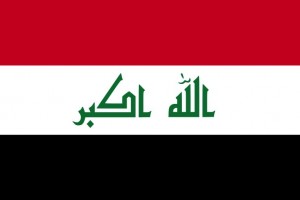 In this article, Sven Biscop places the present crisis in Iraq in its regional context and argues that while Iraq was not initially Europe’s war the continent has a stake in resolving it.

If there was one piece of good news about the war in Syria, it was that it had not spilled over into neighbouring countries where the risk appeared the greatest: Lebanon and Turkey. It was a close-run thing, and an incident can still provoke escalation, which may require military intervention to contain the war within Syria’s borders. And there is of course the enormous refugee problem.

Then the war spectacularly hit Iraq, as the Islamic State in Iraq and the Levant (ISIS) group that was fighting Assad in Syria took everyone by surprise by capturing large parts of the country, together with its Baathist and tribal allies. With the Iraqi armed forces melting away before them, ISIS advanced rapidly to within striking distance of Baghdad.

Nobody had been looking much at Iraq. Not the Europeans, because they regard it as a mess that the United States (US) created (and who can blame them for that, though some Europeans prefer to forget on which side of the debate they stood back in 2003) and that therefore the US has to solve. And not the Americans either, who are happy to be rid of the Iraqi problem (or so they thought) and are focused on getting out of that other quagmire, Afghanistan.

The new crisis constitutes another proof of the error of invading Iraq in 2003 and of the failure of the policies subsequently pursued (as if more was needed). Everyone is now looking to the US to rescue the government in Baghdad, including militarily. But Europe can no longer consider this to be just an American problem, for the stability of the entire Middle East is at stake. Furthermore, ISIS is exactly the group that many fighters originating from Europe have joined, which might pose security risks if and when these eventually seek to return.

So what is to be done? What can be done?

There is no military solution, President Obama was quick to state, but if ISIS’ advance cannot be stopped there will be no political solution either. Military action is required to halt ISIS and to take back the initiative. Nobody can expect the US to send its ground troops back in, but American air support is probably vital. Yet even a massive air campaign (which it probably will not be) will be ineffective if the Iraqi army cannot hold its ground.

Simultaneously, thorough political change in Baghdad, as rightly called for by Obama, must aim to placate other actors that are clearly involved in the rising in the north of Iraq. Only a truly representative government can isolate marginalised Sunnis from the extremist ISIS. Waiting until the brutality of their methods will work against them is no option.

Meanwhile the European Union (EU) and the US, together with the United Nations (UN) and Russia, have no option but to keep putting pressure on all parties in Syria to bring them to the negotiating table and end the war that is now fuelling instability in Iraq as well. In view of the stalemate, any agreement might have to include a continued role for Assad, at least in a transitional phase, for it to be workable. However much we may dislike the idea on principle, the crisis in Iraq and the urgency of a cease-fire has probably tilted the balance in favour of realism.

Does the West have any allies in this fight? The Kurds are holding their own, but encouraging them will further stimulate the fragmentation of Iraq. For the moment Turkey cooperates well with Iraqi Kurdistan, but it remains to be seen how Ankara will react if the Kurds scale up their ambitions. Iran is greatly concerned by ISIS’ slaughtering of Shia, but at the same time wishes to see the Shia-dominated government in Baghdad continue.

In any case, the attempt to involve Iran in the Syrian negotiations has to be kept up, for a settlement has to take into account the proxy war with Saudi Arabia that is going on. The West’s role is not to take sides, but to strive for a regional arrangement in which all find their place. Hence the strategic importance of the broader negotiations with Iran itself. Care must be taken not to jeopardise the outcome of these negotiations by appearing so eager that Tehran would no longer see a reason to make many concessions – European energy companies are especially chafing at the bit. Yet a ‘normalisation’ of relations with Iran would be a breakthrough indeed.

‘Normalisation’ can only go so far, in view of the serious human rights issues in Iran (such as the hanging of homosexuals), though the situation in Saudi Arabia, the West’s ‘ally’ in the Gulf, is hardly any better. But even a limited shift towards constructive relations on an issue-by-issue basis would be a game-changer for the Middle East and the Gulf – and there probably is a much bigger chance of transition in Iran, which is in many ways a much more open society than in Saudi Arabia.

Europe and the US could thus try to maintain an equidistant position between Riyadh and Tehran, further diversify energy supply, and stabilise the Middle East. As the US role vis-à-vis Iran remains constrained, for domestic political reasons, the EU is best placed to imagine an ambitious diplomatic scheme to take this forward.