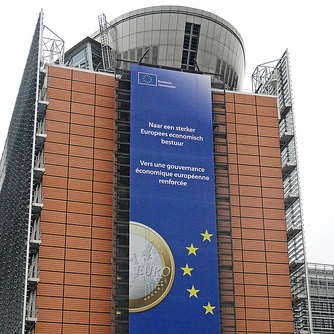 European Parliament Note. This note discusses the European Commission’s proposal to introduce wide-scale macro-economic conditionalities in cohesion policy. In essence, this would make cohesion funding dependent on respecting the European economic governance rules. The note finds that such conditionality would be advantageous for economic governance, but it is likely to have a negative impact on cohesion policy. More importantly, it is doubtful that the European Commission’s proposal would contribute to achieving the overarching goal of both policies: balanced economic growth in Europe.
(Photo credit: Corporate Europe Observatory, Flickr)