Home > Publications > ‘Mixed’ feelings about the EU–Mercosur deal: How to leverage it for sustainable development

‘Mixed’ feelings about the EU–Mercosur deal: How to leverage it for sustainable development 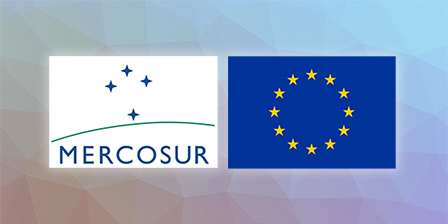 Before signing the EU–Mercosur trade agreement, the European Commission must deploy all its legal instruments, in close cooperation with the Parliament and Council, to guarantee strong sustainable development commitments from the Mercosur countries. The EU should also avoid concluding the deal as a mixed agreement.

‘Mixed’ feelings about the EU–Mercosur deal:
How to leverage it for sustainable development

Before signing the EU–Mercosur trade agreement, the European Commission must deploy all its legal instruments, in close cooperation with the Parliament and Council, to guarantee strong sustainable development commitments from the Mercosur countries. The EU should also avoid concluding the deal as a mixed agreement.

In June 2019, the EU and the Mercosur countries reached a free trade agreement (FTA) after almost two decades of negotiations, as part of an overall association agreement (AA). This FTA would establish the largest free trade area that the EU has ever created, covering a population of over 780 million. It would gradually (and only partially) open up the highly protected Mercosur economies and establish a strategic partnership with a region where China recently replaced the EU as the main trading partner. Updated EU FTAs with Mexico and Chile are also underway.

The European Commission is currently finalising the agreement’s ‘legal scrub’ and translation into all official EU languages. Its next step is to submit it to the European Parliament and Council for signing and conclusion, as well as to all 27 member states. Signing this FTA is a priority for the current Portuguese EU Presidency.

However, the FTA is already strongly contested, mainly because of environmental and climate concerns. Environmental and agricultural civil society organisations are rallying against the agreement, while national or regional parliaments in Ireland, Austria and Belgium have already adopted (non-binding) resolutions rejecting the agreement. Moreover, the European Parliament’s recent resolution states that “the EU-Mercosur agreement cannot be ratified as it stands”, a position that France also propagates.

The main concerns surrounding the EU–Mercosur FTA relate to the deforestation of the Amazon, the intensive agro-industrial model of the Mercosur countries, and Brazil’s weak commitment to the Paris Agreement under President Jair Bolsonaro. The scope of its trade and sustainable development (TSD) chapter has been criticised as being too limited, and its enforcement mechanisms too weak. In all recent EU FTAs, disputes under TSD chapters are exempted from the general dispute settlement mechanism (which can lead to the suspension of trade preferences in the case of non-compliance). Instead, they rely on a weaker mechanism involving the monitoring by and consultation of a joint TSD sub-committee, civil society domestic advisory groups and a panel of experts. The EU recently enacted this procedure for the first time under the EU–South Korea FTA.

The Commission is increasingly being called upon to strengthen the scope and enforcement of these TSD chapters. In May 2020, France and the Netherlands proposed incentivising the effective implementation of TSD commitments by rewarding partner countries with the staggered implementation of tariff reductions linked to the effective implementation of its provisions. Their non-paper also discusses the possibility of withdrawing those tariff preferences in the event of a breach of those provisions. The European Parliament expressed its support for this approach and called on the Commission to explore a sanctions-based mechanism as a last resort. The European Ombudsman also criticised the Commission for failing to finalise the EU–Mercosur FTA’s sustainability impact assessment before concluding the negotiations.

In response, in its new trade strategy, the Commission promised a comprehensive review of its 15-point action plan on implementing and enforcing TSD chapters effectively, by mid-2021. However, this review will only feed into ongoing and future FTA negotiations and will therefore not impact the EU–Mercosur FTA. In the meantime, the Commission – particularly its new Chief Trade Enforcement Officer – is also strengthening the EU’s autonomous TSD enforcement toolbox by establishing a new Single Entry Point that would allow all EU-based stakeholders to lodge TSD-related complaints. Moreover, the Commission will propose a mandatory environmental and human rights due diligence instrument this summer. This instrument would require companies to address human rights and environmental standards within their value chains. Later this year the Commission will also adopt a legislative proposal aimed at minimising the risk of deforestation and forest degradation associated with products placed on the EU market.

It is unlikely that these new tools will reassure or convince opponents of the EU–Mercosur FTA. As both the Commission and the Mercosur countries have declared that they will not reopen negotiations, the former is currently pursuing additional TSD commitments from the latter. According to the Commission, “it needs meaningful results and engagement from Mercosur countries before it can propose the agreement to the Council and Parliament for signature and conclusion.”

In order to enshrine such additional TSD commitments into a legal document, the following legal options are available:

The format and scope of this flanking instrument still need to be determined. One option would be that both parties (explicitly) agree that this document is an interpretative instrument in the sense of Article 31 of the Vienna Convention on the Law of Treaties. The benefit of this option is that it would have legal force, be binding and would need to be considered by the parties, arbitrators and panel of experts under the FTA’s dispute settlement procedures.

The EU and Canada used such a joint interpretative instrument in 2016 to persuade the Walloon government to drop its veto against signing the Comprehensive and Economic and Trade Agreement (CETA). This joint instrument also included clarifications on the CETA’s TSD provisions. The binding nature of this instrument was confirmed by the European Court of Justice (ECJ), which relied on this instrument in its landmark Opinion 1/17 to argue that CETA is compatible with EU law.

The disadvantage of such a joint binding instrument is that it limits the option to go significantly beyond the commitments in the TSD chapter, preventing a more ambitious approach. At best, it can include more ambitious commitments in a non-binding way (i.e. a declaration of intentions).

A final option that could facilitate the signing and ratification of the EU–Mercosur AA would be to conclude it as an ‘EU-only’ agreement and not as a mixed one. This would imply that only the EU (i.e. the European Parliament and Council) needs to ratify the agreement, avoiding 27 long and unpredictable ratification procedures by the EU member states. For example, the provisionally applied CETA is still awaiting ratification by 12 member states.

After Wallonia’s temporary blockade of CETA in 2016 and the ECJ’s landmark Opinion 2/15 on the EU’s broad, exclusive competences to conclude FTAs (with the notable exception of portfolio investment and investor-state dispute settlement), the EU has concluded ‘split’ EU-only trade agreements and mixed investment agreements with Vietnam and Singapore (and an EU-only FTA with Japan). Significantly, considering their political importance, the Council has stated that FTAs concluded in the context of AAs (with e.g. Mercosur, Mexico, Chile) must remain mixed. However, there is no legal requirement to conclude AAs as mixed. This was evidenced recently by the EU–UK Trade and Cooperation Agreement (TCA), when the Council decided to exceptionally exercise the shared Union competences for several of its provisions.

This option would not be ‘less democratic’ than a mixed agreement, as member states would not lose their veto – AAs require exceptionally unanimity in the Council. The European Parliament, which needs to approve the agreement, would guarantee democratic legitimacy and parliamentary oversight over such an EU-only AA. National parliaments, on the other hand, should be encouraged further to strengthen democratic oversight over the EU–Mercosur AA (and FTAs in general) indirectly by scrutinising the positions of their respective governments in the Council.

Another option being considered within the Commission is to split the EU–Mercosur FTA from the political part of the AA. Although legally possible, such a scenario seems unrealistic as it would face strong opposition from the Council and member states.

Not a single trade agreement in the world could solve the Mercosur countries’ many crucial climate and environmental challenges – not even a modified FTA with a sanctions-based TSD chapter. But if the EU is to take its Green Deal and sustainable development objectives seriously, it must leverage its trade power and tools to the fullest extent.

The European Commission should therefore deploy all the flanking legal instruments to guarantee strong TSD commitments from the Mercosur countries, including strong monitoring and implementation procedures using the joint AA bodies. Both the Parliament and Council must be informed and consulted about the envisaged joint declaration ahead of time to guarantee a strong and aligned EU position vis-à-vis Mercosur.

Guillaume Van der Loo is a Research Fellow at Egmont and EPC and a Visiting Professor at Ghent University.

This Commentary is a joint EPC–Egmont publication, part of a broader partnership that focuses on exchanging expertise and analysis on EU affairs and the EU’s role in the world.