Home > Publications > NATO, ESDP and the RIGA summit: no transformation without re-equilibration

NATO, ESDP and the RIGA summit: no transformation without re-equilibration 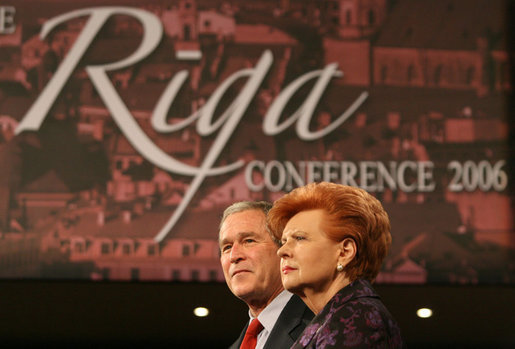 If NATO at the time of the 2002 Prague Summit assertively shook off the limitations imposed by the ‘out-of-area debate’ and looked forward to an ambitious worldwide role, the Alliance in 2006 seems to have lost confidence. The nervousness concerning the lack of a civilian crisis management dimension, especially evident when compared with the civilian dimension of ESDP, the compulsion to enhance its profile by participating in ever new types of missions in ever new parts of the world, and the permanently strained relationship with the EU appear to be symptoms of an existential unease and a loss of direction. Even the most avid Atlanticists – or they in particular – have noticed. Consider the introduction to a high-profile report by a Spanish think tank presided by former Prime Minister José María Aznar: What really endangers the cohesion of the Alliance and provides the key to whether the organization really has a future is the loss of the organization’s raison d’être, the lack of a mission that can be shared by all of NATO’s members (FAES 2005, p. 11). Under the heading of ‘NATO transformation’ two Summits of Heads of State and Government, one in Riga on 28-29 November 2006 and one in 2008, are to provide a remedy. A ‘global partnership’ embracing democratic States from all over the world, common funding of operations and capabilities, and a role in civilian crisis management and peacebuilding are all on the agenda. Yet the question is whether these Summits can give a renewed sense of direction and confidence to the Alliance without addressing the real cause of the loss of a common purpose. That root cause is a new structural factor in transatlantic relations and the world order: the emergence of the EU as a strategic actor in its own right, with its own policies and priorities, and with ever growing ambitions and capabilities. The EU and NATO already have 19 out of respectively 25 and 26 members in common and, collective defence apart, have the same functional and geographic scope: peace support operations (PSOs) – or ‘Petersberg Tasks’ and ‘non-Article 5 operations’ – across the globe. As long as the relationship between them has not been settled, no ‘NATO-to-NATO’ summit can provide a lasting answer to the questions which the Alliance is facing, and every initiative, including the upcoming summits themselves, will be seen in the light of EU-NATO competition. This paper proposes one model for a re-equilibrated transatlantic partnership: a two-pillar Alliance.1 Prof. Dr. Sven BISCOP Senior Research Fellow, Royal Institute for International Relations (IRRI-KIIB) Professor of European security, Ghent University
(Photo credit: Wikimedia Commons)