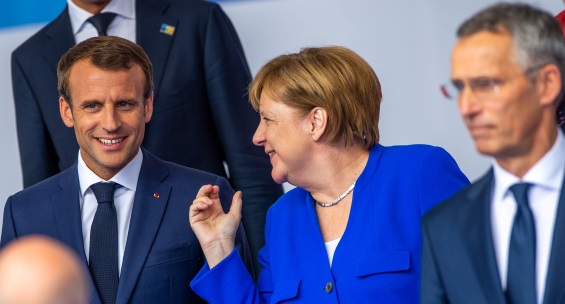 NATO is braindead, according to French President Macron. It could have been worse: he could have said that a certain important NATO leader is braindead (and more people would probably have agreed with him, at least off the record). Nonetheless the NATO Leaders Meeting in London on 3-4 December promises to be interesting.

NATO is braindead, according to French President Macron. It could have been worse: he could have said that a certain important NATO leader is braindead (and more people would probably have agreed with him, at least off the record). Nonetheless the NATO Leaders Meeting in London on 3-4 December promises to be interesting.

US Secretary of State Pompeo reacted immediately: if NATO doesn’t change, it risks becoming obsolete, he stated. He’s right about that, but the problem is that the way the US looks at NATO is obsolete already, and has been for a long time.

In recent years Washington keeps repeating the same message to its European Allies: you need to spend more on defence. Not just on anything, though: you should put the extra money to good use buying F35s, Patriot missiles and other American equipment. And when the extra capacity enters the line, we will tell you when and where to deploy it. That’s not how politics works, obviously. Every state that spends money will want it to benefit its own industrial base as well, and every state that gains more capacity will want to decide itself how to use it.

Unfortunately, the attitude of many Europeans is equally obsolete. All too many European leaders still act (or rather, yield to inaction) as if the US will come and solve all of Europe’s security problems. As if the US hasn’t constantly repeated, ever since the civil war in former Yugoslavia in the 1990s, that we Europeans will have to tackle any crisis around Europe that does not directly threaten our territory ourselves.

What’s more, for the US its rivalry with China now is priority number 1, and Asia is the theatre where that rivalry will mostly play out. Therefore, even in case of an Article 5 scenario, a direct attack on a European Ally that activates collective defence, the US cavalry might arrive later, and in smaller numbers, than we have hitherto assumed, if there is a crisis in Asia at the same time.

So yes, NATO must change. Putting China on the agenda of the Alliance, which is what the US is now pushing for, is not the solution, however. If they push hard enough, the Europeans will give in, as usual, but will afterwards just pay lip service to an agenda that they don’t really support. For the European Allies, NATO’s raison d’être remains the deterrence of Russia. They too see China as a systemic rival and an economic competitor, but also as a strategic partner. China is all of those, depending on the issue at hand and on how it behaves; Europeans certainly don’t consider it “the enemy”.

What is the future of NATO then? A more balanced, hence more European Alliance.

The European pillar of NATO, i.e. those Allies and Partners who constitute the EU at the same time, must achieve the strategic autonomy to deal itself with crises around Europe, without the US. That American demand is but logical. Moreover, it would also be logical for the Europeans in NATO to start seeing themselves as the first line of defence in an Article 5 context as well, which is capable of defending itself until American and other reinforcements arrive.

All of this will require more capabilities, in a higher state of readiness, than the Europeans can put into the field today. The solution is to be found in the EU: through Permanent Structured Cooperation (PESCO) the Europeans can gradually align their armed forces. Such military integration is the only way of guaranteeing that the extra means that most European countries are now spending are used in an optimal manner. Rather than criticising PESCO and the European Defence Fund (EDF) therefore, the US should be actively encouraging it, and accept that the best possible way for the Europeans to achieve NATO targets is through the EU.

Is Macron’s statement helpful in this regard? Probably not: various European leaders are scrambling to express their disagreement and profess their loyalty. But they should not go too far: the EU has the habit of apologising for its defence initiatives, even when they make perfect strategic sense. In full transparency but also in full autonomy, the EU should continue on the path that it set out and make maximum use of PESCO and the EDF. That will strengthen NATO, not damage it.

NATO has existed for 70 years in 2019. The chance that it adds another 70 years is larger than the chance that it will disappear. But will this be out of conviction or out of inertia? What’s good for the US no longer always is good for Europe and the EU. That will remain the case after Trump, because Europeans and Americans just look at our multipolar world differently. If you want a strong NATO, therefore, you must choose for a strong EU. In the long term, that is the only real Alliance: not between the US and a host of individual European countries that are no longer actors on the world stage, but between the US and the EU as such. If that would be the objective, I would gladly call myself both a Eurofederalist and an Atlanticist.

This article was first published on Encompass-Europe.

Translated in Dutch on De Morgen.