Home > Publications > Of Greeks and Romans: the EU, US and security strategy in a multipolar world

Of Greeks and Romans: the EU, US and security strategy in a multipolar world 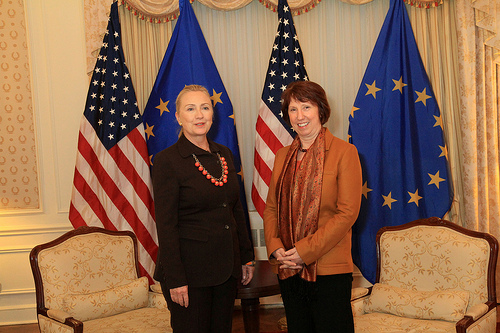 The US rightly has great expectations of the EU, especially now that the Lisbon Treaty has entered into force. Washington should not hesitate to encourage the more Atlantic-oriented EU members to make the fullest possible use of the new Treaty provisions. The choice for Washington is easy: continue to work with a divided Europe, which is easy to steer, but which has limited capabilities to bring to the table; or stimulate a stronger and more united Europe, which will undoubtedly demand a greater say in decision-making, but with which true burden-sharing will be possible. With Lisbon in place, the EU no longer has an excuse not to translate its ambitious Security Strategy into real strategic actorness. The most successful Roman empire was Byzantium, the rulers of which called themselves ‘Romaioi’ – in Greek.
(Photo credit: EEAS, Flickr)