Home > Publications > Relations Between the EU and the UK 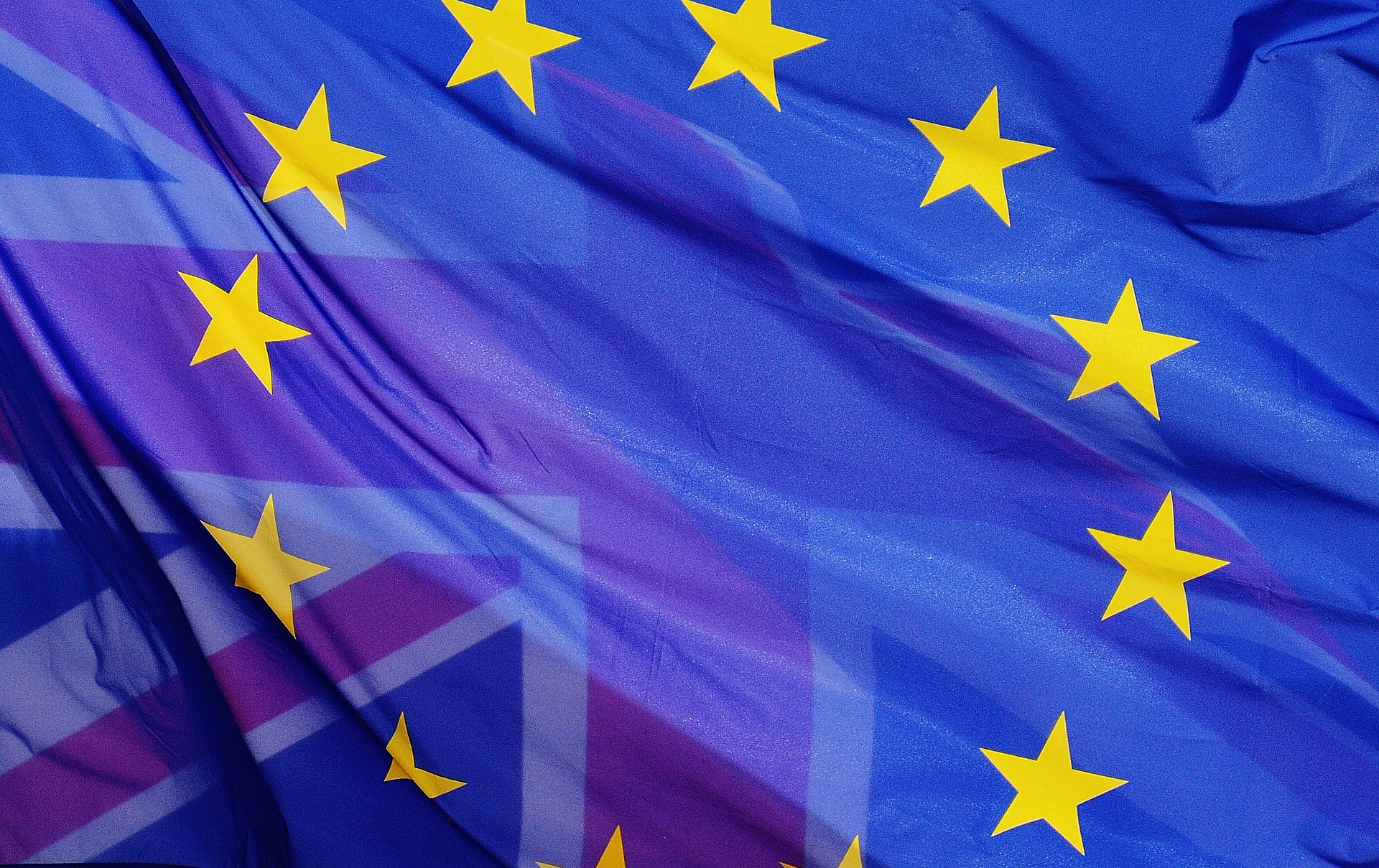 It has been remarkable to see and hear the gracious messages of condolences from EU leaders on the death of Queen Elizabeth. Those messages invariably contained references to the importance of relations with the UK. In fact, all through the various episodes of Brexit the responsible politicians on the European side have gone out of their way to show respect for Britain and to plead for relations as close as possible.

It has been remarkable to see and hear the gracious messages of condolences from EU leaders on the death of Queen Elizabeth. Those messages invariably contained references to the importance of relations with the UK. In fact, all through the various episodes of Brexit the responsible politicians on the European side have gone out of their way to show respect for Britain and to plead for relations as close as possible. Sadly, this generosity in word and deed has not been reciprocated by the British government. What we mainly hear from their side are saber-rattling, veiled threats, and undisguised scorn for the EU. This is not only sad, but also deeply worrisome for the future of our relations. It bears repeating that it was the UK that left the EU, not vice-versa. As to the ‘shackles’ imposed on Britain by the EU: the reality is that Britain, which was in serious economic trouble in the 1970s, vastly improved its economic and societal standing while being part of the EU.

I vividly remember the talks around the February 2016 package that was meant to help then PM Cameron win the referendum on Brexit. It was an odd negotiation. Here you had senior officials from the two sides who, while being loyal to their respective political masters, jointly tried to find ways of helping Britain stay on board. I was struck at the time by the breakdown of trust in the UK between the political establishment and the senior civil servants. The former simply stopped listening to independent administrative advice that did not tally with the ideological bias that was theirs. This was a far cry from the world of “Yes Minister” and “Yes Prime Minister” when relations between politicians and civil servants were far from easy but much closer.

It is difficult to be optimistic on EU-UK relations in the short term. The latest anti-social rhetoric of the new British government will make British access to the Single market even more difficult in the future. The constant talk of disapplying parts of the Northern Ireland Protocol and the threat of walking out of the European Court of Human Rights cast doubts on the reliability of Britain as a state. All the EU can do at this stage is to plead for mutual respect, avoid burning bridges, and prepare, behind the scenes, for a reconstruction of the relationship once the political conditions in the UK allow for this. European leaders have understood this, to judge from their dignified communication towards the UK and its people. But to preserve a better future, it is important not to be naïve and to understand the following key points:

1) The origin of Brexit lies in the UK and its political developments. We know that Euroscepticism is not just a British phenomenon, but so far we have not seen elsewhere the same level of toxic interplay between Eurosceptic views and the ruling class. And the role of parts of the British press cannot be overstated. I have always wondered how so many people in Britain could be going on about British sovereignty while accepting the power and influence of a few unaccountable press tycoons over their lives. It was somewhat shocking to see Tony Blair traveling the width of the globe, just days before the first elections that brought him to power, to pay homage to Rupert Murdoch at a conference in Tasmania!

2) The solution in the future can only come if there is a change of mood inside Britain. Time and time again members of the European Council have voiced regret about the exit of Britain and recognized that this is a lose-lose situation calling for damage limitation. None of them has said that BREXIT is a good thing and that it will make life easier for the remaining 27. It has done so in some areas, like defense or the launching of the Recovery and Resilience Fund, but the overall balance of Brexit is massively negative for the UK and negative for the EU. The UK loses more because it decided to leave the EU and its advantages, including the Single market. You cannot have the cake and eat it, i.e. leave the club and preserve its benefits and services. “Out is out”, as PM May said so convincingly at the time.

3) There is no point in trying to accommodate the new Truss government as things stand now. The future will show how credible it will be. I do not say this because the present PM enjoys the lowest level of support among her own MPs of any Tory leader elected under the present system. I refer to its attitude towards the EU. There has so far not been the slightest indication that PM Truss intends to part with the undisguised hostility of her predecessor, whom she supported to the bitter end. Even the war in Ukraine has not really brought about a change of mind, even though we are together in the fight to stop Putin and help Ukraine. London deserves credit for having been at the forefront of the military aid to Ukraine together with the United States. But that is not a reason to belittle the impressive overall support the EU has shown to Ukraine, in receiving migrants, providing economic aid, adopting the toughest sanctions ever, and mobilizing EU funds to arm the Ukrainians. The overall focus should be on helping Ukraine defend itself rather than on trying to score points and to convince some of our Member States that are closest to Ukraine to show more understanding for British positions in the post-Brexit debate. In these circumstances, it would be foolish on the part of the EU to offer one-sided concessions to a partner who sees relations as a zero-sum game. In fact, it would jeopardize the future, serve as a disincentive to review the present policy and undermine the action of those forces in the UK that make the case for a healthier and more constructive relationship with the EU. We must accept that things will be shaky and unsatisfactory for a few more years. And meanwhile continue to take any legal action that is necessary to preserve our rights.

4) On the Northern Ireland Protocol, the jury is out, to use a phrase Liz Truss seems to like. The recent toughening of the NI bill does not augur well for the future. Truss used the protocol to further her leadership ambitions and secure the support of the more extreme Brexiteers. The line being spun is that because the legislation is months away from being put in the statute book, there can and will be no serious retaliation from the EU and that the U.K. can establish facts on the ground in Northern Ireland which the EU can do nothing about. The EU should be very clear that it will not accept a policy of ‘fait accompli.’

5) Being very firm in dealings with the present government, does not mean forgetting our long-term objective of constructing the best possible relations with Britain. The EU will not “insult the future” by using excessive rhetoric against “the British”. It will I believe follow the Barnier line in being firm in action and measured in tone. It will also be patient in explaining the facts and exposing the lies and thus appeal to the people in the UK who want a good relationship with the EU. It will both preserve the Single market and stand fully behind Ireland and the Good Friday Agreement.

6) Finally, we should work behind the scenes with reliable UK interlocutors in order to be ready when the political circumstances improve. I do not believe that the UK will any time soon re-enter the EU. But we can look for imaginative ways to have as close a relationship as possible and in the mutual interest. A lot can be done without of course allowing the UK to get the befits of EU membership for free as a non-EU State. In this context, the security landscape and geopolitics plead for enhanced cooperation between the EU and the UK. After all, both are close partners within NATO and share the same wish to assist Ukraine. This should help fitting the UK issue into a wider geopolitical template.

To conclude, I express a wish: that one day the good old British pragmatism may re-emerge and replace the ideological crusade against European integration that the Conservative party has unleashed. I remain optimistic because Britain cannot afford a lasting  deterioration in the relations, and the EU has no interest in it. There must be a more intelligent way of having a close partnership, in the mutual interest and in full respect of our differences.