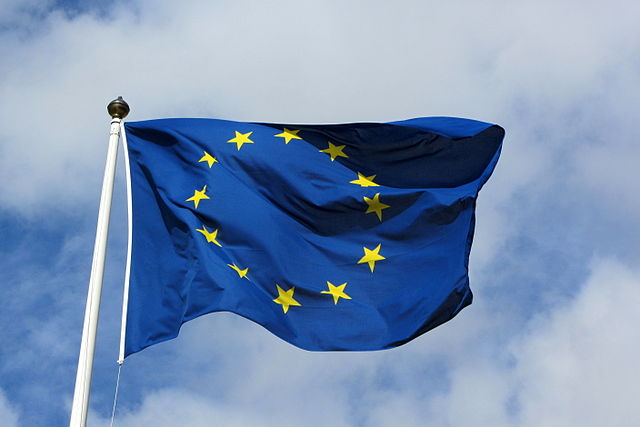 Being woken up early in the morning of 22 March, while on holiday in New York, by a telephone call from my mother in law in Taipei, to tell my husband and me that our home, Brussels, is under attack: that is globalization. The world’s conflicts being fought out in the subway and airport of Brussels: that, alas, is globalization too.

Belgium is not an island. Quite the opposite: we are one of the world’s most open economies, and host the largest diplomatic community on the planet. We need the world’s trade and therefore cannot ignore the world’s problems. Even before Belgium joined the military campaign against IS, several hundred Belgians had left the country to go and fight, and die, for its real-life dystopia. So whether Belgian F16s had bombed IS or not: Brussels would probably have been a likely target in any event.

Now what many dreaded but kept hoping would be averted, has come to pass. What now? Not too many grand words – that is not the Belgian style, and the government judged that correctly. The image that immediately went viral of the raised middle finger made up of Belgian (!) fries caught the mood better: we may not be very patriotic, but we remain amused to be Belgian.

But which action to take?

Militarizing domestic security will not help. The army patrolled the airport, but that could not deter terrorists determined to die anyway. One can always install more security controls, in the airport, the subway, the railways etc. But the result would be paralysis, and another target where people congregate is always on hand: a cinema, a market, a supermarket. When our values are under attack, the answer cannot be to abandon them – that would amount to capitulation. It sounds awful to say at this moment, but strategy is about identifying and addressing problems, not veiling them: terrorism is not a vital threat to Belgium or Europe. No European democracy will collapse, unless we ourselves give up on democracy. Quod non.

The most urgent investment therefore is not in patrolling the streets, but in intelligence, infiltrating the networks that aid and commit terrorism. Belgium’s intelligence services alone cannot deal with a problem of this magnitude. International networks require international cooperation between intelligence services. After the attacks in Paris of 13 November 2015, Belgian Prime Minister Charles Michel reiterated the long-standing proposal to create a European domestic intelligence service but, rather amazingly, once again the idea was quickly brushed aside. Perhaps this time those in favour will find a more sympathetic ear for what ought to be a self-evident proposal.

To underline the urgency, Belgium could invoke Article 222 of the Treaty on the Functioning of the European Union. This Solidarity Clause obliges the EU and its Member States to assist a country that has been the victim of a terrorist attack.

Simultaneously, the war against IS in Syria and Iraq must be continued – and won. This truly is a war – not against terrorism, but against IS as an actor that controls a territory. At NATO’s Wales Summit in September 2014, the United States created an ad hoc coalition that set out to support from the air local ground forces until that territory has been retaken in its entirety. That will not do away with the terrorist threat, but it is a condition sine qua non. For as long as it exists, an IS safe haven will continue to attract recruits. Once the central organization is dismantled, it will still take time, but eventually the IS-franchise will peter out, just as happened to al-Qaeda after the destruction of its central base in Afghanistan. It is crucial therefore not to allow IS to consolidate a foothold anywhere else, notably in Libya.

To make this happen, Belgium, Europe and the US will have to spell out the inconvenient truth to our allies and partners in the Middle East and the Gulf: no more tolerance, passive or even active support to IS can be accepted from those in the region who call themselves coalition members. The EU and the US must make it clear that otherwise there will be a price. This ought to be their war, first of all, for to them IS does pose a vital threat – if IS is not stopped, governments in the region will fall. However IS propaganda tries to portray it in its recruitment drive: this is not a war between IS and the West, but first and foremost a war between the anti-state IS and the states of the region.

The most important thing that the countries in the region could do is also the most difficult however: to install true democracy. Violent extremism, in the form of IS and others, is the product of decades of political sclerosis, of rotten regimes that repressed all legitimate opposition, that have rendered inequality permanent, and thus continue to breed resentment. Yet many of the local members of the anti-IS coalition are anything but democracies. What is more, the EU itself (in the November 2015 Communication on the new Neighbourhood Policy) has come to admit that it cannot democratize countries from the outside. Henceforth, the EU’s main aim in the southern neighbourhood is stability; and the main cause of instability, it recognizes, is inequality. That we can try to help alleviate, through aid, trade and investment. But the ultimate cure, democracy, cannot be administered: democracy can only be generated by a rejuvenation of a sick body politic itself. Unfortunately, that is a far off prospect.

Nor are our own democracies entirely healthy. Otherwise there would be neither so many “foreign fighters” nor so much support for populist anti-EU nationalism. The main message to the Belgians as to all other Europeans should not be about fear or security measures. Europe is wary of the bleak narrative of crisis and austerity. We need a positive message: can our governments please start investing again, in society, in education, in culture, in infrastructure? His Majesty the King of the Belgians called on us to remain confident in ourselves, because confidence is our true strength. I want to be confident that we can make this investment in our European future.

Prof. Dr. Sven Biscop is Director of the Europe in the World Programme at the Egmont – Royal Institute for International Relations in Brussels, and teaches at Ghent University and at the College of Europe in Bruges.