Home > Publications > Staying on Course ? the Quadrilateral Defence Summit and the European Security and Defence Policy in the wake of ‘9/11’ and Iraq

Staying on Course ? the Quadrilateral Defence Summit and the European Security and Defence Policy in the wake of ‘9/11’ and Iraq 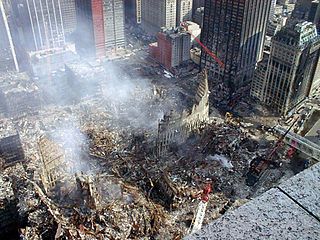 In early February 2003 three states caused a shock wave through NATO. France, Germany and Belgium did what is ‘not done’ as on 10 February their explicit refusal halted the ‘silent procedure’ that Secretary-General George Robertson had initiated following the US request for Alliance support in the framework of their plans with regard to Iraq. On 19 February the Allies did reach an agreement on defensive measures to assist Turkey, but that was not the real subject of the debate from the beginning. What the ‘three rebels’, as they were soon dubbed, did oppose were the other American requests, i.a.: making available air bases to the US, protection of the passageway for US Navy vessels in the Eastern Mediterranean by Allied ships, replacing American troops on the Balkans and in Afghanistan, and considering a NATO post-conflict peacekeeping mission in Iraq. These requests clearly started from the assumption that military action would be taken in any case and therefore could not be but rejected by Paris, Berlin and Brussels, which did not want to forestall a peaceful solution to the Iraqi crisis, which at that time still seemed possible. This crisis in the Alliance added on to the divergence in European and American foreign and security policy that became evident after ‘9/11’; its consequences for the security architecture potentially far exceed the Iraqi question.
(Photo credit: Wikimedia Commons)