Home > Publications > Strategy: what is it good for? 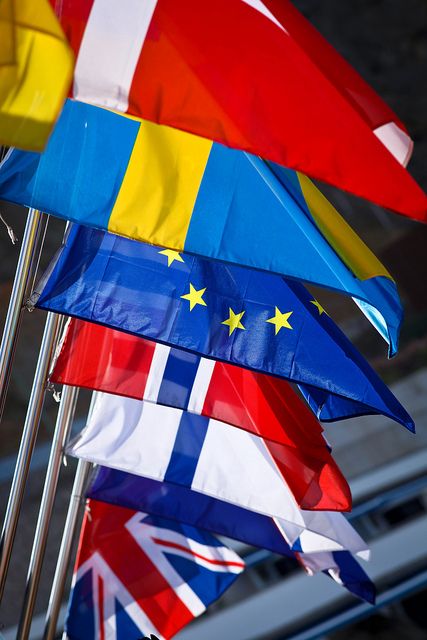 Sven Biscop outlines how we should think about strategy in the context of a forthcoming reflection on a new strategy for EU foreign policy.

This commentary appeared in European Geostrategy on 8 April 2015.

Nobody could predict the Arab Spring anyway, or the crisis in Ukraine, or the civil war in Syria, so why should one need strategy? One has no choice but to make it all up as one goes along, reacting to unpredictable events. Let us not waste time therefore on drafting strategic documents. When I lecture about strategy, and the need to have a more explicit strategy for European Union (EU) foreign policy in particular, for audiences of diplomats, military and police officers, and other officials, inevitably someone will make this point. Fortunately, for it allows for a fundamental misunderstanding about the function of strategy to be cleared up.

Obviously, practitioners as well as academics rarely predict anything with any degree of success or precision. If one keeps predicting the same thing over and over again it may eventually come true, but that does not really count. In reality, the revolutions that are predictable are those that do not happen, for if I can foresee them watching from afar from my comfortable seat in a think tank or a university, then so can those who they seek to dethrone. But strategy does not aim to predict anything in the first place.

The point of strategy, rather, is to help the decision-maker define a course of action when, per definition, unpredictable events occur. How important is this for me? That is the question that strategy will help answer, and that answer will determine whether and which action has to be undertaken and which means have to be allocated to it.

The first rule of strategy-making therefore could be stated quite simply as: know thyself. Know your interests, and know your values. Values and interests are not in contradiction: your values will determine which kind of society you want to build and preserve, and that will in turn determine which conditions need to be fulfilled for that to be possible: your vital interests. Your values will further determine which types of instruments are deemed morally acceptable to put to use to that end.

Of course, when a crisis occurs and unpredictable events do turn out to be important because vital interests are directly at stake, urgency in combination with uncertainty and a lack of information will create friction. The fog of diplomacy or, in a worst case scenario, of war, is unavoidable. Yet that is still something different than mere improvisation, which is what decision-making without any prior strategy would amount to. To use a current example: Russian aggression against Ukraine would be seen in an entirely different light, and the response of the EU and NATO would be very different, had Europe not had the regional strategy that is has, the Neighbourhood Policy, and the strategic partnership with Russia. Similarly, the way Europeans understand and respond to the crises in their southern periphery are framed by the pre-existing southern Neighbourhood Policy.

A fully-fledged strategic actor will not limit itself to reacting to events. It will also try and proactively shape events and developments. The function of strategy therefore is also to set out a limited number of overall objectives, in order to guide day-to-day decision-making and the allocation of the budget and other means.

Does one need to put all of that in writing? The more straightforward the decision-making system, the less necessary it is to codify strategy. A state where in the end the strategy is what the president says that it is, can operate on the basis of an implicit strategy. Vice versa, a complex multi-layered foreign policy actor such as the EU has much more need of an explicit strategy, such as its 2003 European Security Strategy (ESS). The chance that the High Representative and twenty-eight foreign ministers, not to mention the President of the European Council and twenty-eight heads of state and government, all have the same implicit understanding of EU strategy is rather small.

Even though documents like the ESS put forward broad long-term goals, which have to be translated into more specific functional and regional strategies, they do not remain valid for ever. Many of the policies that operate under the aegis of the ESS, and the Neighbourhood Policy is just one of them, have been overtaken by events. The new High Representative, Federica Mogherini, is to be commended for helping to break the deadlock in the official European strategic debate, which for years now had been limited to the rather unproductive question: shall we or shall we not revisit the ESS? Finally, Mogherini has announced a ‘strategic review’. As a first step, and as requested by the December 2013 European Council, she will present an assessment of the external environment and of the EU’s own instruments to the European Council in June. After the summer, reflection about a new strategy for EU foreign policy as a whole will then begin in earnest. I cannot wait!