Home > Publications > The European energy union: Behind the hype, where is the beef?

The European energy union: Behind the hype, where is the beef? 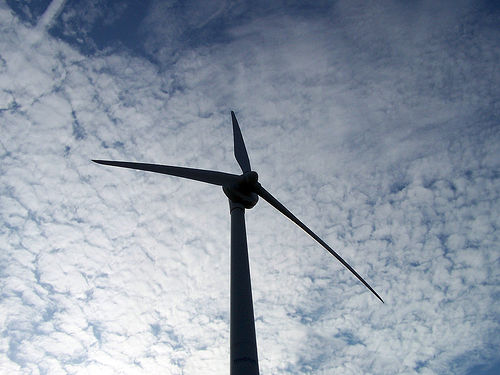 What is a European Energy Union? Well, this is a tough one. Although the European circles of power have been discussing the question since 2007 at least, the concept remains pretty obscure. It is more than the energy single market, and less than a completely integrated energy system.

The European energy union: Behind the hype, where is the beef?

What is a European Energy Union? Well, this is a tough one. Although the European circles of power have been discussing the question since 2007 at least, the concept remains pretty obscure. It is more than the energy single market, and less than a completely integrated energy system. So what does it actually mean after the 2007 energy strategy, the 2009 third energy package, the 2011 energy roadmap, the 2014 Energy Security Strategy, and the 2014 climate and energy framework for 2030?

Paradoxically, the latest European Commission proposals do not offer much enlightenment. Sure, we do know that they are meant to give us ‘secure, sustainable, affordable and competitive energy for all citizens.’ We do know that ‘the Energy Union focuses on five mutually supportive dimensions: Energy security, solidarity and trust; the internal energy market; energy efficiency as a contribution to the moderation of energy demand; decarbonisation of the economy; and research, innovation and competitiveness.’

Beyond that one wonders what is really new in this project of Energy Union. Certainly, there are new proposals in various domains.

New initiatives are quite clear-cut in the field of gas. ‘The Commission will develop a resilience and diversification package for gas, which in particular will include a revision of the Security of Gas Supply regulation,’ and ‘The Commission will assess options for voluntary demand aggregation for collective purchasing of gas during a crisis and where Member States are dependent on a single supplier.’ Then, ‘The Commission will review the Intergovernmental Agreements Decision and will propose options to ensure that the EU speaks with one voice in negotiations with third countries. As regards commercial gas supply contracts, transparency has to be further strengthened,’ and finally, ‘The Commission will prepare a comprehensive LNG strategy which will look into the necessary transport infrastructure and a possible back up for crisis situations.’

New initiatives can also be highlighted in the field of electricity : ‘The Commission will provide enhanced rules for cross-border energy trade and propose appropriate measures to encourage renewable energy producers to better integrate in the wider electricity market,’ and ‘The Commission will support … in particular the new electricity market design, which will ensure fair competition between all generation sources as well as demand and lead to more cross border opening of renewables support.’

Something should also be happening regarding the energy regulator: ‘EU wide regulation of the single market should be strengthened through a significant reinforcement of the powers and independence of ACER.’ This is, however, less clear, for very good reasons. During the negotiation of the third energy package, the strengthening of ACER produced a lot of resistance. Besides, some progress should take place regarding the energy efficiency of buildings: ‘The Commission will carry out a review of the Energy Efficiency and Energy Performance of Buildings Directives to create the right framework for further progress in delivering energy efficiency in buildings.’ This appears very necessary in the light of the current obvious insufficiencies in building refurbishment.

Finally, a new initiative will be announced concerning the Emissions Trading System or ETS: ‘The Commission will proceed with legislation on the revision of the EU ETS Directive for the period post-2020, including carbon leakage…This includes an increase in the linear reduction factor (the rate at which the emissions cap is tightened from year to year) from 1.74% to 2.2% as of 2021.’

Interestingly, the action programme is very modest on the subject of financing. According to the Commission, ‘Only a small number of infrastructure projects in Europe will need grants under the Connecting Europe Facility (CEF) to go ahead. These are projects which are not commercially viable, but are necessary because of the externalities they provide: security of supply, solidarity or technological innovation.’ Considering the present weakness in investment, such low-key aims could be criticized. Furthermore, little attention has been given to the very slow development of new networks projects since 2008. There are, however, precise and concrete propositions regarding the achievement of the 10% electricity interconnection target. Furthermore, coal is not mentioned once in the entire communication. This is quite strange, considering its growing use in some Member States, and the very unsatisfactory progress of carbon capture and sequestration.

So, what can the public conclude from these propositions?

Basically, there are many interesting projects. In various areas, the Juncker Commission could bring about improvements. However, these projects do not amount to a complete strategy. The EU climate and energy strategy is a bit of a mess, for partly unforeseeable reasons. Some problems were foreseen by commentators in 2008: The blunt priority and huge subsidies granted to renewables were going to destabilize the electricity market. The offer of high free emissions’ rights and the absence of carbon taxation were bound to unbalance the ETS price. The need to increase the coordination of states’ actions in an environment where public interventions were multiplying could have been anticipated. Additional, unforeseen surprises have been aggravating the situation: The financial crisis and its collateral huge reduction of energy demand, the advent of shale gas and shale oil, the Fukushima catastrophe in the nuclear field. How do we get out of this partial mess and make it to a 2050 European decarbonized economy? In spite of these interesting projects, the answer is not obvious. The approach proposed by the Commission is not essentially new. In this action plan, as in European networks, there remain missing connections. In a nutshell, the Energy Union package appears both tactically useful and strategically mediocre.

Additionally, the message for ordinary citizens is extremely hard to grasp. The growing complexity of the energy sector, the multiplication of legislations, the explosion of acronyms – all this engenders a quite repulsive magma of bureaucratic documents. ‘What is the issue?’ asks the citizens’ summary: ‘The Energy Union will significantly reduce Europe’s reliance on fossil fuels by removing barriers to the flow of energy, in a fully integrated EU-wide energy system.’ However, in fact, the removal of barriers is far from the most important instrument in the field. Furthermore, security of supply (in particular for electricity) and affordable prices could be more immediate objectives for the vast majority of consumers. In terms of communication too, although it is certainly difficult, the Commission could do better.