Home > Publications > The impact of global warming on the geopolitics of the Arctic. A historical opportunity for Russia? 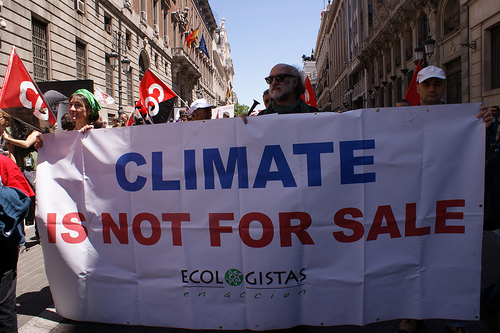 Climate change will cause major physical, ecological, economic, social, and geopolitical adjustments. Arctic melting is providing new opportunities, not only to the five littoral states, but also to other major powers. However, Russia stands to gain most. Not only can it claim a major part of the Arctic, thus acquiring additional sovereign rights for the purpose of exploiting natural resources, but for the first time it will have unhindered access to the open seas and be in the position of controlling important sea routes. If exploitation of the Arctic and the use of new sea-lanes can be developed in a controlled manner, the Arctic need not become a region of confrontation. However, a long-term risk continues to exist of Arctic melting provoking a race for the North Pole area.
(Photo credit: transnationalinstitute, Flickr)
View PDF