Home > Publications > The new context of the agricultural debate in Europe

The new context of the agricultural debate in Europe 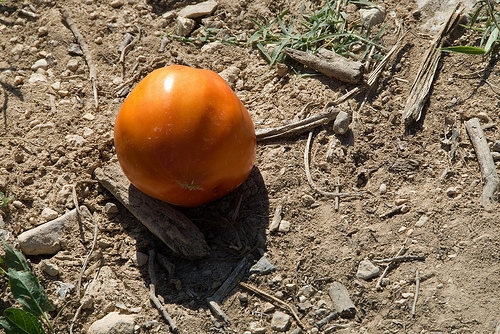 The Common Agricultural Policy (CAP) of the European Union (EU) was created in the early 1960s. During its first three decades, it was very successful, and European agriculture produced large surplus rather than deficits by the 1980s. This led to ever increasing market interventions in order to buy the surpluses and to subsidize the exports. Opponents of the CAP were thus offered useful arguments to question the budgetary and ethical consequences of the policy. In the framework of international trade negotiations in the GATT, and later WTO, the CAP also became unacceptable due to its increasing trade distorting character. The combination of internal European and international criticism led to three major CAP reforms since 19921. The first reform in 1992 reduced the level of the intervention prices of cereals, oilseeds and protein products, dairy products, beef, sheep and goat and tobacco. As compensatory measure, farmers were entitled to direct payments based on previous yields so their income was guaranteed, notwithstanding their lower level of production2. Other mechanisms to reduce production were also introduced, such as a scheme to set aside arable land3, an afforestation scheme4, an early retirement scheme5 and an agri-environment scheme6. A second large reform was approved in 1999, better known as the Agenda 2000 reform. The emphasis of CAP shifted further to direct income payments instead of production-based support7. The reforms focused on the grain, beef, oilseeds and dairy common market organisations (CMOs). Besides, a budgetary framework was introduced by the Agenda 2000 reforms for the period 2000-2006, with fixed annual expenditure ceilings8. Nonetheless, the most important change was the introduction of a double pillar structure to finance CAP expenditures. The first pillar, the Guarantee section, consisted of market measures and direct income payments to farmers. The second pillar, the Guidance section, focused on rural development measures9. Although the budgetary implications of this shift were initially modest, it was an important change in the overall 1. For a detailed examination of the original regulations and of the first reforms, see DEHOUSSE,
Franklin and VINCENT, Philippe, L’éternelle Réforme de la Politique Agricole Commune et les Limites d’Agenda 2000. In: Studia Diplomatica, Vol. LI, 5, 1998, pp. 1-132. (legal references and bibliography included)
2. Regulation 1765/92. (OJ 1992 L181/12-20) 3. Ibid. (OJ 1992 L181/12-20) 4. Regulation 2080/92. (OJ 1992 L215/96-99) 5. Regulation 2079/92. (OJ 1992 L215/91-95) 6. Regulation 2078/92. (OJ 1992 L215/85-90)
7. Regulation 1259/1999 (OJ 1999 L160/113-118) 8. Regulation 2040/2000. (OJ 2000 L244/27-32)
9. Regulation 1258/1999. (OJ 1999 L160/105) orientation of CAP. A comprehensive rural development policy was designed, which included elements such as environmentally friendly agriculture, food safety and animal welfare10.
The CAP enters a new phase, linked to diverse evolutions. It is important to understand them. Different elements must be taken into consideration: the last 2003 reform (§ 1), the subsequent adaptations (§ 2), the evaluations (§ 3), the evolution of the international markets (§ 4).
(Photo credit: Kalense-Kid, Flickr)