Home > Publications > The single market in need of a strategic relaunch

The single market in need of a strategic relaunch 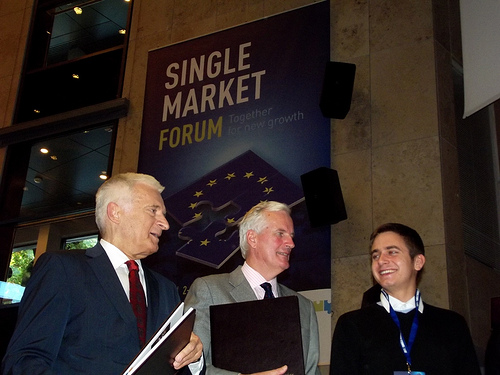 On the 27th of October 2010 the Commission finally published its long-awaited Communication “Towards a Single Market Act”2 with the ambitious objective of relaunching the Single Market. It is beyond doubt that the market integration project is indeed in need of a serious boost. On the one hand, the “acquis” should be buttressed more firmly against protectionist reactions, citizen distrust and integration lethargy more generally. On the other hand, the untapped growth potential – in domains suffering from persistent bottlenecks as well as in new sectors – needs to be better exploited. It will however be argued in this contribution that, in its present form, the Commission’s “Draft Single Market Act” (Draft SMA) does not contain all the strategic building blocks needed to address the key challenge of reengaging the different actors in the market integration project and genuinely revamp the Single Market. Therefore, on the basis of an examination of the gaps and defaults in the Draft SMA’s approach, and against the background of the preparatory documents presented by Mario Monti and the European Parliament, some suggestions for possible strategic improvements to be included in the final SMA will be made. Hence, this contribution will first set out the main points of the Draft SMA and the most important preparatory documents, focusing primarily on the strategi elements contained therein. In a second part, a critical appraisal of the Draft SMA’s strategic approach will be provided, followed by some suggestions for improvement.
(Photo credit: DrabikPany, Flickr)