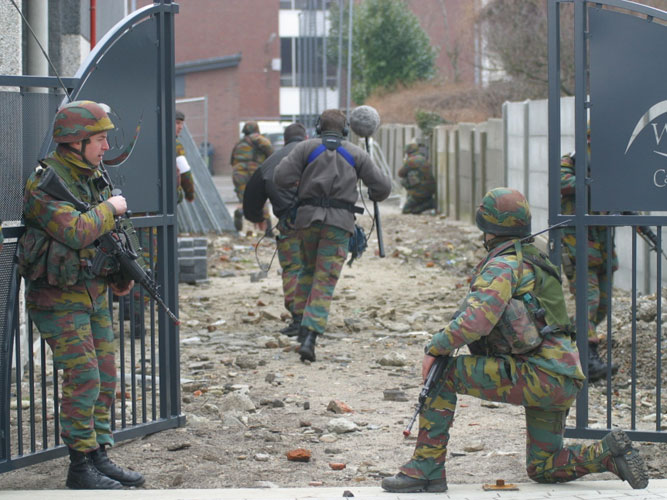 We are on the very brink of a new Cold War. Hybrid War has kept Western analysts in awe although it is highly unlikely that it would be successful against a Nato member. The disproportion of conventional war-fighting capabilities along the eastern borders of the Alliance is the real challenge. NATO has to rebuild a credible conventional deterrence-by-denial. Concurrently, the Alliance and Russia have to commit to political dialogue and revive the arms control regime, in the first place to avoid accidental escalation.

We are on the very brink of a new Cold War. Hybrid War has kept Western analysts in awe although it is highly unlikely that it would be successful against a Nato member. The disproportion of conventional war-fighting capabilities along the eastern borders of the Alliance is the real challenge. NATO has to rebuild a credible conventional deterrence-by-denial. Concurrently, the Alliance and Russia have to commit to political dialogue and revive the arms control regime, in the first place to avoid accidental escalation.

The systemic crisis with Russia has entered in its third year. Economic sanctions endure, a vicious information war is raging, political dialogue shows no signs of resuming. Russia has definitively given up its ambition to integrate with the West. The world is on the very brink of a new Cold War. The struggle between two clearly identifiable ideologies, communism and capitalist democracy, characterised the Cold War. Today, two vague ideologies oppose each other, a pervasive if not always acknowledged neoliberalism in the West and a heterogeneous mixture of nationalism and Eurasianism in Russia. The Cold War mobilised substantial resources. Once again, peacetime mobilisation has become part of Russian security policy. However, the current confrontation is asymmetrical, causing Russia to overreact and take bigger risks to secure what it perceives as its rightful status in a future multipolar world order.

To counter Russia’s military actions in Europe, Nato approved its Readiness Action Plan at the 2014 Summit in Wales. It contains assurance measures that “include continuous air, land, and maritime presence and meaningful military activity in the eastern part of the Alliance.” These will strengthen conventional deterrence, providing a tripwire in the event of Russian aggression, directly involving troops of some of the Alliance’s principal members. However, even with the Very High Readiness Task Force, they are no match for the numbers Russia has demonstrated it can deploy in snap exercises.

After the Cold War, Nato mainly concentrated on peace operations and expeditionary warfare, and left high-intensity warfare to the U.S., supported by the UK. This chiefly affects ground forces. According to the IISS, the combined number of combat battalions capable of high-intensity warfighting (battle tanks, armoured infantry, self-propelled artillery) of Germany, the UK, France, Italy, and the U.S. Forces in Europe fell from 347 to 68 between 1990 and 2015. Today, each separately has less than Belgium had in 1990. Many other members only have negligible numbers of obsolete systems. Belgium, Luxemburg and Latvia have none at all.

After the Cold War, the Russian military fell into demise. Only after its lacklustre performance during the war with Georgia in 2008, Russia began modernising its armed forces in earnest. The first signs of improvement became apparent during the annexation of Crimea, followed by the support of East Ukrainian separatists and the recent participation in the civil war in Syria.

Crimea and Eastern Ukraine saw the first application of hybrid warfare by Russian Forces. However, it took the intervention in Syria for the West to wake up to Russia’s progress in command and control, and joint warfighting capabilities to deploy air assets, supported by naval forces and strategic systems into neighbouring regions.

These changes should not have come as a surprise had Westen analysts not become fixated on hybrid warfare, ignoring other developments in Russian military thinking. Their point of reference was the so-called Gerasimov doctrine, named after the Chief of the General Staff of the Russian Federation. In an article in the Military-Industrial Kurier in February 2013, Gerasimov claims that the colour revolutions are part of a deliberate Western strategy. The West has developed a new type of warfare, using “political, economic, informational, humanitarian, and other non-military measures applied in coordination with the protest potential of the population” to destabilise enemy states and to provoke regime change. Wars are no longer declared, and the instigators deny any involvement. The scale of casualties and destruction is comparable with that of real war.

When Russia employed such methods in Crimea and Eastern Ukraine, Western analysts retroactively cast Gerasimov in the role of the mastermind of hybrid warfare and largely overlooked his statements on state mobilisation and the future operational environment. Indeed, just as important in Crimea was the deployment of well disciplined and equipped troops, and a well-functioning command and control system.

Hybrid warfare became the new threat to Nato. However, Russia waged a hybrid war in Crimea and Eastern Ukraine with local support, limited objectives and no risk of armed confrontation with Nato. At least the latter would not be the case against a Nato member.

Gerasimov observes that Western actions blur the lines between war and peace. Mobilisation, therefore, has to take place long before war brakes out. As Putin declared many times, the economy has to be sanction-proof, and its strategic sectors protected. Like in Soviet times, the Russian economy should be put at the service of security while the military-industrial complex should serve as a motor for wider economic development.

Gerasimov’s analysis of the future operational environment corresponds largely with Western views. He envisages a decrease of large-scale operations at the strategic and operational level, giving way to long-distance, contactless actions throughout the entire depth of enemy territory. Strategic, operational and tactical levels merge, as do defensive and offensive operations. The use of high-precision weapons based on new physical principles and automated systems is becoming commonplace.

Yet the Russian approach differs on the use of high-readiness conventional land forces. Although the modernised Russian army will not come anything near to the size of the Soviet Army, it already is capable of achieving local military dominance to carry out short conventional operations with limited objectives along its periphery. The disproportion of conventional war-fighting capabilities along the eastern borders of the Alliance could invite opportunistic actions by Russia in the event of internal or external upheavals.

Therefore, Nato has to rebuild a credible conventional deterrence-by-denial. The tripwire should be robust enough to hold out until reinforcements arrive without, however, constituting an offensive threat to Russia. It is evident that a couple of rotating battalions are even insufficient to inflict the necessary level of punishment to act as a deterrence-by-denial. Consequently, Nato countries should rebuild their conventional high-intensity warfighting capability. Despite the American promise of a moderate increase of troops in Europe, all members should maintain an adequate force to regain or retain the necessary technical and tactical expertise. Concurrently, the Alliance should commit to political dialogue with Russia to restore an arms control regime in Europe, concentrating first and foremost on avoiding accidental escalation. This falls far short of a common European security architecture where Russia would be a constructive participant commensurable with its real power base just like any other European power, the U.S. included.  Therefore, pending a thaw in Nato-Russia relations, the Harmel principles of deterrence and dialogue remain as valid today as they were in 1967.