Home > Publications > Towards a European Commission with fewer competencies for more political power? 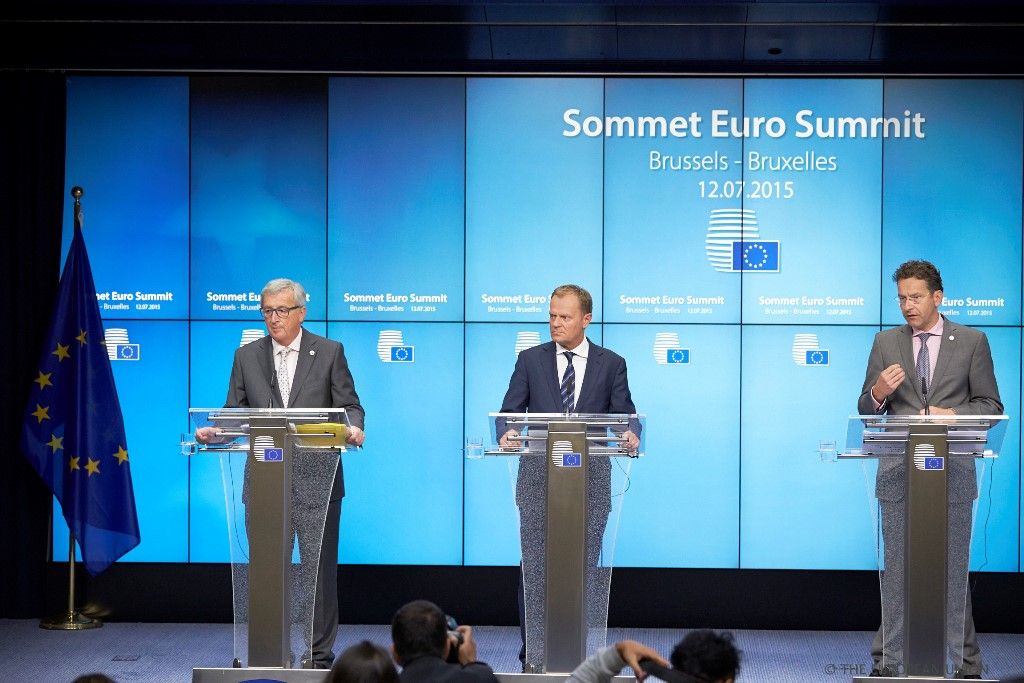 This commentary is a contribution to the debate regarding the idea of a ‘eurozone government’ and the last suggestion from German minister Wolfgang Schäuble concerning Commission competencies. The author argues that the only institution from which a ‘eurozone government’ could emerge is the Commission, with, as a consequence, an externalization of some of its competencies.

A shorter version of this commentary was first published on euractiv.com and also published in Le Soir (in French), on 26 august, under the title ‘Vers une Commission européenne avec moins de compétences pour plus de pouvoir politique?’

Since President Hollande’s declaration of his willingness to set up a ‘eurozone government’, many have seen the Eurogroup as an embryo of this much mooted institution. While we have to admit that the Eurogroup was at the centre of discussions during the ‘management’ of the ‘Greek problem’, the repeated recent crises have mainly revealed failures in the management of the eurozone by the intergovernmental method. The day-by-day management of the crisis, with 19 ministers having dozens of meetings all ending in the early hours of the morning, would, inevitably lead to the dismantling of the eurozone or the Union itself. My opinion is that a ‘eurozone government’ can only emerge within the current executive – the European Commission. This institutional development should be completed by the creation of a eurozone Committee within the European Parliament.It is simply to implement what is suggested by the report of the five presidents stating that : ‘the European Parliament should organise itself to assume its role in matters pertaining especially to the euro area.’

Furthermore, changes in the European institutional framework, both in practice and in the European political discourse, reinforce this position. Indeed, in the first speech that followed his election as Commission president, Jean Claude Juncker enunciated very clearly that ‘The Commission is not a technical committee made up of civil servants who implement the instructions of another institution. The Commission is political. And I want it to be more political. Indeed, it will be highly political.’ This speech demonstrates that the Commission should move towards a genuine European executive. This ambition largely stems from the fact that for the first time since the first European elections in 1979, the Commission president was elected by European citizens. President Juncker likes to say that, unlike his predecessors, he was democratically elected and therefore has real legitimacy. However, the citizens themselves do not share the feeling of having voted for one of the most important positions on the European political scene.

Nevertheless, the principle of ‘spitzenkandidat’ – which implies that the candidate of the political family most prominent in the European Parliament formally becomes the president of the EU executive – has become reality. This mini institutional ‘revolution’ has meant that after the 2014 EU election, the European Council had no choice than to propose the candidate of the European People’s Party (EPP), the foremost political group in the Parliament after the elections.

For all practical purposes, the principle that the president of the Commission is elected by the European citizens should also be set in stone. And, why not, in a more or less near future, have a president directly elected by universal suffrage by all the citizens of the continent? This would have the direct consequence of strengthening the presidency’s legitimacy and political authority – and that of the Commission, too.

If we observe an evolution of the Commission’s presidential election process, it remains true that the appointments of the other members of the Commission still depend on the Member States. But then again, the president of a strong executive must be free to form his own team, or at least, be able to choose from several candidates proposed by each Member State. This would mean the end of the perpetual negotiations between capitals over the selection of commissioners.

Finally, in order to transform the Commission into a genuine European government, the system of one commissioner per Member State cannot continue. In other words, it should simply comply with Article 17, paragraph 5 of the Treaty of Lisbon.

In the same sense, if the Commission become a genuine executive, judicial power and executive power shouldn’t be in the same hands of this same institution. Although, at the Eurogroup meeting of 13 July, one of the most influential European ministers of finance, Wolfgang Schäuble, implied to his colleagues that if the Commission became a real political body, this would cause in consequence a limitation of its powers. Some have seen in these words an attempt to limit the power or the influence of the Commission (see the carte blanche of Romano Prodi in Le Monde on August 14). I think it needs a more nuanced reading. It is simply that a truly political Commission cannot manage competencies that more properly belong a genuine executive. Competition policy is one example, as is any matter which requires some form of neutrality.

Therefore, some roles should be entrusted to independent agencies, as is the case in most European countries.Indeed, in all EU Member States, Competition policy is under the responsibility of independent Authorities. This does not mean that the Commission’s power of initiative would be removed from its field of competencies. Above all else, this would allow the European executive to be freer and have greater political authority in the European landscape.

In the future, European integration can only become legitimate in the eyes of citizens if political authority is channelled through a genuine European executive that is recognised and acknowledged by those citizens. In most Member States it is the government and its ministers – rather than the parliamentarians – who attract the attention of citizens and the press. It is in this sense that I believe that for the EU to appear legitimate and effective it will require a true and powerful EU executive responsible to the European Parliament.