Making public the travel costs of European Commissioners is something important 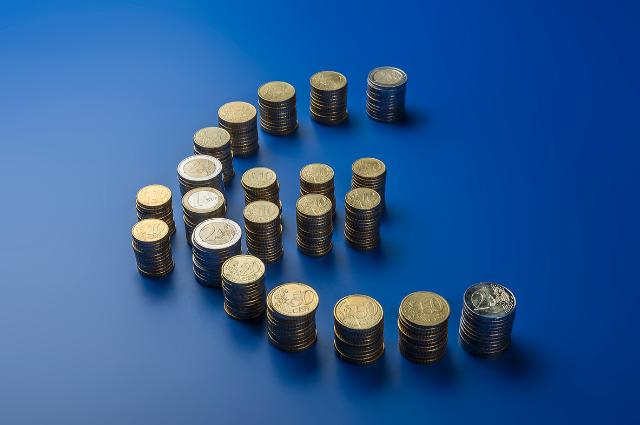 In the midst of the holidays, the European Commission released the travel costs of the commissioners for the first two months of 2017. Though many will not see this, it is an important moment. Twenty years ago, the negotiators of the Amsterdam Treaty integrated transparency into the principles of the European Union. It was a difficult negotiation, which was finally positive partly thanks to the Northern countries.

Making public the travel costs of European Commissioners is something important

In the midst of the holidays, the European Commission released the travel costs of the commissioners for the first two months of 2017. Though many will not see this, it is an important moment. Twenty years ago, the negotiators of the Amsterdam Treaty integrated transparency into the principles of the European Union. It was a difficult negotiation, which was finally positive partly thanks to the arrival of the Northern countries. I was among these negotiators and many of us will see this event as vindicating our efforts. At the time, even providing a basic access to documents concerning Treaty negotiations to members of Parliaments was considered taboo. As a matter of fact, I decided to do it then and was attacked for this reason by many diplomats from numerous countries. Paradoxically, they even included sometimes Northern ones. One of them told me one day “we want to be virtuous, but not that quickly”. This reflects how transparency is always difficult to push concretely. Fortunately, from this point of view, the EU has changed during the last 20 years – hugely but not completely.

Examining the Commission’s travel expenses is quite satisfactory. Most of the outlays are quite proportionate. Commissioners are normally meant to represent and thus travel, and they also work under various constraints, that must be accepted. It is important that we, the public, remain reasonable. One could say, however, that the EU does not need 28 commissioners to do this. It is right, but this was the choice of the Member States. If the governments want to stop the gravy train, they can very easily reduce their number in the future.

Two things, however, remain regrettable. Firstly, Access Info, the NGO in charge, had to fight to get the name of the responsible commissioners, in the name of private data protection[1]. That is not acceptable. One cannot affirm simultaneously that a trip has to financed by the public purse, but that the beneficiary of this financing must remain anonymous. A trip cannot be public enough to be paid by the taxpayer, but private enough to remain anonymous for the taxpayer (except for secret agents, of course, but according to the present Treaty text, this seems very far from the commissioners’ function, and they even seem to enjoy the spotlight quite a lot).

Secondly, the Commission invokes the heavy work burden provoked by the request to offer only information about two months. Again, this is not acceptable. If you visit call centers now, you’ll see that they can offer instantaneously the whole profile of dozens of thousands of customers. They can also divide them into various categories of wealth, age, time, home, work, leisure type, marital status, mode of travel, banking or credit history. The same sophisticated instruments are also available in the financial sector, for example. How can we justify that what is so easy in our enterprises suddenly becomes so difficult in our administrations ?

It is high time to draw the conclusions from technological progress in the field of access to public documents. Our age has been called the age of big data, and there is a very good reason for that. The Commission as a matter of fact could begin by reading its own documents about that new reality. In its 2017 communication on building a European data economy, it even underlines : “in order to extract the maximum value from this type of data, market players need to have access to large and diverse datasets. However, this becomes more difficult to achieve if the generators of data keep it to themselves, and the data is consequently analyzed in silo. The issue of access and transfer in relation to the raw data generated by these machines or processes are therefore central to the emergence of a data economy”. [COM (2017) 9, p. 8]. This is most magnificently written, and it just remains to apply that wise analysis … to the EU institutions themselves. Until now, they seem most eager to promote big data everywhere… except in their basic obligations towards the citizens.

Even if you have tons of data, very powerful search engines are now available. For very complex things, of course, the argument of the excessive burden of work could still be invoked under the EU jurisprudence. However, the idea that the Commission’s huge administration has not the technical means to connect such simple data as travel and finance with 28 commissioners’ names is simply laughable. If one European institution answers you this, you may be sure its managers are either incompetent or dishonest.

It remains important to keep asking these questions. It has been heard in some corridors that even in the previous Commission, the administration still had problems with one commissioner trying regularly to have his accompanying wife’s travels paid by the taxpayer. History teaches us that temptations will always remain, and transparency will always remain the best way to combat them. As Montesquieu wrote, “it is necessary from the very nature of things that power should be a check to power”. (L’esprit des Lois, Book XI, Chapter 4). In that spirit, good access to public information is a very important tool to obtain better public management. That’s why we fought 20 years ago to get it in the EU Treaty, and others will have to fight to keep it alive.

It is all the more important that all institutions, and especially the EU ones, suffer presently from an important crisis of trust. This appears to be one of the essential causes of populism’s rise. In a recent (and revealing) CEPR report on this evolution, the authors clearly underline that “more transparency and accountability at the level of the European institutions are clearly needed. National and EU officials have given lip service to these ideas but taken little concrete action”[2]. This is perfectly right, and it is time to do better if we want precisely to protect our EU institutions, even if many EU officials still prefer to pay lip service to transparency than to apply it concretely.