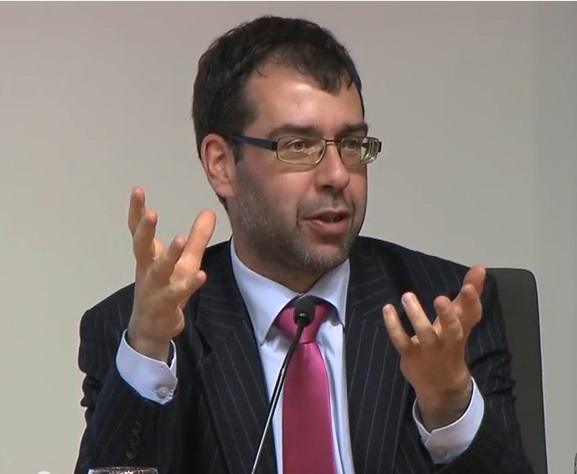 Yes to a two-speed Europe if that is the only way to deepen integration, but this does entail some risks.

A Dutch version of this article was published on the website of De Morgen.

Reading the European Council’s uninspiring Rome Declaration, for the 60th anniversary of the Treaty of Rome on 25 March, there is little doubt in my mind: we will have a two-speed Europe. “Legalese” cannot create enthusiasm. A Union that even on an occasion like this can only agree on a project for the future within the bounds of “national circumstances and legal commitments” will not make great leaps forward with all Member States at the same time. Not even after Brexit.

So a core Europe it is. A second-best solution, obviously, but the way to go if it is indeed the only way towards deeper European integration. Which is necessary, for in spite of increasing nostalgia for a non-existent golden past, no European State can defend its interests alone in today’s world of great power competition. The UK will discover that soon enough. More Europe, not in every area, but wherever necessary to maintain our way of life: the welfare state.

A two-speed Europe implies risks too, however.

First of all, the Member States that join the core group must really take major steps towards more integration. Fiscal harmonisation, a social dimension that turns the core into a real Union of Welfare States, effective military integration: this would make it worthwhile. This means though that even among the Member States who seem inclined to join such a core (probably the six founders, Spain, perhaps Portugal, and some of the Nordics) serious debate will be necessary in order to produce a consensus on the way ahead. But if all they can agree on is some fiddling in the margins, than it’s better simply not to do it. The core cannot be hollow.

Secondly, care must be taken to maintain a good atmosphere, in order not to undermine the sense of belonging of the Member States (probably most if not all Central and East Europeans) who do not (yet) want to join the core group. That will not be easy, witness the clash with Poland at the European Council meeting before the anniversary. Because the other Member States renewed the mandate of Donald Tusk as President of the European Council, against the express desire of the current Polish government, the latter boycotted the European Council Conclusions, not because they disagreed, but just to vent their frustration.

Neither side showed much understanding for the other. Until now, the general opinion on Tusk was not exactly that he was a strong leader. Only because the Polish government, whose domestic policies do indeed often threaten to violate European values, turned against him, did the others suddenly take to his defence. How would another Member State’s government feel were it to find itself in this position? At the same time, Poland did not seem to understand that Tusk was the, not a, Polish candidate: if he would have been replaced, it would not have been by another Pole. The Polish government should also have taken into account that if every Member State who is defeated on one issue, were to block decision-making on every other issue, there would be no Union left.

If the cohesion of the EU is diluted, that will have an immediate impact on NATO too. States who no longer feel committed to each other will not suddenly start behaving as faithful allies when they switch from a meeting room near the Schuman roundabout to one in NATO HQ in Evere. If in addition Trump’s US were to distance itself from NATO, a dangerous geopolitical vacuum would start to emerge in Central and Eastern Europe. Putin is already looking forward to it.

Unfortunately, Europe is entering a phase of indecision. French elections, summer, German elections: we might have to wait until the autumn before any serious decisions can be taken. Dare I hope that a new French President and a new German Chancellor (who might be the current one) will not waste any time in restarting the engine of Europe?

Prof. Dr. Sven Biscop, an Honorary Fellow of the European Secuirty and Defence College, directs Egmont’s Europe in the World Programme and teaches at Ghent University.