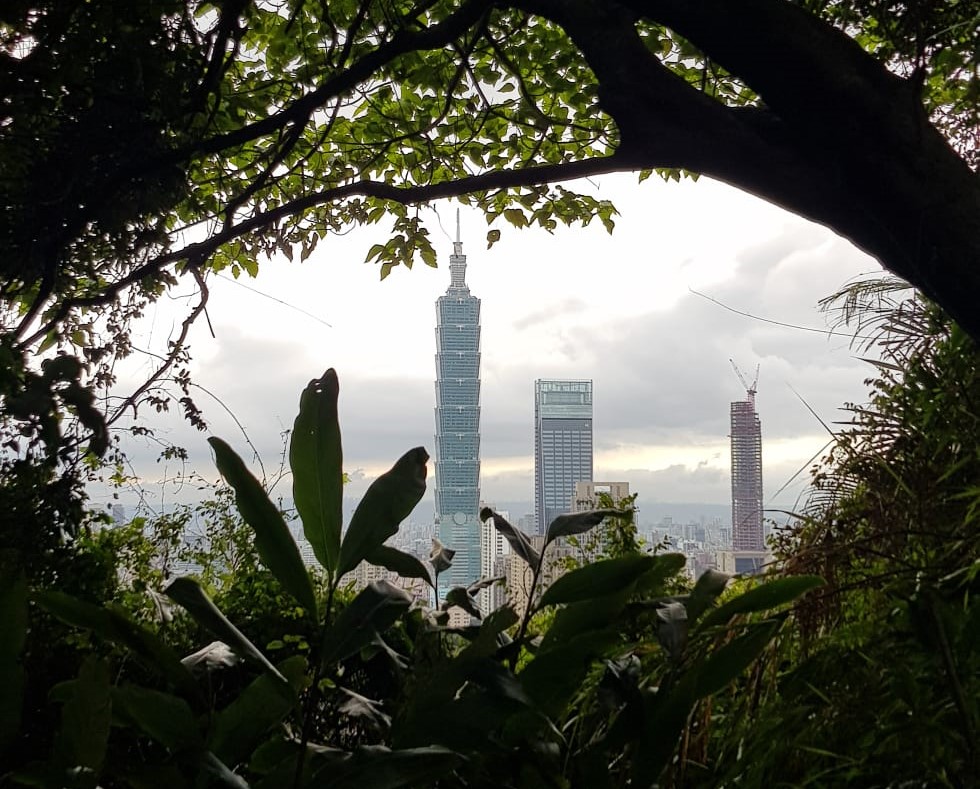 I will be honest: if my husband weren’t Taiwanese, I would not go on holiday to Taiwan every year. Yet after more than ten years of marriage and almost as many trips, we now have our favourite places in Taipei that we always return to.

I will be honest: if my husband weren’t Taiwanese, I would not go on holiday to Taiwan every year. Yet after more than ten years of marriage and almost as many trips, we now have our favourite places in Taipei that we always return to. And every time we make some new discoveries too, as we did during our last visit (the first since Covid-19), starting 2023 by watching the fireworks at the Taipei 101 Tower.

So yes, I do heartily recommend it: visit Taiwan!

Food is at least as important to the Taiwanese as to the Belgians, Taipei is full of culture and history (and much safer and cleaner than Brussels), and the subway takes you right to the foot of the mountains surrounding the city, where one can enjoy beautiful nature as well. (While returning to the city for dinner and a comfortable bed – a day trip is just the sufficient amount of nature for me). I still find it surprising that the “Isla Formosa” (the beautiful island, as the Portuguese dubbed it) does not attract more tourists.

These days, one very specific type of tourist does descend on Taiwan in droves, though: the political tourist. For many politicians in Europe and America, is has become a rite of passage: go to Taiwan to show the world (and one’s electorate in particular) how tough one is on China.

This is not very costly, for like a real tourist, the political tourist mostly arrives empty-handed. A speech and a photo-op is what Taiwan gets out of it – no trade deals, no military supplies. Indeed, it can be quite lucrative: some American visitors who formerly held high office are said to have received handsome payment for their statement of “support” (and a Taiwanese decoration to top it off). It is also risk-free, at least for the political tourist. If there is any backlash from China, it is always Taiwan that suffers the most.

Nobody demonstrated the futility of such political tourism better than Nancy Pelosi, then Speaker of the House, when she visited Taiwan in August 2022. Predictably, this provoked a crisis with China, which as usual overreacted, with intrusive military manoeuvres that resulted in a temporary blockade of Taiwan. Provoking a crisis can be a sound strategic choice, if one has predetermined a clear objective and a course of action. But doing so seemingly for no other purpose than boosting one’s own credentials is hypocritical as well as dangerous. If anything, the Pelosi visit undermined US strategy, since she travelled in spite of public advice from President Biden not to. Which image of the US did that project?

To be clear, many Taiwanese do support these visits. But as many resent being instrumentalised in this way. Many of these visits are useless at best and counterproductive at worst – yet how can Taiwan politely decline without forfeiting support or creating the impression of giving in to China?

The point is not to appease China; but to maintain the status quo that works best for everybody. Empty rhetoric and empty-handed political tourism just give China the opportunity to claim that the West seeks to change the status quo. Instead, European politicians in particular should send a clear message that if ever China were to attempt to alter the status quo by force of arms, the economic relationship with the EU will never be the same again.

EU sanctions against Russia, following its invasion of Ukraine, have already sent that implicit message of deterrence, but it ought to be unequivocal. Europe does not have the capacity to play a significant military role in Asia, but economic deterrence can be a powerful instrument of a united EU. That is the message that any politician visiting Taiwan (or China) should bring.

Meanwhile, it is not helpful to stir up a crisis atmosphere in the Western media when people in Taiwan do not perceive one. All too often alarmist headlines here do not reflect the reality over there. The Taiwanese do not wake up every morning and go to bed every evening dreading an imminent Chinese invasion. There is perhaps an element of wishful thinking in that – just as the average Ukrainian on 23 February 2022 (or the average Belgian on 9 May 1940) went about their daily lives. But is that not the attitude to be encouraged? “Keep calm and carry on”.

What the West can do, is strengthen Taiwan’s resilience, notably by further boosting the economic relationship. Not, however, by creating extraterritorial restrictions on Taiwan’s trade and investment with China, as the US seeks to do in the area of chips (in which it hopes to restrict the EU as well). Once again, the point is to make clear that the status quo works well for everybody. China already is Taiwan’s biggest trading partner anyway, accounting for about 25% of total trade – double the US figure, the second biggest.

Instead, the EU, the US, and, above all, China ought to take the necessary steps to enhance a constructive economic relationship, based on full reciprocity in terms of market access. That will not prevent tensions between the great powers, but it remains the best way to mitigate them.

Of course, Western politicians can continue to visit Taiwan. They ought to, even – but to educate themselves rather than to profile themselves. It wasn’t until my own first visit, in 2011, that I fully realised how important it is to preserve the democratic way of life that the Taiwanese have built for themselves. So, don’t force yourself upon Taiwan, but let yourself be charmed by it. And if afterward you do want to help Taiwan, perhaps ask the Taiwanese what the best way of doing that is.

For Sven Biscop, Taiwan was love at first sight.

Also published in Dutch in the magazine Knack.