Home > Publications > Act as if it does not matter who wins

Act as if it does not matter who wins 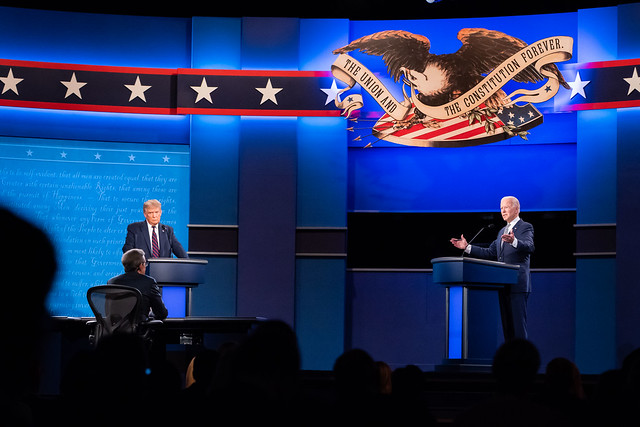 Of course it does matter very much. The proof is that although the title does not say so, every reader knows that this will be a piece about the US presidential election. And yet the EU should act as if it did not matter. For regardless who sits in the White House, the EU should always be able to defend its own interests.

Act as if it does not matter who wins

Of course it does matter very much. The proof is that although the title does not say so, every reader knows that this will be a piece about the US presidential election. And yet the EU should act as if it did not matter. For regardless who sits in the White House, the EU should always be able to defend its own interests.

We Europeans, however, have often taken our alliance with the US as an excuse not to bother. Once we assume that whatever happens, the US cavalry will come and solve it, we need not care too much ourselves. The Trump administration brutally shattered that illusion. But the reality is that Europeans should have known already since the civil war in former Yugoslavia in the early 1990s that the US will not always solve our problems for us – nor should it.

Nevertheless, the risk is great that if Biden wins today, Europe will immediately forget the Trump presidency as a sorry episode that it is better not to mention. Just like when Obama won his first term, we straight away put Bush Jr behind us. It would be a mistake, however, to repeat our attitude from 2008. Then we sat back and waited for Obama to announce his great strategy for the world, only to realise that Europe did not actually take centre stage in it. Nor did we agree with all of his strategies for other parts of the world, such as Afghanistan (from which we basically wanted to get out).

For sure, on many issues Biden’s foreign policy would likely shift to a line that is closer to Europe’s. Biden has announced that he would re-join the nuclear deal with Iran, though it may not be so easy to convince Tehran, and Riyadh, to return to diplomacy as the way of stabilising the Middle East and the Gulf. Europe would probably have to assume an ever larger share of the effort to address security issues in the Sahel, and perhaps even to some extent in the Middle East.

Biden further envisages to restore relations with the World Health Organisation. But in the economic area, he will most probably favour the domestic scene rather than reinvigorate the international trade agenda. Nor is it clear that he would simply end the trade war with China. If Biden would perhaps use tariffs more circumspectly, given the damage they do to the American economy too, he is also likely to be much tougher on Beijing about human rights.

This is indeed the major question: Do the Democrats, like the Republicans, see the very fact that China is a great power as a threat? Since China’s great power status cannot just be wished away, that can only lead to a rivalry without end, in which the EU will not join, unless China effectively turns into an aggressive power. Or will a Democratic administration define more specific strategic objectives that leave open the possibility of an accommodation with China, provided it observes certain rules? Then substantial cooperation with the EU will be possible – and necessary.

One thing is sure: in either scenario, Asia will be the primary focus of American grand strategy. Europe will be a secondary theatre at most, which will be seen in a much more instrumental light: What can Europe contribute to America’s China strategy?

The conclusion is obvious: the US will not prioritise the European economic interest. Call it “strategic autonomy” or a “geopolitical Commission”, the EU must therefore continue on the path that it has already taken and make sure that it can always defend its own interests. Even in an alliance, one must look out for oneself. Of course, we are much closer to the US than to China, but we must align with neither. Rather, the EU should define its own relations with all powers, based on its own assessment of their behaviour, and on its own interests. Our absolute preference is to defend our interest together with the US whenever we can; but we will have to learn to do it alone when we must.