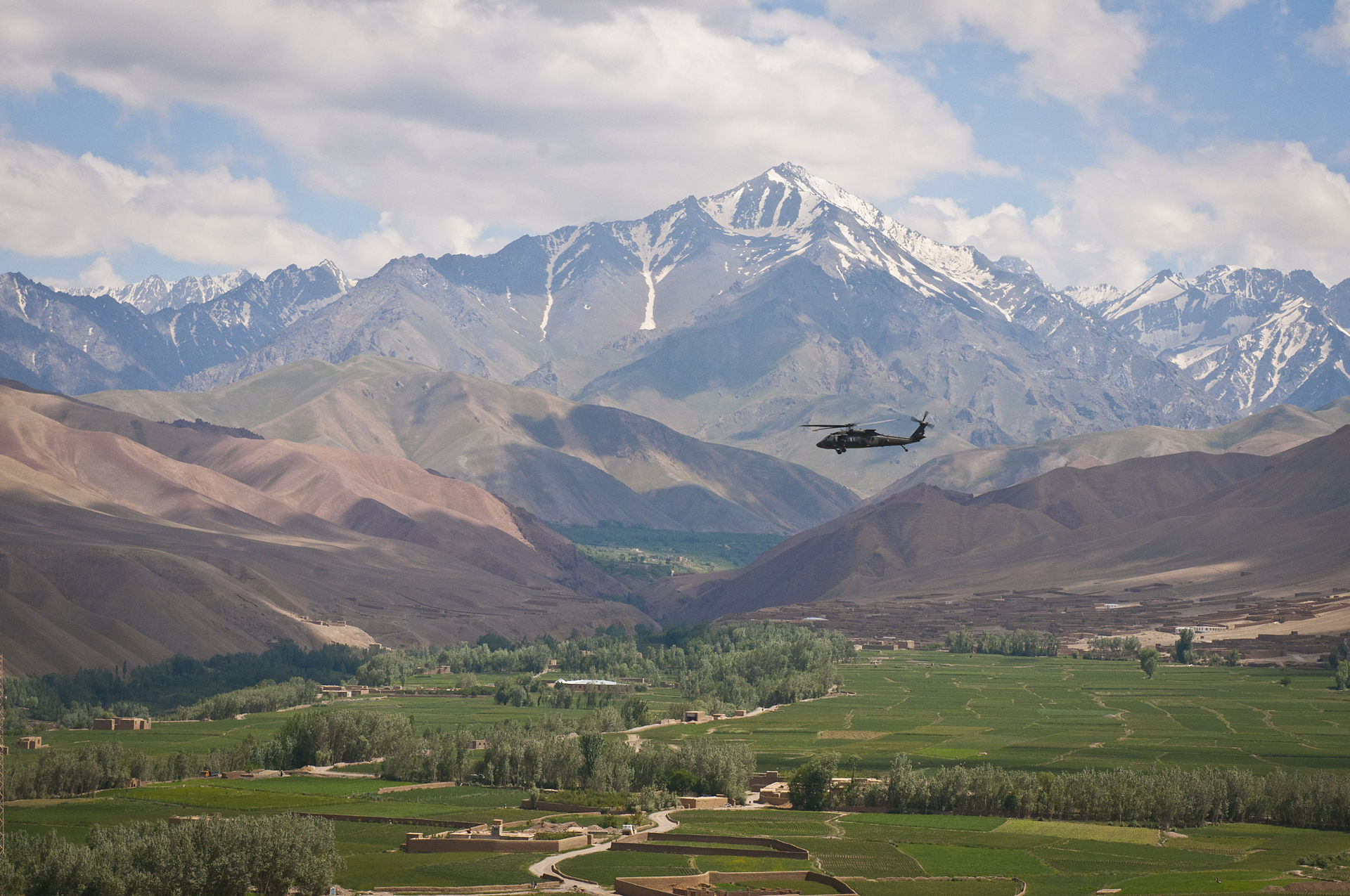 The TV news and press coverage of the mayhem in Kabul and around its airport mask the greater scrum by tens, if not hundreds, of thousands of Afghanis heading towards the country’s borders with the neighbouring states and beyond.

Already tens of thousands have entered Pakistan and Iran recently as a result of the violence in their country. Pakistan says that officially documented afghani refugees on its territory total 1.4million; Iran says it houses 700,000. The number is very likely much higher, and large numbers have made or intend to make their way to Turkey, many en route to Europe. Both Iran and Turkey are not as hospitable to these Afghanis as they once were both because of fears related to the COVID pandemic, as well as because of the current strength of the xenophobic domestic political tendencies in both. Turkey already has 3.6 million Syrian refugees and, together with Iran, they have hundreds of thousands of Afghani refugees from previous conflicts.

The TV news and press coverage of the mayhem in Kabul and around its airport mask the greater scrum by tens, if not hundreds, of thousands of Afghanis heading towards the country’s borders with the neighbouring states and beyond.

Already tens of thousands have entered Pakistan and Iran recently as a result of the violence in their country. Pakistan says that officially documented afghani refugees on its territory total 1.4million; Iran says it houses 700,000. The number is very likely much higher, and large numbers have made or intend to make their way to Turkey, many en route to Europe. Both Iran and Turkey are not as hospitable to these Afghanis as they once were both because of fears related to the COVID pandemic, as well as because of the current strength of the xenophobic domestic political tendencies in both. Turkey already has 3.6 million Syrian refugees and, together with Iran, they have hundreds of thousands of Afghani refugees from previous conflicts.

The welcome mat extended previously by the three states enabling these refugees to find refuge on their territories has been rolled back. Iran closed its 700 km border with Afghanistan. Turkey, building a physical wall to block Afghani refugees from streaming uncontrollably onto Turkish soil, deployed an additional 750 elite troops to its eastern borders with Iran in Van Province after thousands of Afghani refugees crossed into its territory having traversed Iran. President Erdogan, responding to domestic political pressures, vowed that Turkey will not become “Europe’s refugees warehouse”and effectively saying that these refugees will be Europe’s problem, not Turkey’s. Pakistani ministers are under pressure to clarify their position on what steps to take to deal with the mass flow of Afghani refugees having closed the two main border crossings then partially reopened them.

The 2021 refugee geopolitical dynamics unfolding in real time are fundamentally different from the geopolitical context that enabled the 2016 deal between Turkey and the EU: billions of Euros to Turkey in return for Turkey acting as Europe’s “refugee warehouse”. The domestic political calculus of the combination of COVID and “refugee saturation” (from various previous conflicts) is pushing the leaderships of Turkey, Pakistan and Iran in a fundamentally different direction than that of the 2016 which had a significant financial reward component. This time around, domestic political stability is at stake and that dimension trumps all other factors and incentives. Europe needs to come up with its own creative structures to deal with what will increasingly become its own  problem.

Given Europe’s depth and breadth in its relationship with the Middle East, and the Gulf in particular, it should be in a very strong position to put together an international structure, in cooperation with the Gulf states, in order to enable the reception of Afghani refugees in Gulf-funded reception and processing centres in both Turkey and Pakistan. Qatar and Turkey maintain excellent relations whilst Saudi and the UAE have good relations with Pakistan. France maintains excellent relations with both Qatar and the UAE and can take the lead in setting the scheme up, whilst Qatar soothes ruffled Turkish feather due to the recent French-Turkish tensions in the Mediterranean. Saudi Arabia and the UAE can develop the Pakistani end of the scheme. Germany can be Europe’s interlocutor with Turkey as well as with the new Taliban regime should this prove necessary given its initial contacts with them. Turkey, should it decide to join the scheme, can coordinate with Iran on the refugee corridor into eastern Turkey.

The Turkish and Pakistan’s leaderships will be able to use the fig leaf of such a broader international arrangement to deal simultaneously with the inevitable refugee flows on the one hand, and with their restive domestic constituents opposed to receiving yet more refugees, on the other, whilst deriving a financial incentive. They could also legitimately claim that the new centres will minimise the impact on the COVID situation as they will enable the authorities to “test and contain” as the centres will be both limited in geographic area as well as ensuring that transmissions in the community remain limited.

The centres, optimally to be located in the border regions of Turkey and Pakistan, could conceivably be akin to “small new towns” rather than the image conjured up by crammed, requisitioned and dilapidated buildings. This new town character will help make them humane, green and with a sense of community, rather than being “refugee camps” per se, hence the need for proper funding. This is also critical to the success of the scheme in another way, that of preventing these new towns from becoming recruitment points for terrorists as resentments, unemployment and social problems grow. The “new and green town” design and feel of these reception and processing areas should be provided with medical facilities, shopping, retail and leisure activities as well as educational establishments. This will not only be more humane and respectful of the refugees’ plight and predicament and protective of their dignity, but also will inject a measure of normality and routine in their lives, including by offering employment opportunities in the above mentioned activities. This will have the added advantage of creating a more positive environment for women and children whilst their applications are proceeded by the various European authorities. It is absolutely critical for Europe to start to think in concrete and practical terms away from ideological and emotive debates, laden with preconceived notions, as to how to deal and manage the refugee flows from Afghanistan. This is not only critically important from practical, political and humanitarian perspectives. It is also essential to mitigate the security risks inherent in such flows: we know what is coming, but we don’t know who is coming. This is not just about combating terrorism, human smuggling and trafficking. This is also about mitigating some of the risks associated with the emerging nexus of terrorism and organised crime through intelligence work, proper screening and due diligence.

Moreover, for Europe, it will enable the creation of a legitimate refugee corridor in a safe zone and the subsequent orderly processing of applications. There are indications that Europe and member states are discussing the idea of renewed talks with Turkey roughly along the 2016 lines. The German Foreign Minister Heiko Maas is meeting his Turkish counter part Mevlut Cavuaoglu Tuesday 24 August. The US seems to be talking about “resettlement schemes” as the refugees depart beyond the airports to which they were airlifted out of Kabul. There are no indications, however, that a more ambitious multilateral international cooperative and partnership structure along the lines proposed here is being planned. It should be.

Europe needs to urgently seize the initiative to deal, proactively this time rather than reactively, with the coming Afghani refugee flow. It can not afford to be either complacent, or to rely on the 2016 model without creating a new structure. This structure can be multilateral and cooperative and can become a flexible partnership model for future refugee crises. The Eastern Mediterranean, on Europe’s doorsteps, may be next in the medium term as Lebanon has become a failed state, and Africa in the long term if the latter’s massive projected population growth continues to be combined with corruption and bad government.

Bernard Siman is the Head of Financial Diplomacy at the Brussels Diplomatic Academy of the Vrije Universiteit Brussel, and also teaches at its Faculty of Social and Economic Sciences and the Belgian Royal Military Academy. He was the U.K. Special Representative to the UAE for Financial and Professional Services. He advises governments and corporates on Geopolitics and hybrid warfare, as well as on the Mediterranean region and Japan. He was honoured by HM the Queen with the Order of the British Empire, and with the Leopoldsorde by HM King Filip of Belgium.