Home > Publications > After the crisis: some thoughts on a global EU – or how to turn a crisis into regeneration

After the crisis: some thoughts on a global EU – or how to turn a crisis into regeneration 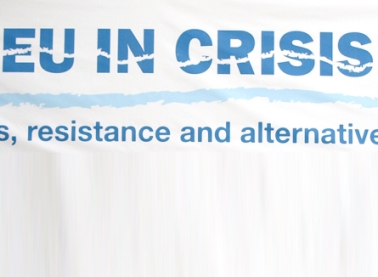 Good ideas sometimes spring out of crises. The European Union itself was ‘invented’ from a crisis, conceived in the rubble of the Second World War. It is less frequently recalled that the European integration project took shape at a time of great change and of redefinition of Europe’s global role. Between 1946 and the 1960s Europe lost one source of global power and influence –its empires–, independence movements and decolonisation processes put serious strains on European states, the global rise of the United States from 1917 onwards challenged Europe’s predominance and the American influence over Europe was made concrete through the Marshall Plan. The 21st century is seen with preoccupation in Europe as the Asian century; but much of the 20th century was not European – it was American. The alarmism which has surrounded the ‘decline and fall of Europe’ has confused the trees for the wood. Europe’s relative decline is an old story. The crisis might have rendered Europe’s difficulties more salient or even accelerated the overall declining trend, but all this does not mean that the EU is bankrupt – as an idea, as a global actor, as a source for renewal. It is time to see the wood for the trees, use the opportunity for a self-critical and constructive appraisal of the EU’s strengths and weaknesses with the aim to present itself to the world as a renewed and unique polity willing and equipped to address the challenges of the 21st century, regardless of its ‘power’ status. It is about making virtue out of necessity; about turning a dramatic story of crisis into a positive story about regeneration. For that to occur, Europe and Europeans will have to take a close look at their standing in today’s rapidly changing world, adjust and adapt to new global realities and learn to project their still considerable assets in a more attractive manner.