Home > Publications > An appeal to the moderate Trump 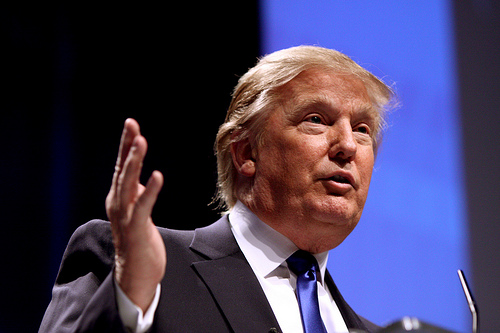 Without the EU, there can be no NATO. Can we please sell this message to the US?

NATO remains very important to the US, Defence Secretary James Mattis confirmed at his first NATO Defence Ministerial last Wednesday (15 February). But if the Europeans do not quickly start spending more on their defence themselves, the US will “moderate” its commitment. Well, I suppose one should be happy that there is now at least one thing on which the Trump administration aims to be moderate.

Earlier President Donald Trump had called NATO “obsolete”, so in that sense it really is a moderation. On other issues too he has nuanced or even overturned previous positions. While he initially seemed to doubt the US’ continued adherence to the “One-China-Principle”, for example, he then in his first phone call with President Xi Jinping confirmed it anyhow. Because President Xi requested him to, according to reports of the conversation – that does not really show a lot of conviction.

These successive changes in the US position are not that comforting, therefore. They rather demonstrate impulsivity and improvisation, and a lack of knowledge and preparedness. Everything that one does not expect from the leader of a great power. How will Trump act in a crisis situation? All of this makes the US unpredictable, and unpredictability generates instability. Of course, every new administration has to get organized – but so far this White House seems to be organizing chaos.

It should also be noted that so far previous statements on the European Union have not been nuanced. Not only did Trump welcome Brexit, but he even expressed the hope that more EU Member States would follow the British example. It is the very first time that a US President and his closest advisers, such as Steve Bannon, are actively opposed to the existence of the EU as such. That is not something to be taken light-heartedly.

Exactly 70 years ago the US launched the Marshall Plan, which kick-started the economic revival of Europe after the Second World War. As a condition the US put European political and security cooperation. The US saw a strategic interest in European unification, for only thus could Europe become the strong ally that it required in view of the beginning Cold War with the Soviet Union.

Trump however, in his black-and-white view of the world, sees the EU, and within the EU Germany above all, as one of the actors that disadvantage the US economically. Does he really think that America’s economic and strategic position will improve if he breaks up the EU? The EU is the US’ most important market for trade and investment by far. And in spite of all the shortfalls, together the EU Member State also remain America’s most powerful military ally.

The US is right, of course: Europeans must take their defence in their own hands. That does not necessarily mean spending 2% of GDP on defence. It does mean doing enough to achieve the strategic autonomy that the EU has called for in its June 2016 Global Strategy. The best way of doing that is by integrating European armed forces in an EU-context. All additional capabilities that can thus be generated can of course be deployed in a NATO-context as well.

But: without EU, no NATO. The end of the EU means the end of the single market and economic and political chaos in Europe. We all know where that leads: polarisation and populism within, and tensions between countries. NATO cannot survive that.

This is the message that European leaders, unanimously and unequivocally, should pass on to US Vice-President Mike Pence when he visits Europe this week. His upcoming trip to the Munich Security Conference and then to Brussels does not just present them with the opportunity, but with the duty to do so.

Prof. Dr. Sven Biscop is the Director of the Europe in the World Programme at the Egmont – Royal Institute for International Relations in Brussels, and a Professor at Ghent University.