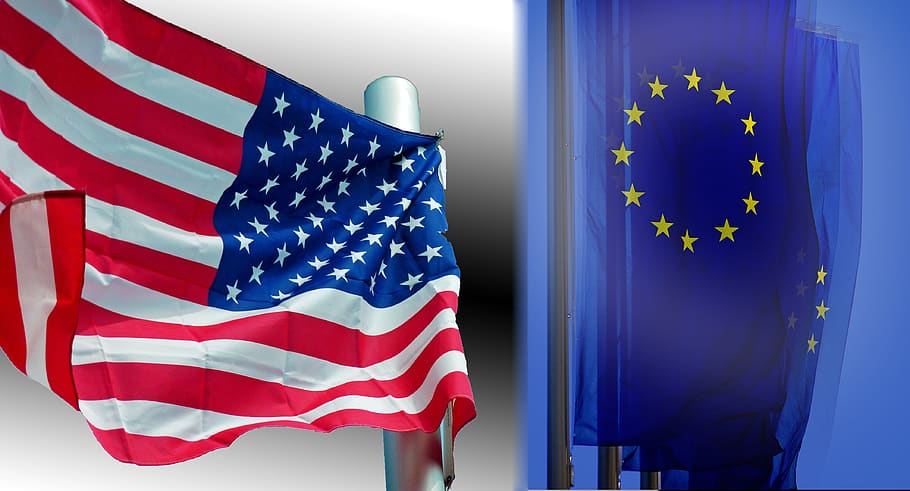 The president of the United States making a deal with the president of Russia behind Europe’s back: that is just one example of something that, thanks to Joe Biden’s victory, the European Union will not have to worry about for a while.

This article was first published in Dutch on VRT NWS.

This article has also been published in Spanish in Politica Exterior.

The president of the United States making a deal with the president of Russia behind Europe’s back: that is just one example of something that, thanks to Joe Biden’s victory, the European Union will not have to worry about for a while.

For a while, for “Trumpism” has been defeated but far from destroyed – not with Donald Trump winning over 47% of the popular vote. More than 73 out of 150 million American voters either agree with enough of Trump’s views to vote for him, or, even if they don’t, somehow find the prospect of a Democratic president so abhorrent that they pinch their noses and vote for him anyway. If the Republican party stays in the hands of people like attorney general William Barr and Secretary of State Mike Pompeo, who believe that the president is above the law in the US, and that he can set the law outside the US, another authoritarian populist could very well be voted into the White House in a next election. Any such future “Trumpist” is likely to be far more dangerous than Trump himself ever was, if he translates Trump’s political instincts into method and strategy instead of whims and tweets.

It would be very short-sighted therefore for the EU to give up on its objective of strategic autonomy. The EU Global Strategy formally introduced this objective in June 2016, when everybody still thought that Hillary Clinton would comfortably win the elections. It was not adopted in reaction to Trump’s victory and should not be abandoned because of his defeat. Strategic autonomy is a European project for the coming decades, not for the next American presidential term.

Strategic autonomy, strategic sovereignty, a pole of the multipolar world, a great power: it all amounts to the same aspiration – the EU has to be an independent global player on a par with the US, China, and Russia. Why? Because (1) the EU cannot count on any other player to defend the European interest in its place, not even on the US.  After four years of Trump even the staunchest Atlanticist should have understood that even the US acts against the European interest at times. And because (2) in a world of continent-sized great powers, the only way for the Europeans to defend their own interests is to integrate and achieve the same scale, and that is only possible through the EU.

Strategic autonomy does not mean that the EU seeks to decouple from the US. The only people using that term in earnest are those in the US who want to decouple the American economy from China. Which is exactly what the EU wants to avoid, for such a decoupling could only lead to rivalry without end, an even deeper economic recession than the COVID-19 pandemic has already caused, and the end of multilateral cooperation to solve global problems and prevent great power rivalry from escalating. Instead the EU wants to work with all great powers to keep multilateralism alive and reform it, to maintain a global level economic playing field, and to prevent the world from falling apart in exclusive spheres of interests and rivalling blocs.

Rather than put that agenda on ice because Biden has been elected, the EU should grasp the chance to convince him of it. The EU must pursue its own grand strategy regardless of who occupies the White House. But a Democratic incumbent is an opportunity to do so without causing unnecessary friction, first of all, and hopefully in far closer cooperation with the US again, so that much more can be achieved – before “Trumpism” surges again. Europeans certainly welcomed Biden’s announcement that he will re-join the Paris climate agreement, the Iran nuclear deal, and the World Health Organisation. But will the new administration embrace a broader agenda of reviving multilateralism? Will it continue confronting China for the mere reason that it is a peer competitor of the US, or will it define more specific strategic objectives that leave open the possibility of an accommodation with China, provided it observes certain rules?

A lot depends indeed on China’s future behaviour. Strategic autonomy was never about equidistance: the EU prefers to defend its interest together with the US, and is obviously much closer to it than to China. If China turns into an aggressive power, the EU must ally with the US to halt any expansionist designs. But even authoritarian China does have legitimate international interests, and the right to pursue those in a legitimate way; its success at that must be an incentive to do better ourselves, not to excoriate China. Will Beijing understand that Biden’s victory is a chance for it too? Give those in the EU and the US who still believe cooperation is possible something to work with, and workable great power relations could yet be preserved. Persist in obstinately refusing effective reciprocity in economic relations, and see the camp that clamours for confrontation grow ever stronger.

Atlanticists tend to decry European strategic autonomy as unrealistic. But that is circular reasoning: Europe is weak and dependent on the US, therefore it is not allowed to express any serious ambition, and so it remains forever weak and dependent on the US. Will the US forever accept that? Again, Trump should have taught Europeans otherwise. One may be nostalgic for the transatlantic harmony of the past (and it is probably more harmonious with hindsight than it looked at the time). One must be grateful for the American contribution to liberating Europe from Nazism and for safeguarding western Europe from Stalinism afterwards. But past merit does not excuse today’s mistakes, nor does it warrant blind confidence in the future. Likewise, the hopeful aim of future Chinese good behaviour does not warrant condoning today’s transgressions. Strategy is a rational business: one must judge each action in its own right, in light of one’s interests.

Reason shows, that the EU cannot achieve the same degree of strategic autonomy in all areas at once. The EU is a global economic power, and it is learning how to get better at geo-economics and translate economic power into political leverage. Europe’s military power is lagging behind. Not mainly, however, because it does not spend enough: in 2019, the EU-27 spent $214.8 billion on defence, more than China ($181 billion) and much more than Russia ($48.2 billion). The only reason why the EU is not a military power on a par with its economic power is because, against reason, its Member States so far refuse to apply to defence the same key to achieve power: integration. If they would integrate their militaries, they could build up an EU pillar of NATO that in conventional military terms could stand tall on its own. That balance, and not perennial subservience, is the key to NATO’s continued relevance on both sides of the Atlantic.

The EU must actively engage the US as an equal, therefore. Europeans can count themselves lucky that Joe Biden won. They should not spoil their luck and waste the opportunity to advance their agenda.