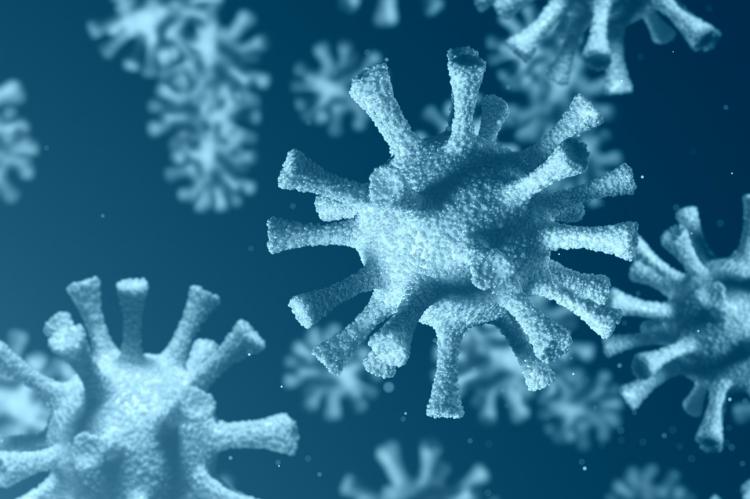 The Corona pandemic is changing the way we live and function as a society for at least the coming weeks or months. While it is a virus that does not take into account race, sex, class or age, it is also quite brutally revealing and reinforcing socio-economic inequalities which reflect the distribution of power in our societies. This, at the same time as it is showing us the strength of empathy, respect and solidarity, in a time where individualism long has been the guiding principle.

The Corona pandemic is changing the way we live and function as a society for at least the coming weeks or months. While it is a virus that does not take into account race, sex, class or age, it is quite brutally revealing and reinforcing socio-economic inequalities which reflect the distribution of power in our societies. This, at the same time as it is showing us the strength of empathy, respect and solidarity, in a time where individualism long has been the guiding principle. In this commentary, I reflect on the long-term consequences of the Corona virus for different groups in society and identify some lessons to be learned from this pandemic: 1) technology is only a means of communication, not a replacement for human socialization; 2) the importance of the people delivering the state’s basic services in the education, security and health care sectors, needs to be acknowledged in both respect, and better working conditions, and lastly: 3) our interconnectedness is both a weakness and a strength, with solidarity coming out as the main lesson learned from this crisis.

At the start of the spread of the Corona virus, I was surely not alone in selfishly thinking that it was something far away from my continent, from my country and from my city, and thus something to watch and comment on, from a safe distance. Only a few weeks later, however, it had entered Europe and its far-reaching consequences became evident for everyone as we watched Italy struggle to cope with the spread of the virus. Yet, even though, we all, most likely, eventually will be exposed to the virus, the consequences are clearly not the same for everyone. As all major catastrophes, this pandemic is hitting the most vulnerable the hardest and reinforcing inequality. It is however not just the most vulnerable, the ones that we can easily identify as the homeless, the chronically ill and those suffering from extreme poverty, that are disproportionately exposed to the consequences, it is also those whose vulnerability is under control and to some extent hidden as long as society is functioning as usual. They are the ones I will focus on below.

We already know that this is a virus that hits the elderly and the chronically ill harder than the rest. “Just as the seasonal flu,” some will point out, which is true. Yet, in comparison to all the things we do not know, what we do know is that it is far more deadly than the ordinary flu and we therefore need extraordinary measures like confinement and social distancing to slow down its pace. The elderly, our parents and grandparents, are thus the primary group at risk, a group which both is more accustomed to less interaction with others, due to their retirement from the work force, but at the same time more in need of other social activities to replace that human interaction. While all our elderly relatives are not dedicated members to yoga clubs, bridge parties or volunteering for a variety of good causes, many are dependent on this type of social interaction to avoid feeling isolated. Many are also living alone, with limited capacities to use internet to keep in touch, and with the advice to avoid meeting younger children and grand-children during the coming weeks, loneliness may become a far bigger health threat than the Corona virus to this group of people.

Children are not the main risk group of getting serious infections from the Corona virus, although they remain, as always, small, and sometimes cute and innocent, transmitters. No parent has ever doubted this during the autumn season’s range of colds, flus and sore throats. Yet, while children are not facing the worst health risks, they are still affected by the social  distancing and the closure of schools. Those children with parents who are privileged enough to be able to stay at home and who have the capacity, and will to home school (I am already starting to doubt the two latter for myself), will come back to school, many steps ahead of those whose parents cannot or will not do the same.

For the children who live with parents and relatives cramped in small apartments, home schooling is difficult even if there are adults able and willing to teach, for the simple reasons of lack of space and concentration. For many children who have parents with drug, or abuse problems, home schooling is not even an option. For them, school is a sanctuary where social contact with other adults and children is a relief. For them, the confinement will have more consequences than just an involuntary break in their education. So, children are not, as we would like to think, all spared from the consequences of this pandemic.

The last few weeks have seen enormous numbers of workers fired or put on temporary “technical unemployment” from a variety of different jobs: factory workers, cultural workers and flight personnel to name just a few. This is not including all of the small business owners of restaurants, gyms and cafés, who will face significant economic consequences with the isolation and social distancing. Even states which hardly can be considered as well-fare states are creating massive economic support packages to counter for these economic consequences. Yet, no support package can substitute the feeling of being replaceable. The social consequences will thus most likely be as far-reaching as the economic ones and spilling over into the private sphere as well.

Women are disproportionately responsible for caring for both children and the elderly, both in the public workforce and in the private sphere. As such, they will carry a heavier load than the men when it comes to home schooling and remaining in touch with elderly relatives. This will also disproportionately affect women’s careers. Anyone who has ever tried working from home with younger children, knows that the productivity and efficiency are likely to hit rock bottom fairly quick, resulting in less career advancement, while single mothers who cannot work from home are faced with an unenviable dilemma. Women are also disproportionately affected by domestic violence, which has been known to increase during periods of economic hardship. In February, the number of domestic violence cases nearly tripled in the Hubei province after the quarantine in January. Again, the social consequences will at times be harder to remedy than the economic. This is why it is important to turn the social consequences into lessons learned from this crisis.

What have we learned from the crisis?

The Corona crisis has made our reliance on technology glaringly obvious in the past few weeks, but so has our need for human interaction, beyond the virtual sphere. While technology can do a lot for us these days and the appreciation for Skype, Face Time and WhatsApp grows as it makes it possible for us to stay in touch with our loved ones across borders and in the midst of a pandemic, we have also come to realise that technology does not replace human contact. The need to interact, to socialize, to see, to hear and to touch (who would have imagined that we would miss the salutary kiss on the cheek or the high fives in the gym?), become apparent in times like this. Technology then, remains a means to connect rather than a substitute for human contact. This does not mean that we should not use it as much as possible during the coming weeks to nag on our parents to stay at home, to let our children talk with their friends and to maintain our sanity while doing virtual ‘apéros’ with our friends.

This crisis has also shown the importance of a state that takes care of the most vulnerable, a state which can throw out a wide enough socio-economic safety net to catch the ones on the margins before they fall. It has also shown the extent to which the state is dependent on the workers who are to deliver its basic services in the education, security and health care sectors. Let us hope that we remember their selflessness and their courage, not just at 8 pm in the evenings when we applaud them, but also when all of this is over, and reward them with kindness, admiration, and most importantly, better working conditions and salaries which reflect their importance in society.

Finally, the Corona crisis has shown us both the weaknesses and the strengths of our societies’ interconnectedness. Even faster than the virus is transmitted between us, are the feelings of empathy, compassion and solidarity. Let us remember the power of solidarity as the most important lesson of this crisis and carry it with us as we enter the post-Corona period, which hopefully will arrive soon.

*Nina Wilén is the Director of the Africa Programme at the Egmont Institute and Assistant Professor at Lund University. Her latest Egmont policy brief is What is the added value of male peacekeepers? (Or why we should stop instrumentalising female peacekeeper’s participation) and she is currently working on a book on African Peacekeeping to be published later this year.

The author warmly thanks her colleague Sven Biscop for useful comments.