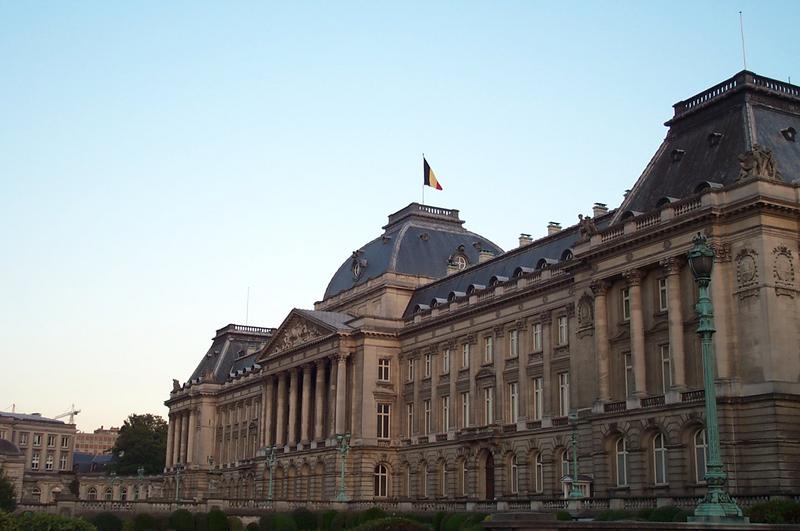 “What should the EU do?” This is how most, if not all, policymakers in the Belgian foreign ministry react when a crisis occurs in, say, Ukraine or Syria. But as long as the reaction in London, Paris, and Berlin is “What should Britain/France/Germany do?,” the EU as such is likely not to do very much at all.

This commentary appeared in Carnegie Europe on 10 April 2015.

“What should the EU do?” This is how most, if not all, policymakers in the Belgian foreign ministry react when a crisis occurs in, say, Ukraine or Syria. But as long as the reaction in London, Paris, and Berlin is “What should Britain/France/Germany do?,” the EU as such is likely not to do very much at all.

This puts Belgium in a quandary.

Belgium wants to believe in the EU’s Common Foreign and Security Policy (CFSP). That is a matter of self-preservation, first of all, for history teaches that if the European powers do not talk each other to death in Brussels meeting rooms, they usually fight each other to death on Belgian battlefields.

It’s a question of national interests, too. On many issues, the only way of exerting leverage and defending Belgian interests is through the EU. Belgium has long realized what too many member states stubbornly refuse to acknowledge: increasingly, the choice is between pooling sovereignty and having no sovereignty at all.

Belgium’s pro-EU stance is also a matter of principle. Only through an effective CFSP can Europeans play a distinctive part in world politics, defending their interests while promoting their values and the social model in which they take pride, independently of the great powers. For these reasons, Belgium always seeks to play by the book and loyally operates through the CFSP, the European External Action Service, and the EU delegations abroad, even when many other member states do not. That can be called principled, but also somewhat naive. Yet if the Belgians don’t speak up for the EU, who will?

So while the wisdom of this course is from to time questioned inside the foreign ministry, in the end it is always maintained. Successive Belgian foreign ministers are even on record as preferring majority-based decisionmaking over unanimity inEU foreign policy.

Belgians are indeed at the forefront every time European cooperation takes a new big step—as demonstrated by Paul-Henri Spaak, Etienne Davignon, and Leo Tindemans, all of whom were instrumental in furthering a common European approach to foreign policy. But as long as Belgium is more or less alone in proposing a more integrated CFSP, that front will remain quiet

An excess of modesty also comes into play in explaining Belgium’s commitment to EU foreign policy. The average Belgian thinks of his or her country as a small state, even within Europe, although in reality it is the ninth-largest EU member by population.

This translates into the widespread view that Belgium should not put on too many airs. When a U.S. or Chinese president meets the Belgian king or prime minister, the public reaction is a mix of surprise and wonder that such august personalities should deign to meet with them at all—even though it happens on quite a regular basis as Belgium hosts the headquarters of both the EU and NATO. Belgian public opinion does not exactly expect or encourage grand national foreign policy initiatives.

Several years of domestic political turmoil have not been conducive to an ambitious foreign policy, either. Just as the rejection of the EU’s proposed constitutional treaty in 2004 and then the eurozone crisis absorbed nearly all the attention of European leaders, so in recent years, Belgium’s leaders needed all the energy they could muster to overcome a very serious internal political crisis. That too can be exaggerated, though: the EU member state that ultimately came closest to breaking up was not Belgium but the United Kingdom—bien étonné de se trouver ensemble.

Belgian foreign policy, therefore, does not always have a clear story line. If a score has to be given, this would earn it 3.5 out of 5. Nonetheless, the country has repeatedly had great influence on the European and international agenda, more so than public opinion is aware.

Major issues on which Brussels has played a leading role include removing antipersonnel mines, protecting natural resources in times of conflict, managing crisis in the Democratic Republic of the Congo, ending impunity for the perpetrators of crimes against humanity, and establishing a rules-based international order in the wake of the 2003 U.S.-led invasion of Iraq, against which Brussels took a very outspoken stance.

These examples prove that a so-called small country can exert influence—if it plays a proactive role and puts forward proposals, that is, and tries to steer EU foreign policy. Unlike for larger countries, however, taking the initiative is only possible on issues on which the other member states recognize Belgium’s specific expertise or interests. And Belgium must then be willing to invest its own diplomatic, financial, and military means, as the case demands.

That is what the author of the standard account of Belgian foreign policy, Rik Coolsaet of Ghent University, calls the entry fee that small countries have to pay to enter the international arena. Unfortunately, Belgium’s means to pay the fee are becoming increasingly scarce, as the budgets of both the foreign and the defense ministry have been severely cut.

Now is a good time for Belgium to reinforce its story line and make it more consistent. That means revisiting the substantial priorities on which Belgium feels the CFSP should focus, and then putting those priorities forward in the context of the strategic review that EU High Representative Federica Mogherini has announced. And then, next time U.S. President Barack Obama or Chinese President Xi Jinping visits, there can be an exchange on priorities, rather than just an exchange of niceties.