Escalate the diplomatic offensive in the war against Islamic State 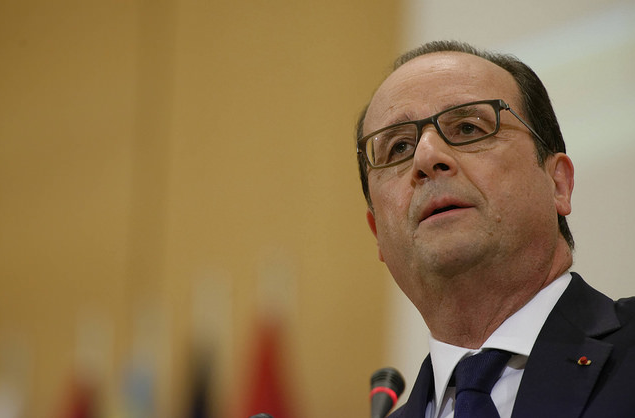 We are at war with IS. Not since the attacks in Paris on Friday 13 November, but since 2014, when we decided on military intervention to halt their advance in Syria and Iraq.

Escalate the diplomatic offensive in the war

We are at war with Islamic State. Not since the attacks in Paris on Friday 13 November, but since 2014, when we decided on military intervention to halt their advance in Syria and Iraq. In his reaction French President François Hollande thus named a war that has been going on for a year. Or how else should one call the decision to dismantle a self-declared state by military force? Of course, we do not seem to like the use of that word, ‘war’, any longer. Instead we speak, at most, of peace enforcement. Yet where peace has to be enforced, there is war. Better to call a spade a spade and be honest towards our publics and parliaments, and especially our soldiers. For them, on the ground, war remains war, whatever the euphemism of the day.

This de facto declaration of war was justified, for the existence of IS constitutes an implicit declaration of war in itself. Against the local regimes, first of all, which IS seeks to topple and replace by a caliphate. That war is the raison d’êtreof IS, with whom therefore no peace can be concluded. As long as IS exists, peace, as well as democratisation and economic development, are impossible in the region. And as its mere existence attracts European citizens to join IS as ‘foreign fighters’, Europe will remain involved.

But Europe’s survival is not being threatened. No European democracy will collapse because of a terrorist attack – as long as we remain true to the liberté,egalité and fraternité on which our European society is based. For many regimes in the region itself though, which are a lot more fragile, survival is at stake. Some of those same regimes, including our allies Turkey and Saudi Arabia, have however contributed to the expansion of IS. Until they discovered that in the complex Middle East, the enemy of my enemy can be my enemy too.

Europeans and Americans are not waging an unlimited war therefore. US President Barack Obama initiated the intervention because at first the regional actors could not, or did not want to see that, like Frankenstein, they no longer controlled their creation. Western intervention should remain limited to air strikes and the training and arming of local ground troops. It is up to our regional allies, who are threatened the most, to assume most of the responsibility and win the war on the ground.

Following the attacks in Paris, it is time for a new offensive – a diplomatic offensive. Just like the fact that this is a war, the need for diplomacy is not new. From the start, the air campaign was no more than a holding operation, pending effective ground operations that would defeat IS. Ground troops will not be effective however until they know what they are fighting for. That requires that all parties fighting against IS agree on the power structure that should succeed IS, in Syria and Iraq. The European Union is best placed and should have convened a regional diplomatic conference, with the US, Russia, Iran, Iraq, Turkey and Saudi Arabia, a long time ago. It is ironic that the stepped-up Russian military involvement has now finally put a diplomatic process in motion. This is where acceleration is now crucial, in order to arrive at a ceasefire on all other fronts and concentrate all operations on IS.