Home > Publications > Out of the blue: a white book 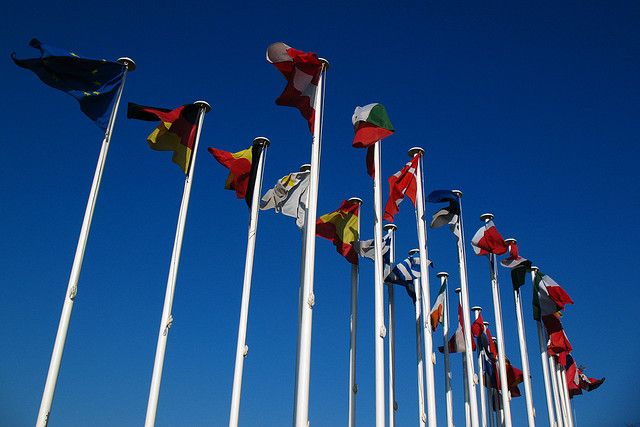 The idea for a European ‘white book’ on defence is again gaining traction, but Sven Biscop argues that it must become an integral part of the work on an European Global Strategy if it is to meet its full potential.

When Belgium had the Presidency of the EU in the second half of 2001, it achieved six out of its seven objectives for what was then still called the European Security and Defence Policy. The one proposal that proved to be a bridge too far for nearly every other member state was the idea to produce a white book. Like the horse that passed through a cabinet meeting and came out a camel, the Belgian idea for a white book became an academic paper written in 2004 by the EU Institute for Security Studies; a very good paper, but far from an official white book.

The idea was never really put back on the table since then. Until 2015, when very surprisingly it became a prominent feature in the debate about the place of the CSDP in the future EU Global Strategy, which High Representative Federica Mogherini will present in June 2016. The Netherlands, which will assume the Presidency on 1 January 2016, have come out forcefully in favour of a white book. Michel Barnier, special advisor on defence to Commission President Jean-Claude Juncker, also strongly supports the idea. So do several key actors within the CSDP-machinery, who see it as a way of ensuring some dynamic in CSDP after the adoption of the Global Strategy. Indeed, so great is the enthusiasm that the High Representative felt the need to curb it somewhat, pointing out – quite reasonably – that there has to be a Global Strategy first before any sub-strategy, such as a white book, can be elaborated.

Therefore the priority question for the first half of 2016 should be: what should the Global Strategy itself say about the CSDP? The starting point must be which security responsibilities Europeans need to assume as a matter of priority. Assessing Europe’s shared vital interests, the security environment, the linkage between internal and external security and the practice of past and current European engagements, four priorities emerge:

A clear statement of ambition along such lines would give a sense of purpose to European defence efforts and would be very welcome to our allies and partners, who would then know which contribution from Europe they can look forward to rather than which help Europeans are requesting.

The difficulty is that setting out these priorities in the EU Global Strategy does not necessarily imply that in crisis situations Europeans will only act upon them through the CSDP. Depending on the case at hand, Europeans may choose to have recourse to NATO, or to form an ad hoc coalition. Capitals have to learn to accept the fact that Europeans can only make ‘grand strategy’, for all of external action, through the EU, because apart from the states themselves only the EU covers the entire spectrum from aid and trade to diplomacy and defence. But they also have to accept that not all military instruments needed to implement such a ‘grand strategy’ are available in the EU. Vice versa, that also means accepting that those other options to conduct military operations, including NATO, (also) are just that: instruments of a broader EU strategy. This is already the case today: if NATO has created the Very High Readiness Joint Task Force (VJTF), that is a direct consequence of how the EU’s strategy for the Eastern Partnership and Ukraine played out – the Alliance would not have taken this initiative otherwise.

The alternative, i.e. to limit the defence dimension of the Global Strategy to those elements that can be acted upon through the CSDP would be nonsense. First, because of the limited scope of CSDP military operations so far, so it would be a very modest defence dimension indeed. Secondly, because it is most unlikely that this debate will take place in any other organisation – NATO is certainly not going to define what the European allies and partners / EU member states ought to be capable of alone, or what they want to be capable of outside the traditional North Atlantic area. But the debate must be had, because the four priorities outlined above for sure have to be on the radar screen of the EU and of every security organisation in which Europeans are engaged. Indeed, just as NATO’s decisions at its September 2014 Wales Summit had an immediate impact on the EU, so the level of ambition that Europeans can agree upon in the Global Strategy will now automatically frame the debate that they will have just one month later, at NATO’s Warsaw Summit in July 2016.

Once the level of ambition is clear, translating it into military requirements is the role of a white book. This is a role that is more logically fulfilled in the CSDP-context again, as the most promising framework to meet those requirements, through collective capability development and pooling and sharing between Europeans (and bringing in the European Defence Agency and the European Commission). In effect, drafting a white book means to update the 1999 Helsinki Headline Goal. The Headline Goal limits the level of ambition for autonomous European operations (now to be read as: operations without the Americans, through the CSDP, or NATO, or an ad hoc coalition) to sustaining up to a corps (60,000 troops) for a least one year, an arbitrary figure which is related neither to what the armed forces of the twenty-eight member states (still 1.5 million troops!) should actually be capable of nor to the needs that the security environment imposes. For more than a decade, 60,000 troops or more have been deployed at any one time, under NATO, EU, UN, national or coalition command. But: Europe cannot deploy such numbers alone but only with the support of American enablers, and Europe could not deploy any significant additional troops so is left without a strategic reserve. An update is long overdue.

A strategic imperative may be a political impediment: it will not be easy to convince member states of the linkages between EU strategy (the strategic level), NATO, CSDP, UN and coalition operations (the operational level), and collective capability development and pooling and sharing through the EDA and in regional clusters (the capability level). It certainly remains to be seen whether all member states can be convinced of the white book idea. Changing the name can help (for the very title of ‘white book’ can be a red line in certain capitals) and is already being considered. Perhaps, if consensus turns out not to be possible, those in favour should find a way of taking the white book idea further anyway, in the context of a cluster of member states that is willing to integrate its defence efforts further (France, Germany and the Benelux come to mind).

To be avoided by all means is framing this debate in the beauty contest between the EU and NATO. In fact, if a white book were agreed upon, the priority requirements resulting from it could subsequently be the subject of a joint EU-NATO statement. Mogherini and Stoltenberg could thus point out to their respective European member states that to enable both autonomous European operations as well as a European contribution to collective defence, there is only one contest: the contest in each country to commit sufficient means to defence.