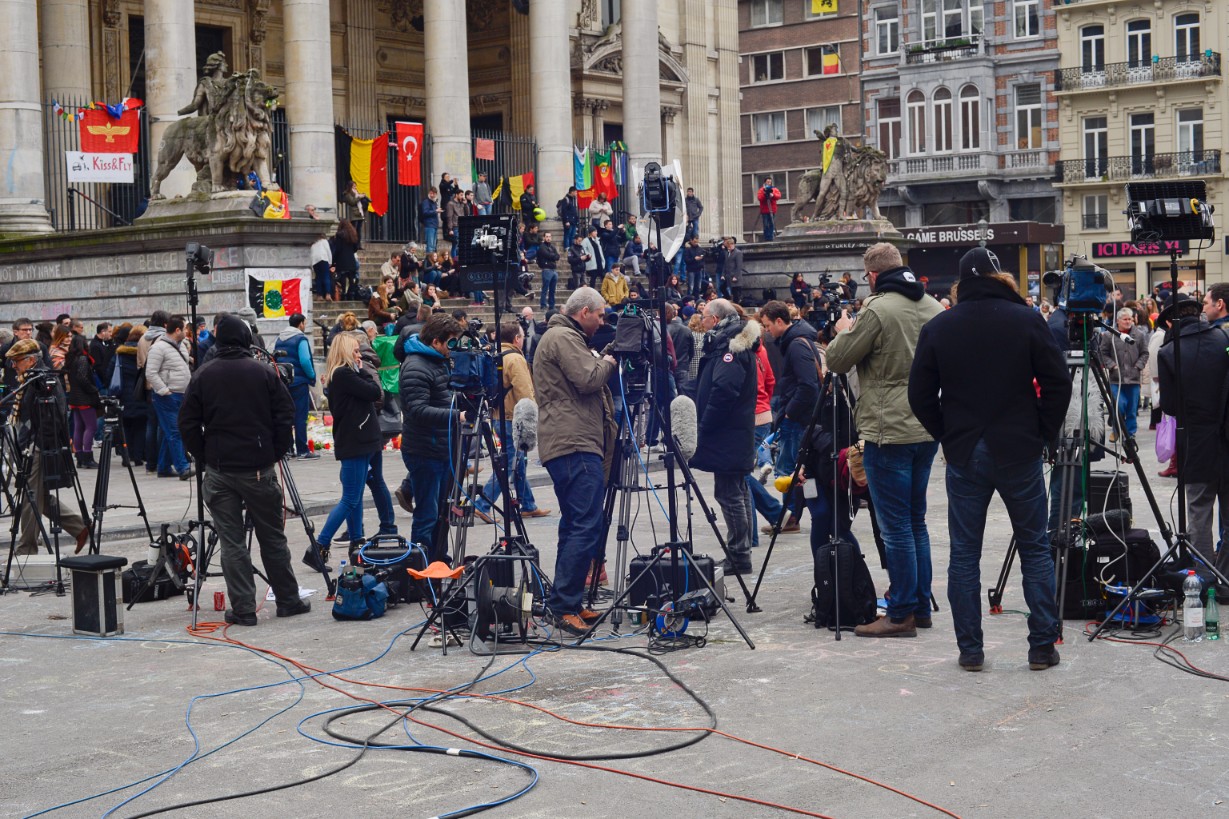 Following the terrorist attacks in Paris (November 2015) and Brussels (March 2016), Belgium was subject to numerous criticisms. Belgium-bashing has now passed out of fashion, but it continues to shape the perception of the country’s counterterrorism policies in some circles. Such biased perceptions fail to recognize the major developments that have taken place over the past few years, however. In spite of its small size and limited resources, Belgium is at the forefront of many initiatives against violent extremism.

This article was first published in  Lawfare.

Editor’s Note: Belgium has earned a bad name in counterterrorism circles, with critics charging that its security services did too little too late when it came to disrupting the Islamic State and other groups on Belgian soil. The tragic terrorist attack in Brussels two years ago, however, marked a turning point. Thomas Renard and Rik Coolsaet of Egmont detail the significant steps Belgium has taken in recent years to improve its counterterrorism capacity.

Almost two years ago, Belgium was struck by the worst terrorist attack in its history. Two squads comprising a handful individuals detonated powerful home-made bombs in the Brussels metro and at the national airport, killing 32 and injuring hundreds. A few months earlier, the same cell was involved in preparing the coordinated Paris attacks, which were carried out in November 2015. These incidents gave Belgium bad press: The country was accused of being too lenient with its radicals and amateurish in its counterterrorism approach. After all, it had the highest ratio of foreign terrorist fighters per capita in Europe. Many came from specific neighborhoods like Molenbeek, which gained a reputation for being a jihadi hotbed and no-go zone. Critics also highlighted the long-established jihadi scene in the country, which had already been involved in major international plots in the past, notably the 2004 Madrid bombings. Something must definitely be wrong in Belgium, these critics concluded.

Not all of the criticisms were unfounded. The final report of the parliamentary commission on the 22 March 2016 attacks identified a number of shortcomings in the Belgian counterterrorism approach, in particular a lack of capacity, fragmentation of both the regulatory environment and the information flow, and an imbalance between prevention and repression. Yet there was nothing really exceptional in those findings, as failures of varying degrees are commonly identified in the aftermath of terrorist attacks. Some criticisms also conflated a seemingly failed counterterrorism approach with a supposedly “failed state.” While it is true that the Belgian institutional set-up adds a layer of complexity to the crafting of a coherent approach, things are not necessarily more complex than in other federal countries, such as the United States or Germany, that must coordinate the work of a large number of intelligence and law enforcement agencies, or even more centralized countries like France, where the lack of cooperation between various services has been pointed out on various occasions.

Belgium-bashing has now passed out of fashion, but it continues to shape the perception of the country’s counterterrorism policies in some circles. Stereotypes die hard, but such biased perceptions fail to recognize the major developments that have taken place over the past few years. In spite of its small size and limited resources, Belgium is at the forefront of many initiatives against violent extremism.

In a report published by the Egmont Institute, we have described how the Belgian response to the issue of foreign terrorist fighters (FTF), particularly those returning from Syria and Iraq, has evolved since 2012. Based on a series of interviews with key stakeholders, we found that the Belgian approach has developed to become more systematic, comprehensive, and coordinated. This reflects a broader policy shift from a narrow counterterrorism approach solely based on law enforcement and intelligence gathering towards a more comprehensive approach that combines repression and enhanced prevention.

The first departures by Belgian nationals to Syria in 2012 triggered little reaction from authorities. After all, Belgians had left for Afghanistan, Bosnia, Chechnya, and Iraq before. But when it became clear that the phenomenon was reaching an unprecedented scope, Belgium was the first country to flag the issue at the European level and to warn about the risks of returning fighters. The awareness of this budding danger was essentially limited to the intelligence services, however. The first wave of returning fighters, in 2013-14, was therefore treated with the traditional tools of intelligence and criminal justice. But a number of actors, mostly at the local level, were unsatisfied with this approach. They were confronted with growing numbers of returning fighters, many of whom were known to the local police for juvenile delinquency or petty crime. As early as 2013, some municipalities (Antwerp, Mechelen, Vilvoorde, Brussels, and Liège) reinforced local prevention units, traditionally dealing with crime prevention, by appointing so-called deradicalization officials. These new officials were tasked with mapping the phenomenon and stemming the flow of “Syria travelers” by developing innovative efforts to prevent radicalization and violent extremism.

A series of terrorist attacks in 2014 and 2015—the attack on the Jewish museum in Brussels, the foiled jihadi plot in Verviers, followed by the Charlie Hebdo attacks in Paris—were a catalyst for policymakers at the local, regional, and national level. The federal government adopted a series of counterterrorism measures in January 2015, and more followed in the wake of the November 2015 Paris attacks. This notably included a revision of the “Plan against Radicalism” (Plan R), the document guiding the work of security services in counterterrorism; an increase in resources for security services; a reform of the penal code to criminalize a number of terrorism-related offenses (including traveling for terrorist purposes); and the establishment of a new service to monitor radicalization in prison.

Since 2015, as a result of all these measures, the Belgian response to FTF and returnees has markedly improved. The approach to returning foreign fighters has been more systematic: They are all arrested upon return—both men and women (which was not the case previously, as women were initially seen as victims if they traveled to Syria)—and most of them are placed in detention until their trial. Once convicted, there is now a clear policy with regard to their detention; they are dispersed among prisons and inmates, as opposed to being separated in isolated units, though some exceptions remain and individual security measures apply. In prison and afterwards, disengagement trajectories have become general practice with the aim to convince jihadi fighters to renounce to violence.

Belgium has also broadened its once narrow, security-driven counterterrorism approach to develop a more comprehensive policy. It has developed tools spanning from the prevention of radicalization to disengagement. With regard to returnees, there is now a relatively clear pathway from prosecution to release. Belgium arguably had been lagging far behind some of its neighbors in upstream prevention efforts, especially compared to the Netherlands, but it is now quickly catching up. This new, big-picture approach shows promise, but it remains hard to gauge the effectiveness of the myriad programs that have been launched since 2015.

Finally, the coordination of the various services (from prevention to security) and policy levels (from local to federal) has significantly improved. In recent years, Belgian authorities have created shared databases and established new platforms to facilitate the exchange of information. Most notable among these are the security-centered Local Task Forces, composed of police and intelligence, and the prevention-focused Local Integrated Security Cells, which bring together local prevention officials and police under the chairmanship of the mayor.

Belgian counterterrorism policy is all still a work in progress. There are still a number of weaknesses and vulnerabilities in the Belgian approach. Two years are not enough to overcome all the shortcomings identified in the parliamentary report. Prisons, some of which are overpopulated and under-staffed, remain a less than ideal environment for programs on disengagement and reinsertion of jihadi convicts, even if significant progress has been made. Other major challenges include the monitoring and mentoring of veteran jihadis after their release from prison, especially given the relatively high rates of recidivism in Belgium. Another thorny issue is the return of children from Syria and Iraq. Although the government has clarified its position in recent months, now considering children below 10 years old as victims while treating those older on a case-by-case basis, it will remain a serious social challenge with potential security implications over the long term.

Today’s concern comes less from the fact that Belgium’s approach is still developing to address these remaining vulnerabilities than from the fear of seeing this progress abruptly stopped. The changing security context following the collapse of the Islamic State’s caliphate is evident in the recent decision to lower the threat level in Belgium from 3 to 2 (on a scale of 4). This decision was based upon a series of indicators, such as the waning flow of foreign fighters from and to Belgium, the absence of new plots or attacks, the decrease of terrorism-related judicial investigations, or the limited impact of the Islamic State’s propaganda in Belgium. There is, however, a real danger that political authorities misinterpret this signal as a green light to divest resources to other priorities and dismantle the recently adopted prevention-security arrangements.

Belgium has no silver bullet against radicalization and terrorism, but it is time to reassess where its policies stand. Much has been accomplished over the past few years. A number of good practices have emerged; they were learned the hard way, and could now possibly inspire similar measures elsewhere. At the same time, the Belgian approach remains in the making. It must still be consolidated and sustained over time, otherwise it will be yet another lost opportunity for both Belgium and its partners.