Home > Publications > From survival to revival: The Riga Summit 2015 and the revised ENP

From survival to revival: The Riga Summit 2015 and the revised ENP 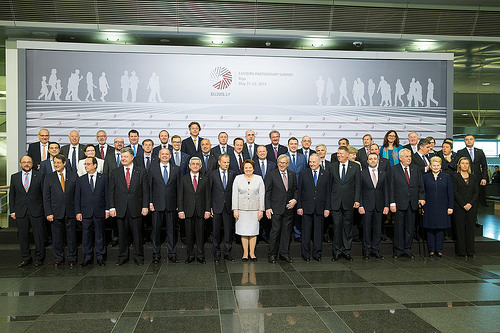 With the European Parliament’s July report on the revision of the European Neighbourhood Policy (ENP) calling on the Commission to ‘go back to basics’, this article argues that such a move would be counter-productive and that instead, the ENP needs to move towards the future and break away with the historical elusiveness of this overarching policy. The Riga Summit serves as an illustration of what will not suffice if the EU is to strengthen or even maintain its role in its neighbourhoods. The revision of the ENP is described as 3Dimensional process which needs to yield a concrete and forward-looking new ENP. The recommendations put forth herein map out what a truly revised ENP would entail.