Strategy or stratagem? The European Security Strategy in perspective 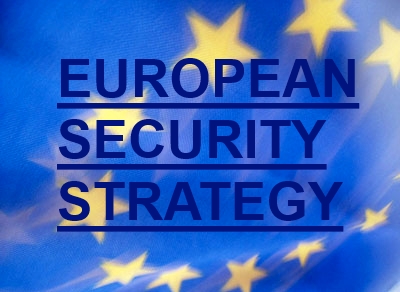 The adoption of the European Security Strategy (ESS), A Secure Europe in a Better World,  by the European Council on 12 December 2003 was a major step for the EU, though not necessarily one with lasting impact. For the very first time the Member States solemnly adopted a common strategic vision for the whole of EU foreign policy. Yet reluctant Member States could still hope, as a number of observers did expect as well, that soon after its adoption the ESS would disappear into some dusty drawer – the key of which some would probably have liked to present to NATO for safekeeping. There was indeed a risk that the adoption of the ESS, which was accompanied by the necessary pump and circumstance, would be nothing more than a one-off demonstration of regained unity after the intra-European divide over Iraq, a step of high symbolic value but with little impact on actual policy-making. A stratagem rather than a strategy…
The ESS has certainly not disappeared however. Quite the contrary, it is omnipresent in EU discourse. In many policy documents and decisions on different aspects of foreign policy, especially those relating to the Common Foreign and Security Policy (CFSP) and its military dimension, the European Security and Defence Policy (ESDP), the guidelines fixed by the ESS are constantly being referred to. They also serve as the connecting thread throughout the trainings organized by the European Security and Defence College (ESDC) for practitioners from the Member States.  In the decision-making process, Member States as well as the European institutions make good tactical use of the ESS: the more convincingly a proposed initiative can be linked to it, the more difficultly it can be opposed. A strategic culture is thus developing at the EU level, i.e. the habit of automatically referring to the strategic framework of the ESS when taking decisions, and the willingness to undertake the actions and commit the means required to achieve those strategic objectives.