Home > Publications > The EU and Ukraine: Strategy and Morality 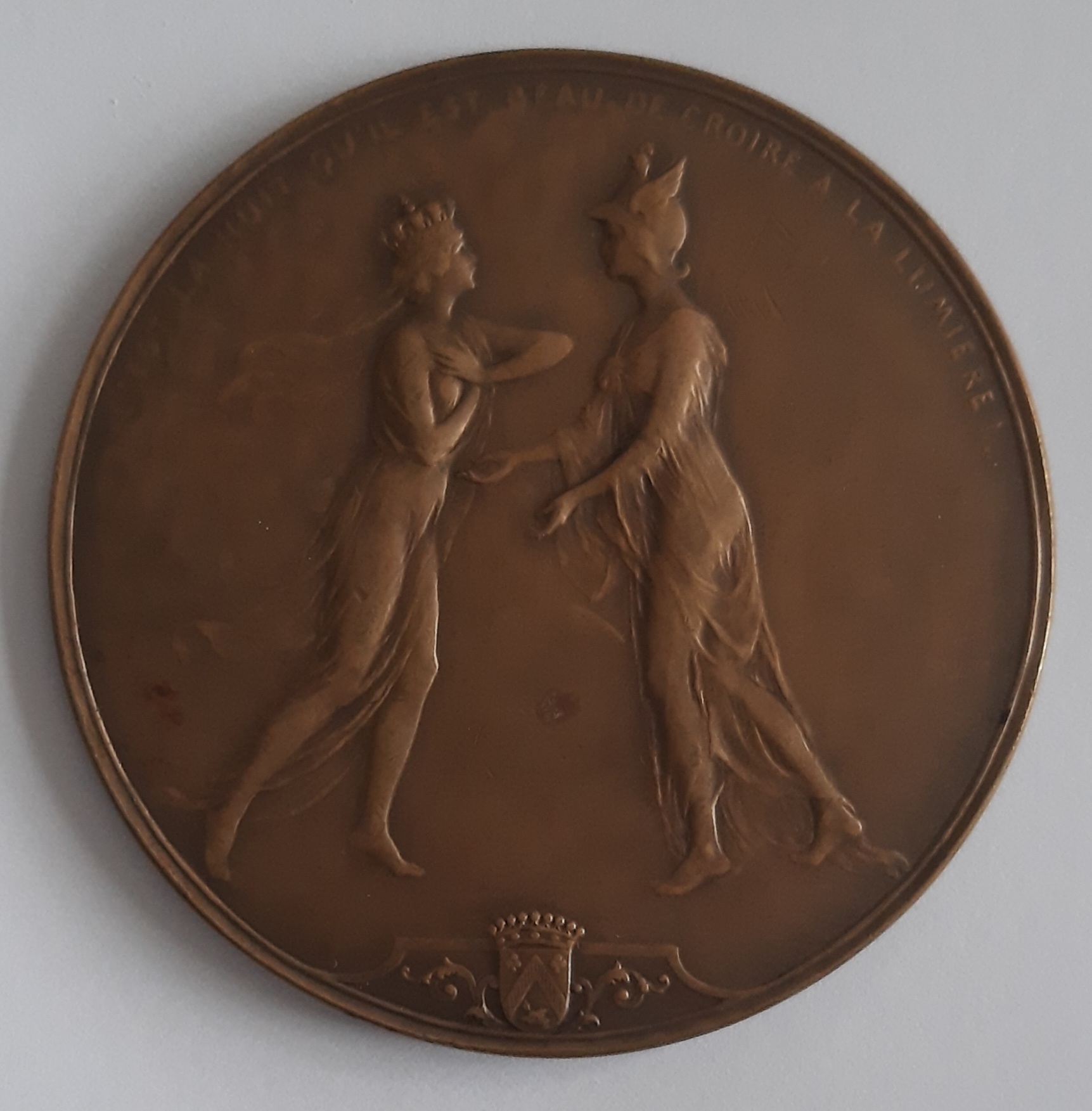 The EU has surprised everybody, not least itself, with its strong response to Russia’s invasion of Ukraine. Yet as the war grinds on, and Russia acts ever more brutally, moral considerations at times trump a sober assessment of the costs and benefits of alternative courses of action. And that is not very strategic.

The EU has surprised everybody, not least itself, with its strong response to Russia’s invasion of Ukraine. Yet as the war grinds on, and Russia acts ever more brutally, moral considerations at times trump a sober assessment of the costs and benefits of alternative courses of action. And that is not very strategic.

As Ukraine developed its European aspiration, it met with a positive reply from Brussels. Always in a spirit of non-exclusivity: for the EU, Ukraine could very well have close relations with Russia at the same time. That was a sound geopolitical insight; Ukraine could have become a bridge between Europe and Russia. The same insight had led Europeans to resist NATO membership for Ukraine (and Georgia) in 2008, but they gave in to the US and accepted it anyway, in the hope that not setting a date would prevent or at least postpone any unwanted consequences.

Russian President Putin was set on restoring an exclusive sphere of influence, however, and so the EU and NATO entered into a geopolitical zero-sum game, whether they wanted to or not.

In 2014, then Ukrainian President Yanukovych’s reversal, under Russian pressure, of his decision to sign an agreement with the EU led to his downfall. When Russia overreacted and invaded, the EU stuck to its guns and supported Ukraine. An Association Agreement and a Deep and Comprehensive Free Trade Agreement linked Ukraine to the EU’s single market, and the EU mobilised over €16 billion for Ukraine between 2014 and 2022.

That EU lifeline was the core strategic decision taken by any actor in reaction to the invasion. From it followed all other responses – EU sanctions, NATO deterrence, and Member States’ diplomacy. Arguably, had the EU not answered the basic strategic question positively (i.e. whether or not to act for the survival of an independent Ukraine), not even the US would have been able to shore up a viable Ukrainian state.

Sadly though, instead of a bridge, Ukraine now became a buffer state. The EU, unfortunately, did not fully adapt its strategy to this new situation. Military support by EU Member States was fairly limited. The EU adopted sanctions against Russia, but those too were relatively limited, and Member States remained basically divided on future relations with Moscow.

Most importantly, little was done to reduce the energy dependence on Russia. Few expected that Russia would invade Ukraine again. For although Russia failed to pull the country back into its orbit, it did succeed in rendering NATO membership impossible by the illegal annexation of the Crimea. The risk of forfeiting the income from energy exports seemed an additional barrier against renewed aggression. And while the energy relationship with Russia worked, it worked very well indeed: cheap energy fuelled the German economic model in particular. With hindsight, diversification would have been the right course, without fully abandoning Russian imports: maintaining the relationship but making it less imbalanced.

When Putin engineered a renewed crisis over Ukraine in late 2021, high-level negotiations took place with the US, without the EU. Belittling the EU was a conscious Russian strategy; nor did the US insist on its presence; and the EU was too divided to impose itself. US intelligence correctly assessed the threat of invasion, but few in Europe believed it, so when on 24 February 2022 Russia invaded on a grand scale, surprise was far larger than (again with hindsight) it ought to have been.

Very quickly, however, the EU shaped a strong response, doing everything possible as a non-belligerent to support Ukraine (i.e. short of entering the war itself): additional financial support; severe sanctions; partial economic decoupling; over €3 billion from the European Peace Facility to fund transfers of arms and equipment by Member States; and a military training mission.

The disbursement of financial support was slow, however. In the energy sphere, the EU struggled to decide which sanctions to apply, and when it made up its mind, Russia retaliated by curbing those gas supplies that the EU – rather naively – had imagined would be unaffected by the war. Military support was limited by the absence of large stocks for the Member States’ own armed forces. Nevertheless, the EU surprised itself, and thus certainly also Russia, by the strength of its response.

On 23 June, the EU went a step further and offered Ukraine candidate status for membership. One could indeed argue that the Russian invasion has made the idea of a buffer state untenable, and that Ukraine can only be viable as a “full member” of the West.

The reality is, however, than unless Ukraine is sufficiently successful on the battlefield to secure a satisfactory peace agreement with Russia, effective membership is impossible. Since the Treaty on Union European in Art. 42.7 includes a military guarantee in case of aggression, Ukraine will remain a buffer state as long as Russia illegally occupies part of its territory. Except, that is, if the members of the EU and NATO alter course and enter the war directly to defend Ukraine (or to react against Russian escalation into non-conventional war, as the US made clear in response to Russia’s repeated nuclear threats).

Candidate status certainly is a very strong expression of political support. But it can also be read differently: as an offer that becomes valid only if and when Ukraine “wins” the war that the EU itself will  not enter – hence not a very courageous offer.

Even without the war, politically and economically, Ukraine would not have been ready for EU membership for at least a decade (and, in fact, the EU would do well not to take in any new members without substantially reforming its decision-making procedures). The war’s destruction has pushed Ukraine further back, though at war’s end the EU will definitely engage in a major reconstruction effort. Strategically, French President Macron’s European Political Community, understood as an alternative to candidate status, would have been wiser: deepening the relationship without creating expectations that cannot be fulfilled.

Has the EU, in its moral indignation, lost sight of strategy to some extent? Strategy should always be based on a rational assessment of the costs and benefits of each course of action. In international politics, there is no such things as unconditional support.

The EU supports Ukraine (unlike many other countries and peoples that are victims of aggression that receive but moral support) because it has right on its side and as long as it is in the EU’s interest to do so. The EU ought to be very clear, therefore, on its objectives as a non-belligerent: (1) the survival of an independent Ukraine on as large a territory as possible; and (2) preventing escalation of the war into the nuclear domain and/or to other states. Developments on the battlefield, and political developments in Kyiv and Moscow, in combination with which costs and risks the EU is willing to bear, will determine what is feasible – and what is not.

Seen from this perspective, it is questionable whether further sanctions packages contribute to EU objectives. Unfortunately, the expectation has arisen that ever new sanctions must be adopted, even though demonstrably they do not influence Russian policies, and often have but limited economic impact. Either the argument for additional sanctions is a moral one, and then all economic interaction ought to be halted. Or it is a strategic one, and then the cost-benefit calculus rather indicates that enforcing the existing sanctions is more important.

Some behave though as if even diplomatic relations with Russia are no longer morally permissible, and reject any interaction as already a concession and therefore unacceptable. Yet the advantage of the EU’s (and the US’) non-belligerent status is precisely that diplomatic channels are kept open, and can be put to use for the strategic objective of preventing escalation. The aim is not now to negotiate, but to send clear messages about red lines, in order to maintain the effectiveness of deterrence.

Framing the war as a global confrontation between democracy and autocracy is similarly counterproductive. The Russian invasion is a grievous breach of the UN Charter. There is no point in pre-emptively putting all the non-democratic members of the UN in the Russian camp. Most are not, and the EU needs quite a few of them on its side, at least for the natural resources that it no longer imports from Russia. Brussels would to best to abandon this moral narrative, therefore, as it is so obviously not true.

Morality does play a role in strategy. It can generate motivation for a just cause, and it sets limits: no course of action that violates one own’s moral code is acceptable. Vice versa, however, a course of action based only on moral prescriptions cannot be allowed to go against one’s interests. The EU is quickly discovering that it is difficult to act as a “geopolitical union”, to paraphrase Ursula Von der Leyen, without a degree of Realpolitik.

Sven Biscop collects orders and medals because they are a piece of history one can hold in one’s hand. Unfortunately, governments continue to create opportunities for the award of war medals. “C’est la nuit qu’il est beau de croire à la lumière”: the message on this French WWI medal in support of occupied Belgium sadly applies to Ukraine today.