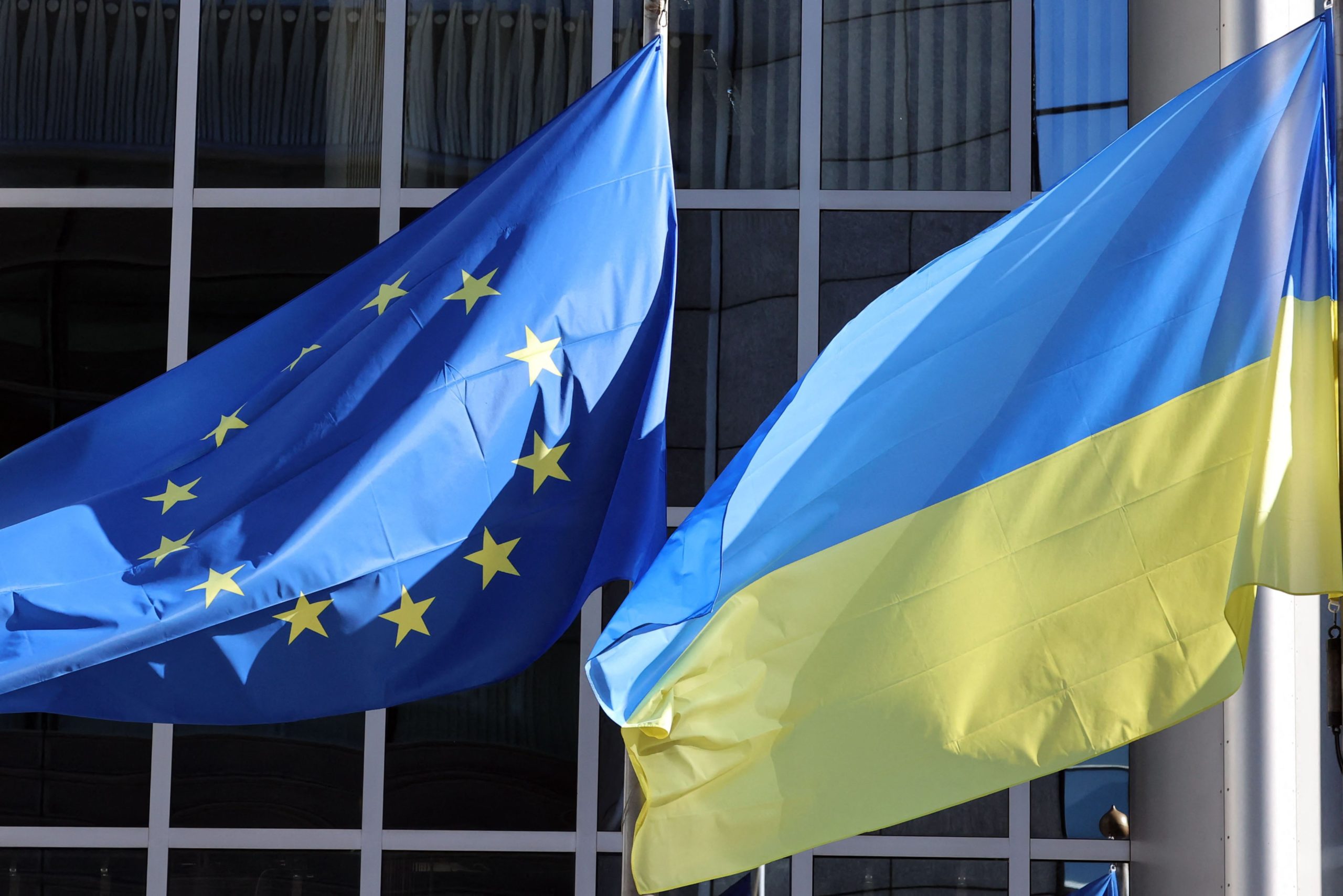 In an extraordinary session of the European Parliament on 1 March 2022, Ukrainian President Volodymyr Zelensky requested from a bunker in Kyiv, while Russian missiles bombarded Ukraine, the EU to give the war-ravaged country a clear path towards EU membership. The day before, Ukraine had submitted its official application to the EU, followed shortly by Georgia and Moldova.

The European Parliament already supported Ukraine’s membership application and called on the EU institutions to work towards granting Ukraine EU candidate status, in line with Article 49 TEU. Offering such a status would be a historic token of support for Ukraine in its self-defence against Russian military aggression. The Versailles declaration, adopted by the heads of state or government of the EU member states on 10 and 11 March, acknowledges that Ukraine belongs to the ‘European family’ without explicitly mentioning the country’s candidate status. Nevertheless, the Council already invited the European Commission to submit its opinion in accordance with Article 49 TEU.

Despite this support for – and recognition of – Ukraine’s application, the road to EU membership remains a long one. Several member states have concerns about Ukraine’s readiness and eligibility for the pre-accession process, the EU’s absorption capacity, and the geopolitical consequences of the Union’s further eastward enlargement. Moreover, the economic consequences of the war will also complicate Ukraine’s concrete progress in its accession process. With Russian tanks and missiles still on Ukrainian soil, discussing actual membership is arguably premature. This may create unrealistic expectations and lead to frustrations in the applicant countries. It will therefore be important to remain clear and transparent about the EU accession procedure and offer concrete and credible incentives for reform and gradual integration in the Union throughout the long and winding pre-accession procedure.

Paired with an unprecedented assistance package and new forms of sectoral integration in key EU policies (e.g. the twin green and digital transitions), the current EU–Ukraine Association Agreement remains the most appropriate instrument to develop this bilateral relationship further. The dynamic nature of the agreement, combined with its open-ended accession perspective, implies that both the EU and Ukraine can reorient it to new and more ambitious forms of political association and economic integration and accommodate it to a pre-accession context on the basis of a staged approach.

Guillaume Van der Loo is an EPC–Egmont Research Fellow and a Visiting Professor at Ghent University.

This Discussion Paper is a joint EPC–Egmont publication, part of a broader partnership that focuses on exchanging expertise and analysis on EU affairs and the EU’s role in the world.

This article was first published by EPC here

To read the full paper, click on VIEW PDF below.