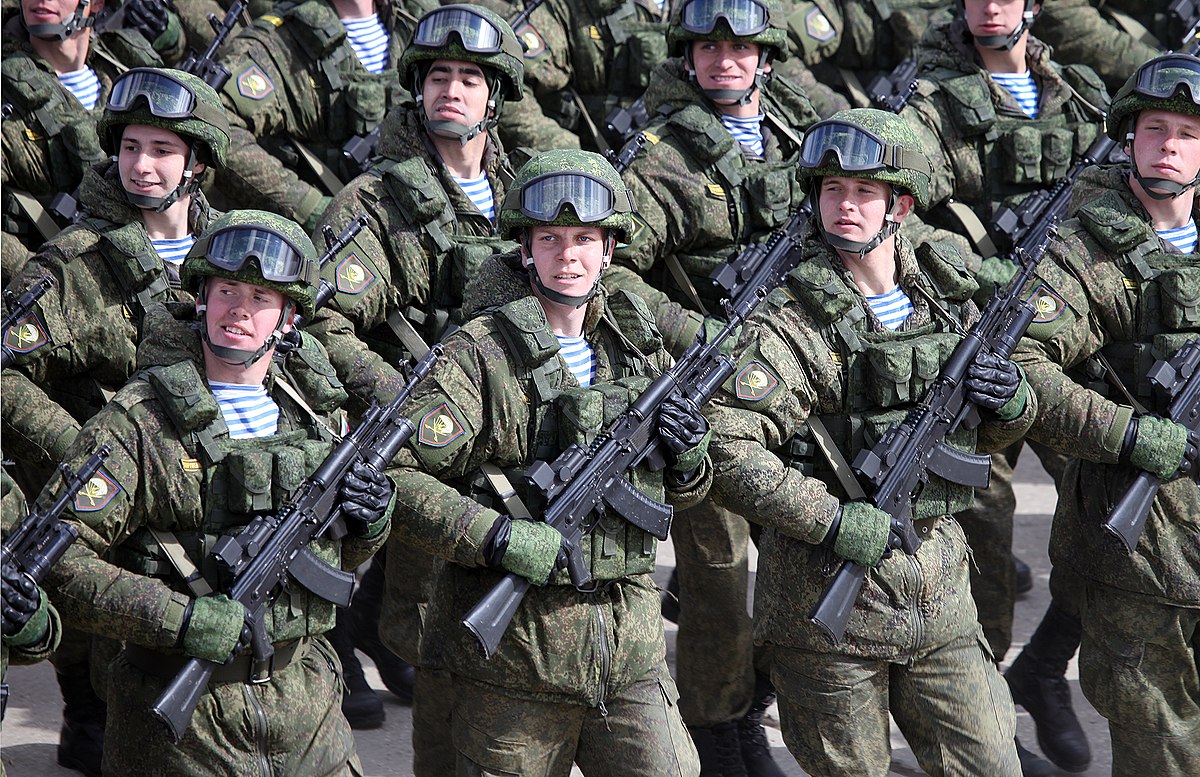 Stuck in the middle between past and future, the Russian army struggles with a manpower paradox as it is simultaneously too big and too small. It is too big to train appropriately, emphasizing materiel above human capital, firepower above manpower, and mass above precision.

Stuck in the middle between past and future, the Russian army struggles with a manpower paradox as it is simultaneously too big and too small. It is too big to train appropriately, emphasizing materiel above human capital, firepower above manpower, and mass above precision. Yet it is too small to match the hubris that goes with Russia’s great power obsession. As a result, the Russian army is still a force in the making, showing varying levels of combat readiness. This is a surprise since the Russian military has been implementing systemic reform and comprehensive modernization programmes for at least fifteen years. It has organized impressive strategic exercises and numerous snap drills, and it has conducted military operations abroad, accumulating combat experience.

Since the era of perestroika, the Russian high command has discussed recruiting contract soldiers (kontraktniki) instead of conscripts (prizivniki) to modernize their forces. Despite the intention to create an entirely professional army, Russia still has a force-in-being, an organization in transition between a mass army and an all-volunteer force. In 2022, still a quarter of their total manpower is conscripted. Concretely, the Russian military counts approximately 220,000 conscripts and 430,000 contract soldiers in the ranks. However, these conscripts are not evenly distributed over the different units: some units are fully professionalized while others count more than 50 percent conscripts. Moreover, it is reported that some units are fully manned, while in others about 35 percent of the posts are unoccupied.

The main reasons why the Russian army maintains a considerable pool of conscripts are economy, necessity, anxiety, and hubris. Based on their monthly allowances, draftees are at least ten times cheaper than contract soldiers. There are not enough contract soldiers available to man Russia’s “one-million-army”. There are officers in the high command who still believe that a mass army with skeleton units and massive reserve forces is the best guarantee to protect Russia from external aggression and, thus, preferable to the much smaller, permanently ready all-volunteer force. Russia wants to be considered a great power, of which military power is the most prominent exponent. Thirty years after the collapse of the Soviet Union, it still casts its shadow over the Russian armed forces.

As the Russian military has become a “sealed-off organization”, secured by an increasingly stringent law, a relentless propaganda machine, and pure intimidation, it is challenging to assess life in the barracks. Officially, it is said that the quality of the conscripts has risen in terms of education, health, and social background. As a result, the Ministry of Defence has reported that dedovshchina and gruppovshchina – notorious practices maintaining informal discipline among soldiers and between ethnic groups – are under control. There are objective reasons to accept that the situation in the barracks has changed for the better. One of them is the reduction of the time of service for conscripts from 24 months to 12. However, based on sociological and demographic data, it may be deduced that the Russian armed forces are still recruiting the majority of their conscripts among the least socially privileged layers of society and Russia’s non-Orthodox population. If true, traditional deviant behaviour and malpractices may continue until today. Lacking objective, organization-wide, and independent data, one cannot deny or confirm the clichés of the past. What is left are conjectures.

Indeed, the lack of democratic control makes the Russian army remain “la Grande Muette” in Russia’s statehood. (Even The Soldiers’ Mothers, one of the most reliable and most vital voices in Russia’s civil-military relations, have lately been qualified as a “foreign agent”). Despite this unfortunate reality, the military is still considered one of the institutions which enjoys the highest status and trust in Russian society. Moreover, the majority of the people support conscription. Russia is a (very) traditional and nationalist country, with leaders supported even in times of senseless war. Yet, Russia is also a phony country. Only 20 percent answer this call of duty whenever soldiers are called for military service, while 80 percent adopt legal and illegal strategies to dodge the draft. This practice, among others, led a Russian sociologist, disappointed with Russia’s failed democratic experiment, to call his compatriots “servile double-thinkers with no morality”.

Contrary to what has been propagated and what Western military analysts had expected, the Russian army has underperformed in Ukraine. To the surprise of many, the Russian military has shown not to be the modernized military machine it threatened to be. Instead, we have observed an army organization struggling with Russia’s structural problems of the past. These are, among others, issues related to command & control, logistics, and the application of high-tech weaponry and equipment on a tactical level. As a result, the Russian armed forces expose their traditional combat behaviour, with a high tolerance for losses and tacit permission to apply brute force. The ruins of Mariupol, the mass graves of Bucha, and the reported looting and rape committed by Russian soldiers – and their denial – are sad but not unexpected testimonies of this combat tradition.

Therefore, the question of the professionalization of the Russian armed forces is not primarily one of recruiting contracted versus conscripted soldiers. Both conscript and contract soldiers may perform well if trained and led well. Ukrainian soldiers are demonstrating this daily. Therefore, not the size of the paycheck is the most critical issue in evaluating the level of professionalization of the Russian army. The true meaning of the professional soldier is how soldiers are fed, clothed, housed, instructed, trained, informed, empowered, motivated, and disciplined. This requires an organizational culture that emphasizes mission-focused command instead of a command-central military culture. The Putin regime, the Russian high command, and Russia’s society at large do not provide high hopes for such a shift of mentality. Secrecy, status anxiety, and apathy are indeed not the ingredients needed to impose the necessary changes. A faint imitation of a misunderstood Western organizational model is all that remains.

However, war is unforgiving and not necessarily a moral endeavour: the victory of “the good” is not guaranteed on purely moral grounds. Given enough time and means, the brute force of the expendable unprofessional soldier may also achieve victory in battle. Therefore, the Russian soldier is not only a victim of the system but also a potential perpetrator, if not a potential war criminal. And that is the real tragedy we are witnessing today.