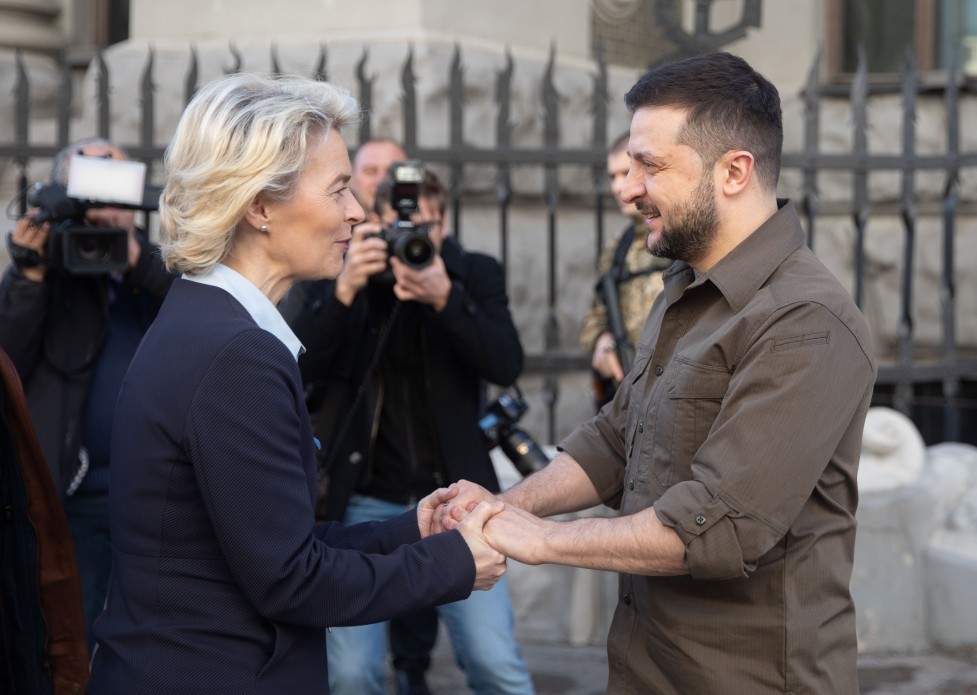 Does the Russian invasion of Ukraine herald the end of the world order? The same was said in 2008, when Russia waged war against Georgia, and in 2014, after its first attack on Ukraine. In reality the system is holding, at both at the European and the global level, but great challenges are apparent.

Does the Russian invasion of Ukraine herald the end of the world order? The same was said in 2008, when Russia waged war against Georgia, and in 2014, after its first attack on Ukraine. In reality the system is holding, at both at the European and the global level, but great challenges are apparent.

The core of the European security architecture are the European Union and NATO (i.e. including the American security guarantee). They work – for their members. The EU and NATO on the one hand and Russia on the other hand respect an implicit limit: the former do not send troops into Ukraine, and the latter withholds from direct military action against them. Thus they avoid a great power war and the risk of nuclear escalation. Which means, of course, that Ukraine pays the price. What does not work, are the broader organisations: Russia purposely broke the rules that it subscribed to in the OSCE and the Council of Europe.

Pretending that Ukraine could join this security architecture was a mistake. Brussels and Washington should have known that Russia would see that as a geopolitical threat. That obviously does not justify Russia’s war of aggression. But since Europeans and Americans have never been willing to go to war themselves to defend Ukraine, they ought never to have put accession on the table. Also not today: Ukraine will not be ready for EU membership for years to come. Its immediate future is as a buffer state between the EU and Russia. The EU should deepen its existing partnership with Ukraine, however, and massively invest in its reconstruction.

The big challenge is the EU’s future relationship with Russia itself. If the war yet ends on a negotiated peace, then the EU and Russia may gradually establish a tense modus vivendi, in which the EU drops some of its sanctions. Europe will permanently import the natural resources it requires from elsewhere, however. The alternative suppliers often are authoritarian and fragile states as well, notably in Africa and the Middle East; their stability thus becomes an EU interest. If, however, the war ends in a military stalemate, without any peace agreement, then the EU must in addition maintain all sanctions, and prepare for a permanent risk of renewed escalation.

At the global level, the system is creaking, but has not broken (yet). Had China chosen to support Russia to the extent that the EU and the US support Ukraine, that would have been a game-changer. Then the world would have fallen apart again in two rival blocs: Europeans and Americans against Russians and Chinese. An economic disaster and the end of climate policy. Beijing sticks to non-intervention, however: it has certainly not diminished its relations with Russia, but it has not stepped them up either. Probably China will make Russia pay a price at a later stage for not having dropped it in its hour of need: lower commodity prices, for example, or access to the Russian Arctic. (Though one wonders whether the much vaunted Artic sea route can be viable if EU-Russia relations remain frozen).

China and Russia always support each other against what for them is US domination. But China also has an interest in the political, and even more in the economic and financial stability that a shared world order provides, in order to pursue its mostly political-economic strategy. (And it is actively trying to gain more influence and shape the order). Russia’s political-military strategy, in contrast, purposely creates instability, not to build a project of its own (such as China’s Belt and Road Initiative), but to thwart any EU and US project.

Russia has now put itself outside the world order. The world may see a “mini cold war”, between the West and Russia, while EU and US relations with China, and China-Russia relations, continue. The West’s geoeconomic offensive against Russia has impressed the whole world, China included. But except the EU and the NATO countries and their traditional partners (Australia, New Zealand, Japan, South Korea, etc.) hardly any country imposes sanctions. Also not big players such as Brazil and India. For the West the war in Ukraine dominates everything now, but many states face other, more pressing problems of their own. Or they feel that from time to time great powers do as great powers do (including the US, when it invaded Iraq in 2003), and are not inclined to choose sides.

The EU and the US cannot assume therefore that the majority of countries will always side with them. Other states care less about what Europe and America are against than about what they are in favour of: what do they have to offer? That is why the Global Gateway, the investment scheme for Africa and Asia and the EU’s answer to China’s massive presence, is of such strategic importance. If it wants to maintain influence, the EU must invest now, in particular in the countries that hold supplies of critical raw materials, and use its development aid to assist countries to absorb those investments. At the same time, the EU must play a proactive role in furthering multilateral cooperation, both in the existing institutions (though the UN Security Council will likely be increasingly paralysed as tensions between its permanent members rise) and in new ad hoc formats.

Much depends, of course, on the evolution of China. If the regime continues to grow ever more assertive, a crisis with the US and even the EU cannot be excluded, leading to economic decoupling. The role of the US is not certain either. Had Trump been president today instead of Biden, would the US have played its leadership role? And had the EU alone been able to help Ukraine to stand against Russia? The chance is real, alas, that a “Trumpist” will win the next presidential election.

For the EU, the conclusion is always the same: diplomatic and defence integration are urgent, and the further strengthening of its economic power, so that in every scenario the EU can put its strong shoulders under the world order. The goal is clear: one world, with one set of rules, to which all states subscribe.

This article was also published in Dutch in De Tijd.

(Photo credit: Official website of the President of Ukraine)