Home > Publications > Thou shalt not arm those who cannot win

Thou shalt not arm those who cannot win 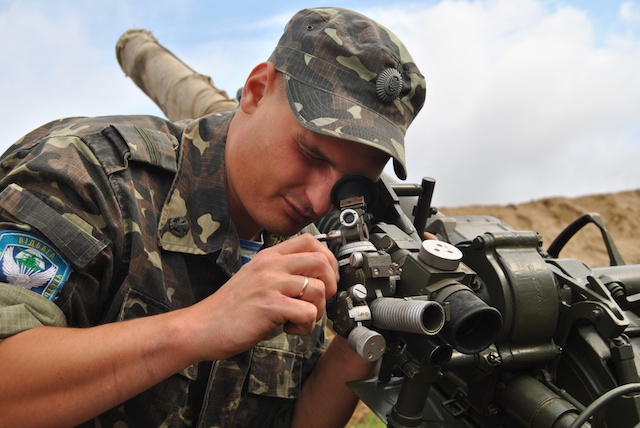 In this article, Sven Biscop argues that Ukraine should not be armed by Western powers for fear of escalating the crisis. He makes a plea for a diplomatic resolution to the conflict.
The article was also published in Dutch in De Standaard, 16 Feb.: “Meer wapens lossen niks op”.

Thou shalt not arm those who cannot win

The most commonly forgotten thing about strategy, though the great authors (Colin Gray, Sir Hew Strachan, etc.) never cease to repeat it, is that there is always another guy with his strategy that is actively trying to undermine yours. Thus, expecting strategy to yield perfect outcomes is, dare one say it, thoroughly unstrategic.

Of course, the Minsk II Agreement brokered by Chancellor Merkel and President Hollande between Ukraine, Russia and the armed separatists in eastern Ukraine is not perfect. That is because it is a compromise – is that not the point of diplomacy? But it does create an avenue that if followed through may lead to a durable and peaceful solution – that too is the point of diplomacy.

The alternative that more belligerent voices advocate is to provide weapons to the Ukrainian government. The most belligerent strategy is not necessarily the most successful in every case however – everything depends on the circumstances. What would arming Ukraine achieve? The most likely outcome is that Russia will simply match any increased military effort by the Ukrainian side step by step. Thus there will still be a stalemate, but at a higher level of intensity. Put bluntly: we will be where we are now, but more people will die because of it. That kind of status quo hardly seems worth dying for. It is easy to be assertive when all one is thinking of is war by proxy, but that is hardly fair to the proxy. Belligerence is but posturing when everyone knows that one will not enter the war oneself.

There is no guarantee that all parties will faithfully implement the Minsk II Agreement, which will require close monitoring. But let us not forget that meanwhile sanctions are still in place – those are not part of the Minsk compromise and can be maintained until the agreement has been completely implemented on the ground. If and when that happens, that would represent a very honourable as well as realistic outcome. The Kiev government stands to regain control of all outside borders, while parts of eastern Ukraine will enjoy some degree of decentralisation (as a Belgian, I would only say: don’t take that too far).

‘Don’t mention the Crimea’ is part of the deal: the European Union (EU) will have to live with the fact that Russia will not return the Crimea to Ukraine. It will become one of those territories with a legal status that we do not recognise but also do not actively try to change. ‘Don’t mention NATO’ is another element: if we are honest with ourselves, we should admit that at least for now we do not want Ukraine to apply for NATO membership, so quietly shelving it is hardly a major concession. Much more important is full implementation of the agreement with the EU, which will directly benefit Ukraine politically and economically.

Merkel and Hollande are to be commended for assuming responsibility and leading European and, de facto, American diplomacy on the Ukraine crisis. Hopefully the agreement that they brokered will convince the other EU member states of the need to stay united and stick with the sanctions. And will convince Obama that he should not give in too easily to the hawkish voices of those who, like McCain, should know better.