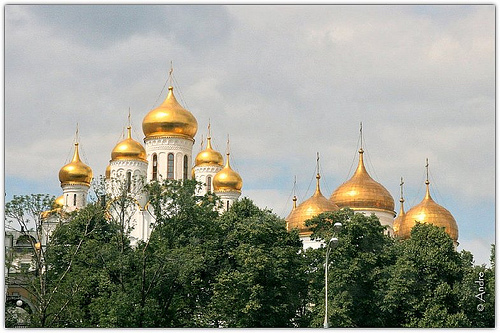 As part of its drive to undo the post-Cold War settlement, Russia has launched a global media campaign to vindicate its actions in Ukraine. It is based on the Kremlin’s narrative of victimhood, in which the West takes advantage of Russia’s weakness following the implosion of the Soviet Union. These arguments, however, are deeply flawed. Moreover, Russian international media do not abide by Western journalistic ethics and standards. The West, therefore, has to systematically refute this storyline and hold Russian media accountable when they transgress the prevailing norms of due accuracy and due impartiality, or give undue prominence to certain standpoints.

At the commemoration of the 25th anniversary of the fall of the Berlin Wall, former Soviet leader Mikhail Gorbachev warned that the world is on the brink of a new Cold War. This is no exaggeration. The events in Ukraine should make it clear, even to the most optimistic or credulous, that relations with Russia have become highly adversarial. Furthermore, tensions show no signs of abating.

Russia is waging a hybrid form of warfare. Hybrid warfare targets both the military and psychological dimensions of conflict. The military component is directed at attaining supremacy on the battlefield. The psychological element aims to gain support and control of populations in the combat zone, on the home front and in the international community.

Hybrid warfare is not new. Warfare has always been about coercing an opponent to do something against his will. The psychological component of power has often been at least as important as more material forms. What is new, however, is that Moscow is carefully rationing its use of armed force to influence the military situation on the ground without crossing a certain threshold and provoking Western military intervention. Russia does this from a position of weakness, confronted with a coalition of powers and alliances that is overwhelmingly more powerful in military, political and economic terms. One could call this geopolitical guerrilla warfare.

Ambiguity and deniability are at the heart of Russia’s version of hybrid warfare. Little green men – Russian regular soldiers – take over Crimea. Putin initially denies Russian involvement but later admits it, bestowing medals on participants. Regular Russian forces posing as peacekeepers invade eastern Ukraine to form the backbone of rebel forces. Putin again brazenly denies the presence of Russian troops on Ukrainian soil, but Russian soldiers are captured inside Ukraine, others are wounded or killed. Objectives are chosen carefully, geared to a limited fait accompli that does not provoke a full-blown reaction from the West. During self-imposed pauses, the Kremlin shows a deceptive willingness to make a negotiated settlement, before carrying on with its next round of military operations.

Russia is stepping up its disinformation campaign in the West in support of its military interventions. At the end of last year, RIA-Novosti, the only balanced official Russian news agency, was transformed into an aggressive propaganda vehicle of the Kremlin and rebranded Rossiya Segondya. While the Kremlin is tightening control over foreign ownership of print media, Sputnik, the radio component of Russia’s multilingual global media platform, is planning media hubs in 30 cities worldwide. Both organisations are headed by the controversial news anchor Dmitry Kiselyov, known for his raving diatribes against the West and all that does not fit in with the Kremlin’s view of what Russian civilisation should stand for. Moreover, the Kremlin’s international TV channel, Russia Today, is setting up dedicated news services in the world’s main capitals. What makes this expansion worrying, is that these services do not work according to the rules that govern Western media outlets. Facts are reported with a total lack of due accuracy and impartiality, and undue prominence is given to pro-Russian views and opinions.

Joseph Goebbels wrote, ‘the most brilliant propagandist technique will yield no success unless one fundamental principle is borne in mind constantly – it must confine itself to a few points and repeat them over and over.’ This is exactly what the Russian propaganda machine is doing. The main messages that the Kremlin is attempting to drive home are that the post-Cold War settlement does not take into account Russia’s interests; that Russia’s holy duty is to protect Russians wherever they live; and that Russia has a God-given right to regional hegemony in the post-Soviet space, denying former Soviet states the right of self-determination. In short, Russia is the victim and has every right to react as it does. Hence Russia’s actions in Ukraine are in accordance with international law and the West should understand and accept this.

This posturing is the consequence of Russia’s superpower hangover. According to the Kremlin, Russia did not lose the Cold War. The West took advantage of Russia’s weakness after the implosion of the Soviet Union and pushed it into the periphery of global politics, cutting it out of European decision making. The West never intended to integrate Russia into European structures and broke its promise regarding NATO’s eastward expansion, though a written commitment was never made. A siege mentality, necessary for Putin’s regime to survive, is kept alive by the looming spectre of Western support for a colour revolution in Russia and the resulting chaos. Finally, Russia’s holy mission is to preserve Russian civilisation and to fight Western moral decadence.

Russian international media do not limit themselves to putting forward Russian views, which would be entirely legitimate as long as they abided by impartial and accurate standards of broadcasting. They do not, however, and instead work in a corrosive manner by systematically calling into question even obvious facts and sowing further doubt through the most far-fetched assertions, if necessary. The more one doubts, the less one trusts.

Russian claims that its narrative vindicates its actions are deeply flawed. They can perhaps explain Russia’s actions, but they do not justify them. Russia apologists – some would call them ‘useful idiots’ – make the leap from understanding Russia’s frustrations to taking them at face value. This is not helpful if one is trying to analyse events objectively, but it does lend the Kremlin a helping hand in spreading its message.

It is, therefore, imperative to systematically refute the Russian narrative and to hold Russian media accountable when they transgress prevailing norms of due accuracy and due impartiality, or give undue prominence to certain standpoints

The copyright of this commentary belongs to the Egmont Institute. It can be quoted or republished freely, as long as the original source is mentioned.