Home > Publications > Two elephants in one room: Sino-American competition and the EU at the Shangri-La Dialogue 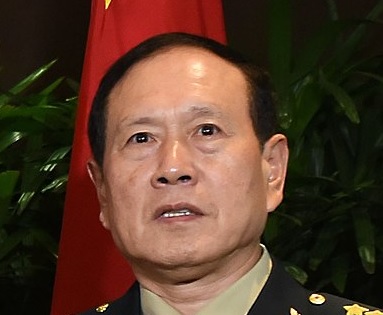 “When elephants fight, the grass suffers, but when they make love, the grass suffers also”: this quote from Singapore’s founding father Lee Kuan Yew became the running theme at the 2019 Shangri-La Dialogue, organised by the International Institute for Strategic Studies (IISS). The two elephants present in the room were of course the United States and China. But what of the European Union?

“When elephants fight, the grass suffers, but when they make love, the grass suffers also”: this quote from Singapore’s founding father Lee Kuan Yew became the running theme at the 2019 Shangri-La Dialogue, organised by the International Institute for Strategic Studies (IISS). The two elephants present in the room were of course the United States and China. Even though the speeches by their respective defence ministers were not as confrontational as they could have been, the tension was palpable for all of us in the room.

The Chinese defence minister voiced the traditional position that China will use its military only in defence and does not seek territorial aggrandisement. But in the South China Sea, China has already created bases and stationed forces on islands and artificial features outside its own territory. Not just in international waters, but even in areas located well inside the territorial sovereignty of other states. Theses bases may not have been conquered with guns blazing and flags flying, but the Chinese leadership should nonetheless be fully aware that in the eyes of most, it has already crossed a red line. Other States in the region cannot but worry about this expansive interpretation of Chinese sovereignty, no matter how many reassuring speeches they are offered.

Other powers, notably the US, may choose to react not just by sailing navy ships through the South China Sea, but also by adopting economic sanctions. The US is creating confusion, however, by taking its economic measures so far that it appears as if it considers China’s rising economic power to constitute a crossing of a red line in itself. Such an approach will only increase tensions, and will make it difficult for the US to keep on board many of its allies and partners. Their economies, like that of the US itself, are too closely interwoven with the Chinese economy to entertain the idea that one could cut oneself loose from China.

The EU was strongly represented at this year’s Shangri-La Dialogue too. The High Representative, Federica Mogherini, British Defence Secretary Penny Mordaunt, and French Ministre des armées Florence Parly all took the floor. The latter came accompanied by the aircraft carrier Charles de Gaulle, which docked in Singapore’s Changi naval base. Britain and France both send ships on so-called freedom of navigation operations through the South China Sea, and the latter has invited officers from other EU Member States (including Belgium) to join its ships. The presence of the Charles de Gaulle in Singapore certainly is a strong statement – but in support of which strategy?

A nuanced China strategy is in fact materialising. For the EU, China simultaneously is a cooperation partner, a negotiating partner, an economic competitor, and a systemic rival, depending on the issue at hand. The EU is acting at three levels. First, it is strengthening its home base, safeguarding sovereign decision-making from undue influence by outside powers. A new investment screening mechanism allows the Member States that want to, to limit foreign ownership of critical infrastructure, but this should really become a binding and uniform EU regime. Second, the EU’s connectivity strategy engages with all Asian States. The aim is not to limit Chinese trade and investment, but to convince these States that they have every interest in also building a deep trade and investment relationship with the EU, and therefore in maintaining an open and transparent economic system, unless they want to be sucked totally into China’s (or, in some cases, Russia’s) orbit. Free trade agreements with Japan, South Korea, Singapore and Vietnam are a way of providing these states with an anchor to prevent just that. Third, towards China itself, the EU continues to signal that it wants to work with, not against China, but needs to see concrete action to prove that China really is willing to behave as a partner.

Overall, the EU approach towards China could be described as: cooperate when you can, push back when you must. However, for the sake of convenience too many in the EU seem quite willing to ignore that although no force was used, the result of China’s actions in the South China Sea is the same as the Russian annexation of the Crimea: territorial expansion. The South China Sea certainly is one area where continued push-back is needed. This will demand a lot more political unity than the EU has so far been able to muster, however. If the EU remains as divided as it is, and China can always be sure of its capacity to convince some EU Member State to behave as its willing instrument and block EU decision-making, the impact of deploying the Charles de Gaulle will remain limited.

At the Shangri-La Dialogue, two elephants were on everyone’s mind, not three. Then again, nobody would equate the EU with the grass. Perhaps for once Europe could identify with the bull: a sturdy animal, an economic asset, and peaceful – unless disturbed.

Prof. Dr. Sven Biscop directs the Europe in the World Programme at the Egmont – Royal Institute for International Relations in Brussels and lectures at Ghent University.