Home > Publications > Ukraine putinised: the greatest external challenge to the European Union since 1989

Ukraine putinised: the greatest external challenge to the European Union since 1989 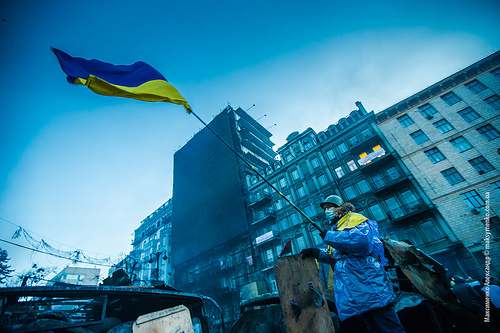 The EU tends to react urgently to the Ukrainian crisis, which is normal. However, this crisis is in many ways the most challenging since 1989. It thus requires a lot of analysis and patience.

The EU has dealt with many crises since 1989, but none has been as challenging as the present one. It is important to see this in a long-term perspective. The Former Yugoslavia was, of course, geographically closer and involved multiple wars and many deaths. However, the civil war remained essentially an internal affair, and Milosevic was certainly not a formidable enemy. Then there was 2001, and Iraq. The 9/11 attacks were devastating (as were the later more limited al-Qaeda strikes in Spain and the UK). However, the enemy in the over-hyped ‘war on terror’ was ultimately quite weak. The Iraq intervention was impressive in its scope, illegality, mismanagement and stupidity. It divided the EU sharply. However, it was geographically limited, distant and Saddam Hussein was also fairly weak. Finally, there was the Arab Spring, which was, of course, messy, with multiple possible impacts, but led to very limited wars (Libya and Syria).

This time it’s different. The countries involved are closer. Ukraine has borders with Slovakia and Romania. Russia has borders with Estonia, Lithuania, Latvia and Poland. Ukraine is a big state, with a lot of resources. It is also a failed state, with a succession of rotten governments and corruption at every corner, and a divided state, with tensions between west and east, and different languages. From a military point of view, Russia is fundamentally different from Serbia, al-Qaeda, Iraq, or Syria. It has a big army, an extensive arsenal and quite a few nuclear warheads. Furthermore, from an economic point of view, thanks to its impressive oil and gas reserves, it has money and can easily cut energy supplies, thus piling on the pressure.

Moreover, the EU is clearly the source of the crisis. It was Yanukovich’s final refusal to conclude the European Association Agreement that provoked popular movements in the streets of Kiev. It is manifestly Putin’s perception of the conflict between this agreement and his project of a Eurasian Union that compelled him to act. We certainly live in interesting times. On one side of the border between Ukraine and Europe, a lot of populist parties (and sometimes hidden populist heads of government) attack the EU for its lack of values, efficiency and legitimacy. On the other side, people are prepared to die with the European flag in their arms. Furthermore, while most of the EU heads of government do not take their common foreign policy very seriously, this is obviously not the case for Putin.

Additionally, there are a lot of fundamental legal principles involved. The Ukrainian/Russian border was absolutely clear and recognized by everybody including Russia in 1994. Now the Russian government has stage-managed faked local occupations in Crimea, sent troops, organized a dubious referendum, invoked “Russian origins” and annexed the province. Such a blatant land grab has not happened in Europe since the end of World War Two. Its acceptance would create huge territorial uncertainties in many neighboring countries. There are a lot of regions formerly in the sphere of the Soviet Union which still contain Russian minorities. Even outside Europe, the stakes are huge. For example, the multiple Asian states presently involved in various maritime litigations (China, Japan, Korea, Vietnam, the Philippines) will doubtless be watching with great interest.

The most worrying aspect of this crisis is that we are most probably only at the beginning. Firstly, it is extremely difficult to see a compromise exit from the present Crimean mess. Under such conditions, the EU cannot recognize Crimea’s annexation, and Putin certainly does not intend to abandon it. Consequently, this will now be a thorn in our flesh for a very long time. Secondly, this mess is bound to increase. Putin is obviously not satisfied and craves in depth control of the entire country. Whether he intends to annex it, subdue it economically, carve it up constitutionally or transform it into a new version of Chechnya is not clear yet. Any one of these scenarios wil, however, aggravate strongly the tension between the EU and Russia. Thirdly, though this is certainly less likely, other territories could later be targeted (Transnistria, Kazakhstan, Estonia – who knows?).

Finally, the management of any aggravated tension will be very complex due to the multiple interdependences between the two parties. Of course, the EU is dependent on Russia’s gas (and not so directly on Russia’s oil). But energy is not the only form of interdependence. The EU also sells a lot of things to Russia (German luxury cars and French weapons, for example). And it is the biggest financial washing machine for Russian dirty capital.

The threat is thus very serious, systemic, lasting and devoid of simple solutions. Nevertheless, pace many old Cold Warriors, this is not a remake of the Cold War. Paradoxically, while the Iron Curtain stood, borders in Europe were generally scrupulously respected. Gas deliveries were also maintained during periods of crises. The EU’s external dependency on energy was much more limited. Now, on the other hand, there are fortunately very few Putinist parties in the EU Member States. We all define ourselves by the list of our friends. In the case of Putin, this means Saddam Hussein, Lukashenko, Assad, Gaddafi, Yanukovich. All people who enjoy killing their opponents, raking in tons of money and using golden toilet seats. This movement is neither communism nor national socialism. It could maybe be called ‘national-kleptocratism’.

In the forthcoming months and years we’ll hear a lot of comments about the West’s responsibility. Former German heads of government (old, or bought in the case of Schröder) will explain the need to understand better Russia’s fears (and by so doing, insult the most courageous efforts of the Russian democratic opposition). Some corporations’ leaders will prostrate themselves in the required Kremlinesque direction. Messrs Orban, Wilders, Farage and Mrs Le Pen will emphasize their proximity to the ‘Russian soul’ (and the hostility toward migrants, Muslims, gays and the USA). All this misses the point. In fact, here the EU’s responsibility is extremely limited. As a matter of fact, it did what it does best: very little, very slowly. In the future, it will even want occasionally to forget that Ukraine exists, but will find this impossible. The present events destabilize – whether we like it or not – the entire border system of Eastern Europe. The EU cannot escape from two basic realities: firstly, as long as Putin is in the Kremlin, there will be no more security on his borders, and secondly, this is the end of the peace dividend.