Home > Publications > What news from the Ukrainian front? A net assessment 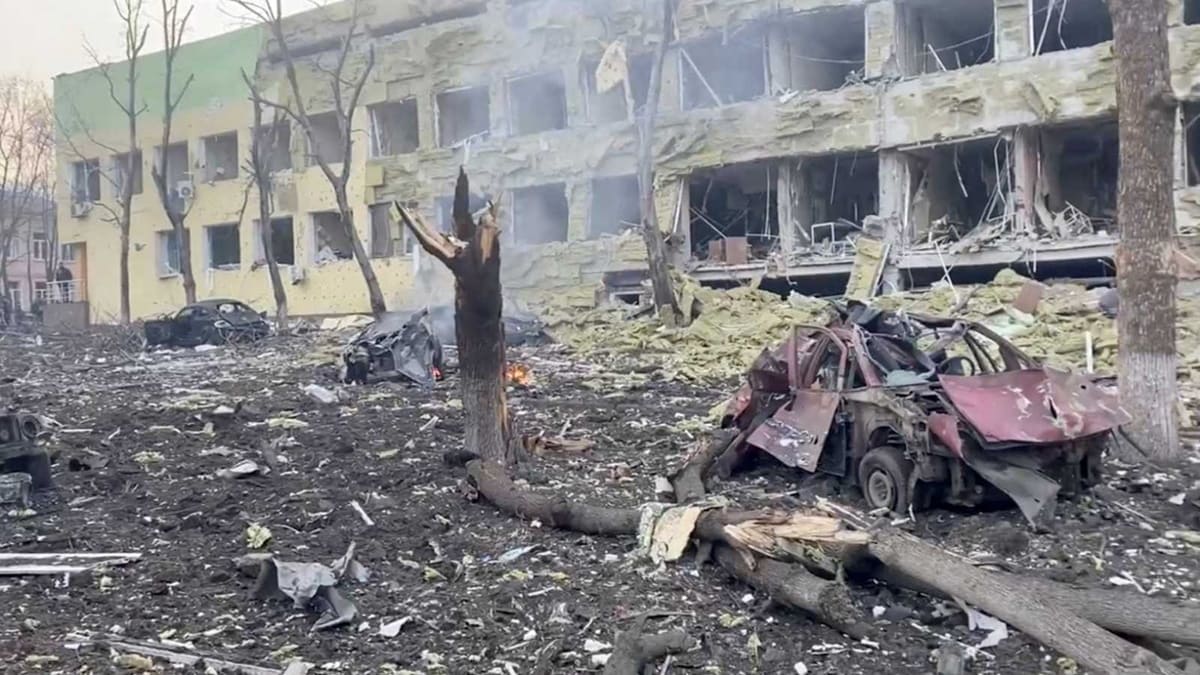 The ongoing bombing of Ukraine may create the impression that the war has become hopeless. In addition, the economic and political consequences are making themselves increasingly felt everywhere.

What news from the Ukrainian front?
A net assessment

The ongoing bombing of Ukraine may create the impression that the war has become hopeless. In addition, the economic and political consequences are making themselves increasingly felt everywhere. The stray missile that landed in Poland three weeks ago is a forceful reminder that the war could turn into a much larger-scale conflict involving the entire NATO. A strategic standoff is looming. Where does this end? The war fundamentally ushers in a more difficult era, with all its policy implications.

Paradoxically, there is today mostly good news to report on the Ukrainian side. Fierce military resistance has upended the original plan of Russian invasion. That Ukraine still exists today is a victory in itself. The successful counter-offensive east of Kharkiv in September, as well as the recent liberation of Kherson and the western bank of the Dnipro, show that with sufficient supplies, Ukrainian forces are operationally capable of recapturing the occupied territories step by step. In doing so, the liberation of each piece of territory invariably provides a powerful boost to Ukrainian morale, despite the horror that has often taken place before.

Less good news is that, at least for now, Russia is not giving up, and is even threatening further escalation. Today, Russia’s main aim is to hold on to the land bridge connecting the Crimea to the Russian motherland. New recruits are being mobilised to defend the annexed territories. In addition, Russia seeks to quell the Ukrainian resistance by means of strategic bombing of civilian targets. In the process, critical infrastructure is systematically destroyed – especially the vital supply of water and electricity. Putin is also explicitly signalling the possible use of weapons of mass destruction, including his impressive nuclear arsenal.

From this balance of power follow three future scenarios. First, there will gradually be more room for negotiations as Russian objectives prove to be unachievable. In doing so, Kyiv wants to regain control of its own territory and obtain additional security guarantees. These demands run counter to what Russia hoped to achieve, but in the meantime the Ukrainian government can join the negotiating table from a position of relative strength. The second scenario concerns a prolonged war of attrition, which continues until either side exhausts itself. Thus, political and military activities go hand in hand today. The third scenario involve horizontal or vertical escalation. Russia could open fire on supply lines towards Ukraine on NATO territory, or intensify bombing of Kyiv and other cities. In the latter case it is not inconceivable that the Russian leadership might decide to cross the nuclear threshold.

Today, the Western strategy is threefold: to deter further escalation against NATO, to continue to support Ukraine throughout the war of attrition in order to facilitate a ceasefire acceptable to Kyiv. This sequence is important: without credible deterrence, escalation is imminent, without sufficient support Ukraine cannot sustain the fight, and without sufficient Russian attrition no lasting peace is possible. It is against this background that we should interpret Navo exercises like Steadfast Noon: they ensure that escalation against NATO cannot pay off, and grant allies the freedom of action to continue supporting Ukraine. The most delicate issue is that the scenario of nuclear escalation on Ukrainian territory may be impossible to deter – precisely because there may come a time when Putin has little left to lose. This raises the question of how Ukraine and its Western partners would respond if such a development comes to occur.

Despite the delicate balancing act this strategy requires, there seems to be little sense of urgency in Belgian policy circles, at least for the time being. Regardless of how long the war lasts, the world will be a grim and divided place afterwards. The parliamentary debates do not suggest that policy-making is in the process of changing gears accordingly. Thus, the strengthening of Belgian Defence continues at the slow pace outlined before the war. The defence plan adopted in June 2022 still states categorically that “armed conflicts between states are unlikely between now and 2030”. While our diplomats are well on top of ongoing dossiers such as the European presidency  of the Council in 2024, our foreign policy still seems to shy away from the most thorny issues raised by this war, such as how to come to terms with further escalation and the disintegration of globalisation. To prepare the country for the more difficult future that lies ahead in the coming decades, a reassessment and recapitalisation of our foreign and defence policies is necessary. What are we waiting for?

Prof Dr Alexander Mattelaer is Senior Research Fellow at Egmont – the Royal Institute for International Relations – and Vice Dean for Research at the VUB Brussels School of Governance.

This article was first published in Dutch in De Tijd and in French in L’Echo.