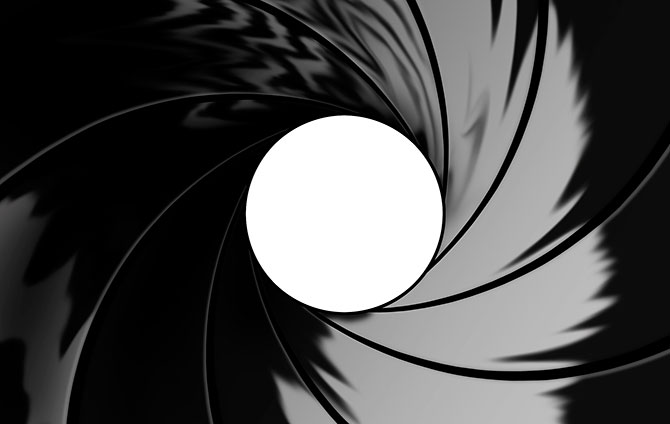 The time has come for Belgium to significantly strengthen its counterintelligence capabilities, as the Russian war against Ukraine will challenge European security in several ways. As host of the European institutions and NATO, Brussels comprises the second largest pool of diplomatic representatives in the world, just after New York.

The time has come for Belgium to significantly strengthen its counterintelligence capabilities, as the Russian war against Ukraine will challenge European security in several ways. As host of the European institutions and NATO, Brussels comprises the second largest pool of diplomatic representatives in the world, just after New York. This reality makes the international city attractive and prosperous, but also turns it into a playground for foreign intelligence services, especially since the Russian invasion of Ukraine on 24 February 2022. Russia, but also other states, including allies, are likely to step up their intelligence efforts on Belgian soil, since the country remains at the centre of Western multilateral decision making in times of crisis.

Current events have painfully indicated the implications a full-scale war on the Eastern European border have on the West, socially, economically, and militarily. Nobody could have predicted Putin’s exact war strategy, as the Russian leader’s long-term thinking is sometimes considered a black swan, an unknown unknown. What can be predicted though, is the increase of Russian intelligence operations in Belgium, and especially Brussels, reaffirming the importance of improving Belgian counterintelligence capabilities. In March 2022, The Special Committee on Foreign Interference at the European Parliament specifically asked the Belgian authorities to boost counterintelligence operations, to prevent infiltrations within the EU-institutions, and rightly so. With the threat coming mostly from anti-Western regimes such as Russia, China, and their proxies, acts of espionage and foreign interference in Belgium are disproportionally high for a relatively small country.

In October 2021, eight undeclared Russian intelligence officers, posing as diplomats, were expelled from the NATO Headquarters in Brussels for spying on the multilateral institution. On 29 March 2022, the Belgian government expelled another 21 Russian diplomats, from both the Russian embassy in Brussels and the Russian consulate in Antwerp, also believed to be involved in espionage activities. Although the true number remains classified, Russian operatives in Brussels are estimated to be in the hundreds, working both under official cover, posing as diplomats or Russian government officials, and non-official cover, also called ‘illegals’, posing as businessmen, academics or journalists. Going back to the annexation of Crimea in 2014, intelligence shows that the Russian military intelligence service GRU received carte blanche from the Kremlin to expand intelligence operations in Brussels, not only spying on the capital, but also initiating influence and interference operations. With the conflict now escalating in Ukraine and tensions rising between Russia and the West, espionage and interference threats in Brussels, and Belgium at large, are likely to intensify over months and years to come.

Belgian counterintelligence should step up its game urgently

The Belgian intelligence community has recently kickstarted a much-needed growth spurt, but it is improbable that this rate of expansion will suffice for an effective counterintelligence apparatus. Below, three important challenges of the expansion are discussed.

Firstly, both the Civilian State Security Service (VSSE) and the Military Intelligence Service (SGRS) are expanding their staff. VSSE is augmenting its full-time employees to 1000 by the end of this administration’s legislature in 2024. Part of the newly trained intelligence officers and analysts will be assigned to the counterintelligence (CI) department, reaching operational efficiency and autonomy approximately 3 to 6 months after training. Nevertheless, given that the Dutch General Intelligence and Security Service (AIVD) has approximately 2000 employees, and knowing that Belgium runs a higher risk of being confronted with foreign intelligence activities compared to the Netherlands, this clearly seems insufficient. SGRS has also been recruiting 81 new intelligence officers and analysts since June 2021, with more expansion foreseen due to the 14 billion Euros Defense investment. The new staff will strengthen several departments within SGRS, notably the CI and cyber directorates.

This steady increase should continue after the end of this legislature, as this short-to-medium term increase in capacity is insufficient to cover the busiest diplomatic intersection in the world. As aforementioned, building capacity and effective intelligence officers does not happen overnight, and should be considered a medium-to-long-term strategy. For example, spotting, assessing, developing, recruiting and ultimately handling human sources, as needed for effective Human Intelligence (HUMINT), takes months and years of time. The whole process of intelligence collection and analysis should be compared to a marathon, not a sprint, and while the explosiveness of the latter might be more direct, it implies a bigger margin of failure, whereas the endurance of the former provides consistent and strong results.

Secondly, when intelligence is collected and analysed, VSSE uses the classic prevent – advise – disrupt strategy to counter espionage, interference or terrorist activities on Belgian soil. A whole of society approach is needed for this tripod to work effectively though, through cooperation with the relevant government institutions on the one hand, and by informing (possible) human targets of foreign recruitment on the other hand. Individuals such as Belgian diplomats, government officials, think tankers, academics, journalists, IT-experts and businessmen and -women, could be targeted by foreign intelligence services because of their strong information positions. Building up societies’ resilience against this type of recruitment is thus essential.

The VSSE is doing this by holding internal information sessions about intelligence, recruitment and how to guard against espionage, and by publishing folders on the topic. Nevertheless, the lack of intelligence culture in Belgium remains, with scarce information exchange between the security services and the public. Informing society about the risks, however, is the first line of defence against espionage and interference, and thus a key factor for the overall effectiveness of defensive counterintelligence.

Lastly, political interest in the intelligence apparatus has been lacking over the years, with 2021 and 2022 finally being transformative years for Belgian intelligence, partly because of the Jürgen Conings case, which served as an unfortunate wake-up call. Substantial investments are made in human means, with an increase in full-time employees, both for the civilian and military intelligence services, and a further professionalisation of training modules for intelligence officers. Additionally, expansions include the improvement of technical intelligence collection capabilities, such as the further development of the cyber intelligence culture (CYBINT), the increase in social media intelligence exploitation (SOCMINT) and the investment in a new satellite and drone technology to increase imagery intelligence (IMINT).

With the EU being the longest standing peace project ever, politicians are not always sufficiently aware of security risks, but seem now to realise that security and stability is not for free, and that strong security services are vital for national security. The fight against hostile foreign actors on Belgian territory is an everlasting security threat, and policy makers have every reason to consider it as such, as Belgium’s privileged role in hosting multilateral institutions inherently obliges it to ensure their secured workings.

In terms of intelligence activities, Belgium finds itself at the centre stage in between the big boys, whether it likes it or not, and efficient and effective counterintelligence is therefore an essential instrument to provide security. The current expansion of the Belgian intelligence community signifies a historical benchmark, but it remains crucial to maintain this growth in the future. Practice makes perfect.

Tom Van Rentergem is a trainee researcher at Egmont. He is a Criminologist and conducts analysis on African conflicts, political threats and national security.